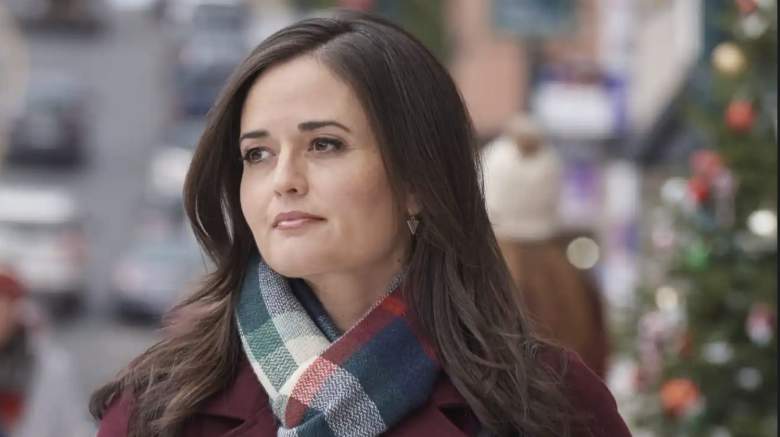 Danica McKellar recently admitted to her followers that she’s struggled with worrying her entire life. She shared the candid sentiment during a video for Great American Family. The former Hallmark star has regularly shared videos with fans, offering advice and other details about her life.

In a short video for the Great American Community platform run by Great American Family, McKellar said she’s working on having more trust and faith to overcome worry.

“I wanted to talk about worry because I’ve always been someone who’s worried my entire life, starting as a kid,” she said. “I always had this sense of responsibility and thought, ‘Am I doing the right thing?’ ‘Am I studying enough?’ “Am I getting good enough grades?” … I’m just really worried. And that has been with me my whole life.”

She went on to say that her focus is on “actively working on it, trusting it and believing that things are going to work out.” She said her new faith has helped her refocus on “having faith in God, having faith in Jesus, having faith that there is a divine plan…”.

The video is part of McKellar’s “Bits of Joy” videos for the Great American Family social media platform. Her episodes premiere weekly.

McKellar has been open about her beliefs. In April 2022, she revealed that she had always been skeptical about Christianity but had recently changed her mind.

“In my life, since I was a child, I became aware of all the hypocrisy in the different religions of Christianity,” she said on Instagram. “…(but now) I’m experiencing a relationship with God and Jesus that I’ve never had before, and it feels wonderful.”

She wrote that she struggled with the concept of forgiveness and asked Bure for a scripture. She said this led to Bure sending her a Bible and inviting her to church. That was when her new journey of faith began.

In November 2022, she clarified that she still supports the LGBTQ community.

Sharing the news on Instagram, she wrote, “I’m a new Christian and I’m so grateful for that. As I have always done, I celebrate all forms of healthy adult love and support representation. … My husband and I had the privilege of attending my good friend’s beautiful wedding with his husband in Mexico earlier this year. At the time we thought this was one of the purest expressions of love we had ever seen.”

She continued, writing, “The idea that Christianity would judge any form of love just baffles me. I’m new to my faith journey, but as far as I can tell, Jesus loves and includes everyone. It’s kind of His business…”

McKellar signed an exclusive deal with Great American Family in 2021. A Great America Family rep confirmed to Heavy at the time that the exclusive deal means McKellar would only shoot rom-coms and vacation films for GAC Family for the duration of her contract. The press release states that the contract runs until 2023.

However, her contract doesn’t prevent her from working with Hallmark on mystery films, which McKellar says she’s interested in. In response to being asked if she would do more MatchMaker Mysteries films, She wrote, “They decided last summer to stop making them, along with many others! 🤷‍♀️ Let them know how you feel; I would like to do more mysteries – many of us would. 🤗”

The Resident Rulebreakers Podcast asked for clarification as McKellar has signed an exclusive deal with Great American Media.

McKellar answered: “Hi! I love a lot of people on and off camera on both channels… and I’m only exclusive to GAC for rom-coms and Christmas movies. Hope you have a nice night!”