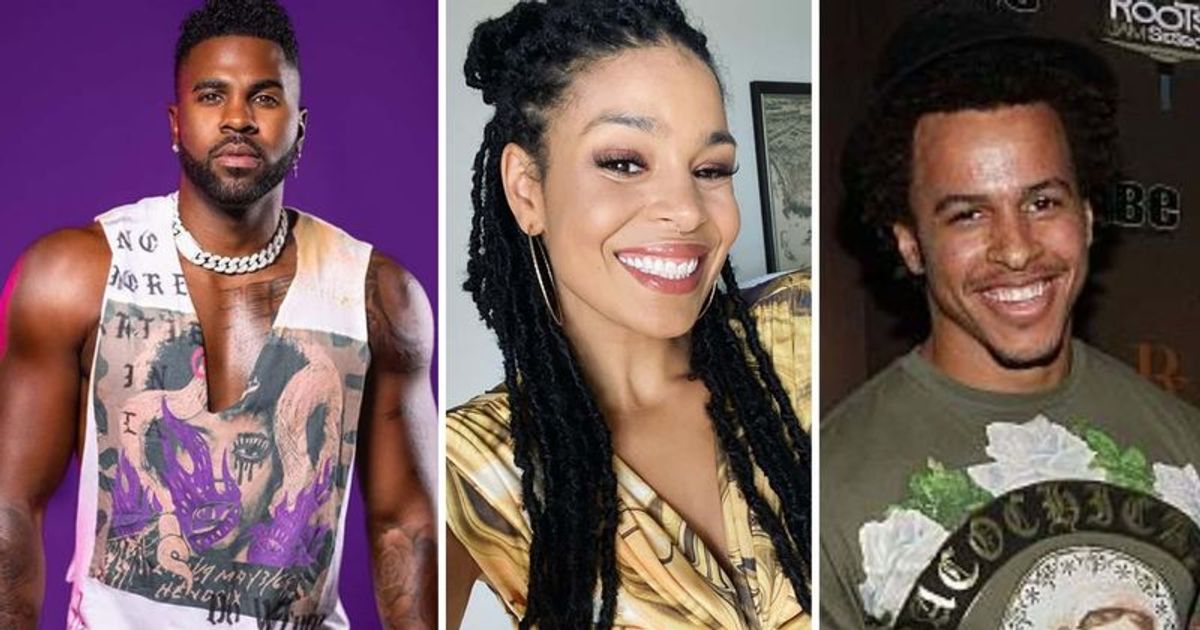 Ahead of the season 31 premiere of “DWTS,” let’s take a look at Jordin Sparks’ love life before she married Dana Isaiah

LOS ANGELES, CALIFORNIA: Jordin Sparks is an acclaimed singer who rose to worldwide fame and acclaim by winning the sixth season of ‘American Idol’ in 2007. After winning fans’ love as a singer, Jordin is ready to surprise audiences by showing a different side of herself. This time as a dancer in the much-discussed 31st season of “Dancing with the Stars” alongside professional partner Brandon Armstrong.

Professionally, although she has become a star today, her personal life has never been smooth, especially in failed relationships. As she’s moved on in her life and has been married to Dana Isaiah since July 2017, has it ever occurred to fans that even her dating history might be star-studded? Ahead of the season premiere, we look at singer Jordin Spark’s dating history.

Dancing with the Stars season 31: Valentin Chmerkovskiy teases fans with looks at Gabby Windey at rehearsals

Jordin Sparks and Grammy Award-winning singing pop star Jason Derulo dated from January 2012 to September 2014. Derulo had confirmed their romance in January 2012, although the duo had been dating since September 2011. The ex-couple, who never shied away from making a public declaration of love, shocked their fans when the news of their split was officially confirmed. E! News revealed that the couple had split in a September 2014 article.

An insider told the outlet, “We were told their breakup was mutual, but they still care deeply about each other and will remain as friends in each other’s lives.”

Jordin Sparks and rapper Sage the Gemini were in a serious relationship from May 2015 to February 2016. They dated for almost nine months before breaking up on February 11, 2016. According to an E! News articles from February 2016 said sources said their relationship started out on a great note but deteriorated and didn’t stand the test of time.

“Their relationship started off great, but over time, Sparks had trust issues — and Sage didn’t help with his behavior. They had managed to work things out before, but not this time. After they went through a rough breakup with his longtime friend Jason Derulo, Sparks just didn’t want to go there with Sage again,” sources said.

Jordin Sparks was in a relationship with model and singer Steph Jones from March 2008 to November 2010. The duo broke up in November 2010. According to a September 2012 BOSSIP article, Jones opened up about his fights where he practically lived in his wagon. Even his mother and ex-girlfriend Jordin didn’t know about it because he kept it a secret from both of them. He said: “We didn’t live in the same state. I mean, my mother didn’t even know. If my mother didn’t know and she knew everything, I could hide it from everyone.”

Jones also shared that he had been living on a tight budget. Jones said: “I lived check to check, sometimes my phone had to be turned off. Sometimes I had to choose between putting gas in my car or food in my mouth. Years have passed and I’ve made money here and there, but just enough to make ends meet. At some point the bills started piling up and I ran out of money. The lease on my apartment was up, so I started staying with various friends. Then I felt that my reception was exhausted. Then I thought: I have my car.”

Dancing with the Stars season 31 premieres worldwide on September 19, 2022 at 8pm ET on Disney+.