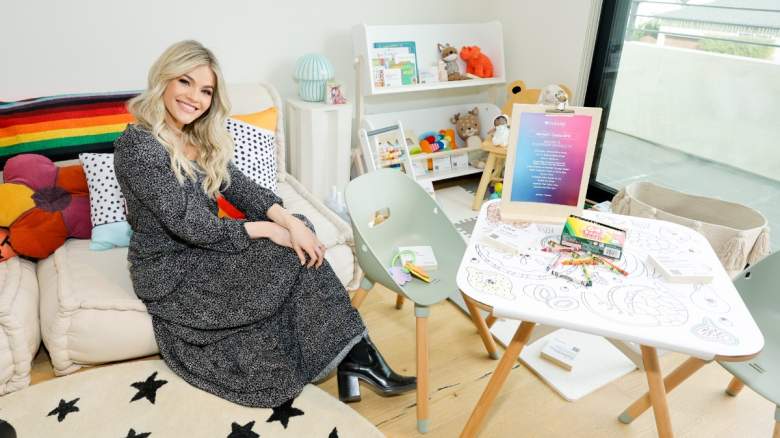 Dancing With the Stars professional dancer Witney Carson is teasing some exciting things about her career in the coming months.

Carson took to Instagram on April 20 to share a photoshoot she took part in, and she teased that her fans should keep an eye out for what those photos will be used for in the months to come.

“My boys who chose me between shoots made my whole day!” she wrote. “I love these two so much…LA, UT and Colorado you might see a familiar face soon!”

In addition to teasing about the photoshoot and the images for it, Carson also teased an upcoming podcast the next day during a question-and-answer session with her followers on her Instagram Stories.

One question read, “Would you ever consider doing a podcast?”

“Yes! Got an announcement on that soon!” Carson wrote in her reply.

Carson would follow in the footsteps of professional dancer Lindsay Arnold, who has a YouTube channel alongside her dancing career, and Cheryl Burke, who hosts the podcast Pretty Messed Up. Many professional dancers and reality TV stars have branched out to create and deliver content for their fans in a variety of ways, including in podcasts.

During the same Q&A session, Carson was asked about the possibility of having a second baby soon.

“How many times this question has come up,” she replied with a laughing emoji. “I want to be pregnant as soon as possible, but I also want it to be a good timing for everything that’s going on in our lives!”

She was also asked if she would attempt a vaginal birth during the next pregnancy or have a cesarean, which she had to have with Leo because their baby was “stuck” under her pelvis, according to Us Weekly.

“I would like to try it [vaginal birth] but I’m not sure if it’s possible…” she wrote on her Instagram Stories when asked. “I’ll have to speak to my OB and see what he thinks is safest! I just want the baby to be healthy.”

Carson recently said she’s not happy to be pregnant again.

During a conversation about author and activist Katherine Schwarzenegger Pratt’s “Before, While, and After” series on Instagram about pregnancy, Carson said she’s not excited about another pregnancy.

She shared that during her pregnancy she had to stop exercising at 30 weeks, which was about the time she was ready to get the baby out of her.

“I had back problems, I wasn’t the bright pregnancy person,” Carson shared.

She added, “I hope my next pregnancy will be different, but who knows?”

CONTINUE READING: Dancing With the Stars winner and fiancé split after 2 years