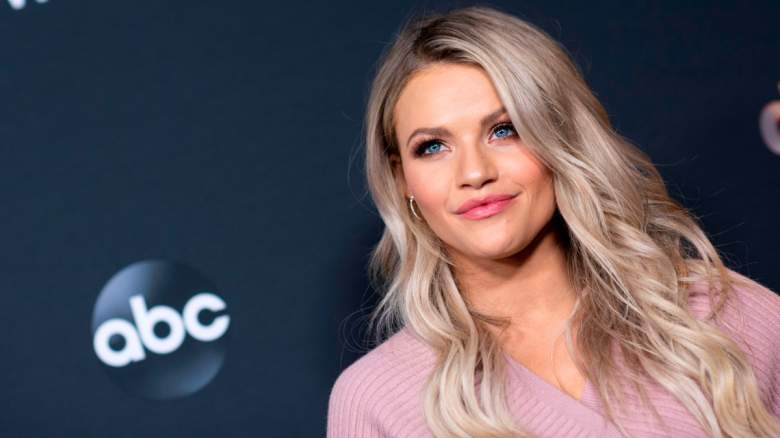 Dancing With the Stars pro Witney Carson took some time to tune out people who criticized her parenting choices during an Instagram Q&A with fans.

During the session, she told fans that her favorite food is pizza and that her son, Leo, is now through his “biting phase”.

“Yes, surprisingly,” she wrote when someone asked about it. “We kept showing him things to bite, and eventually he got the hang of it.”

She also shared some angry DMs from a follower.

In the midst of answering questions, Carson shared some direct messages from a follower.

The first, which appears to have been in response to a post about Leo, reads, “When are you going to cut his hair?????????”

The next message was the same, only with fewer question marks.

“When are you going to cut his hair????” The third message was read alongside several angry emojis.

Carson wrote over the screenshot: “Lol this lady was really worried about Leo’s hair…. Hahaha, I never cut it!”

During the Q&A, Carson also addressed the “Momtok” drama, in which, according to The Cut, TikToker Taylor Frankie Paul, 28, spoke candidly to her followers about the fact that she and her husband are divorcing. She said in the videos that she and her husband engaged in “gentle swinging.” Paul is part of a group of Mormon TikTok moms including Camille Munday and Miranda McWhorter.

Carson is also a Mormon and she had thoughts on the drama.

“I have no judgment as everyone makes mistakes,” Carson shared. “What confuses me is why are they claiming to be people they are not? Just be yourself and don’t claim to be part of a religion that you don’t practice for beliefs – The Church of Jesus Christ of Latter-day Saints DOES NOT teach or condone sexual relations outside of marriage.”

She added: “It’s confusing for those who aren’t in the religion or don’t know about it. I just want people to be informed more than anything.”

Carson also took some time during her Q&A to announce a new podcast she’s working on. This isn’t the first time she’s said she’ll be working on a podcast in the future.

Carson took to Instagram on April 20 to share a photoshoot she took part in, and teased that her fans should keep an eye out for what those photos will be used for in the months to come.

Then someone asked, “Would you ever consider doing a podcast?”

“Yes! Got an announcement on that soon!” Carson wrote in her reply.

This time, Carson simply shared a photo of himself in front of a microphone recording alongside eye emojis.