Dancing With the Stars pro opens up about grieving after divorce 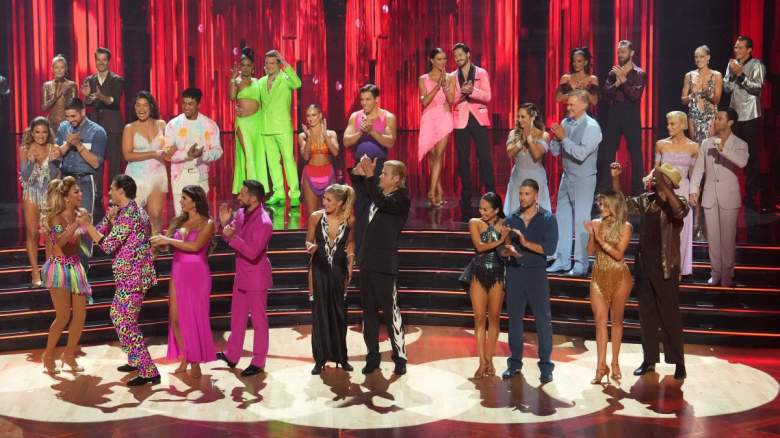 Dancing With the Stars professional dancer Cheryl Burke has opened up about her grief over her divorce from now ex-husband Matthew Lawrence.

Burke has been open with her fans about her divorce proceedings and recently shared with Yahoo! Live about everything that happened and why she decided not to date at the moment.

Burke and Lawrence met in 2007 and dated for a year before breaking up. Then the two got back together in 2017 and reconciled. The two got engaged in 2018 before marrying in May 2019.

Burke filed for divorce in February 2022 after nearly three years of marriage, according to documents obtained by Us Weekly at the time.

In an interview with Nick Viall on The Viall Files, Burke shared that she felt she had to grieve since her divorce.

“I’m fine,” she shared. “I’m here and I’m alive and fine. I’m taking my whole life one day at a time with my sobriety and also my divorce and life in general.”

She added, “My heart is heavy, and you know, it’s like grieving a death because this is someone I’ve spent every day of my life with for the last five years.”

During the interview, Burke explained why she wanted to work on herself during her time alone after her divorce.

“It’s just me and my Frenchie,” Burke told Yahoo! Life. “I’ve been sober for four years now, and with that comes self-reflection. I’m just a sponge and I’m just learning to love myself and really learning to be alone instead of being lonely. I think it’s very important for me to build that relationship with myself so I don’t continue with the same pattern of men and relationships.”

She said she may use a matchmaker if she decides to go on a date.

“I know statistics show they have a high rate,” she said. “It’s not about swiping left to see who looks good and what their job is – it’s about more.”

Burke also appeared to reveal in a TikTok that she kicked her ex-husband out of the house.

“Did you sleep with him or just kiss him?” Burke Mund, participating in a TikTok trend with part of the Amazon Prime series Modern Love. When the voice replies, “I slept with him,” Burke makes a peace sign and says, “Ok bye.”

Burke also wrote, “Kick him out of my house, hire a divorce lawyer, file for divorce,” alongside the hashtags “self respect, peace and boundaries.”

According to Us Weekly, Burke and Lawrence were able to settle their divorce so quickly because they honor their prenuptial agreement.

Lawrence can keep all of his earned royalties and neither will pay spousal support.

According to The Blast, this is not common in celebrity divorces.

“The parties have entered into a written agreement regarding their property and their marital or civil partnership rights, including maintenance rights, the original of which is or has been submitted to the court. I urge the court to approve the agreement,” the document said, according to The Blast.

According to court documents obtained by Us Weekly, the two will continue to try to reach an agreement over custody of their dog, Ysabella.

“The court expressly reserves the right to later clarify the question of ownership of the bitch ‘Isabella’,” the court documents say. “On May 20, 2019, the applicant and the respondent entered into a premarital contract. The (Agreement) is valid and enforceable in all respects and neither party disputes the validity of the Prenuptial Agreement. The terms of the prenuptial contract are incorporated into this judgment.”