“Dancing With the Stars” is nominated for three Emmys in 2022 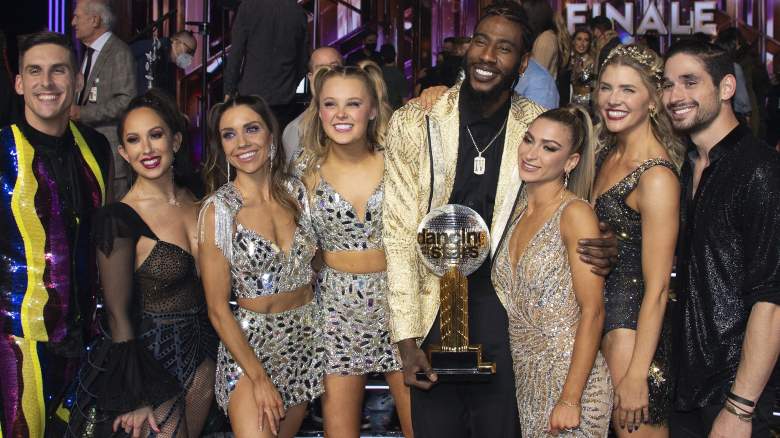 Here are the “Dancing With the Stars” family members nominated for Season 30, which aired in Fall 2021:

When the 2022 Emmy nominations were announced on Tuesday, July 12, “Dancing With the Stars” fans might have expected to see nominations for several season 30 couples — Jenna Johnson and JoJo Siwa for theirs groundbreaking same-sex routines, or maybe the emotional contemporary dance performed by Amanda Kloots and Alan Bersten to her late husband’s song “Live Your Life,” or maybe Judge Derek Hough, who received another nomination for one of his performances, like the Horror Night Performance “Tango of the Dead” with his now fiancée Hayley Erbert.

But the only pro to receive a nomination was Daniella Karagach, who won the Season 30 Mirrorball with partner Iman Shumpert after demonstrating several very creative, unconventional routines. Karagach received a nomination for Outstanding Choreography for her season 30 routines.

Derek Hough was also nominated alongside choreography Tessandra Chavez, but for the special Step Into the Movies With Derek and Julianne Hough, not Dancing With the Stars.

Other Emmy nominations for Outstanding Choreography for Variety of Reality Programming went to Sergio Trujillo for Annie Live, Parris Goebel for Savage X Fenty Show Vol. 3, and Fatima Robinson for the 2022 Academy Awards.

“Dancing With the Stars” is also nominated for Creative Arts Emmys for Outstanding Lighting Design/Direction for a Variety Series for Finale and Outstanding Technical Direction, Cinematography and Video Control for a Series for Horror Night.

Since its premiere in 2005, “Dancing With the Stars” has been nominated for 116 Emmy Awards and won 18 of them, according to the Television Academy website.

In addition, the show has won multiple Emmy Awards for technical direction, hairstyling, makeup and lighting.

Dancing With the Stars returns to Disney Plus this fall for its 31st season.

What does Ten Hag want from a striker at Man Utd?

What does Ten Hag want from a striker at Man Utd?