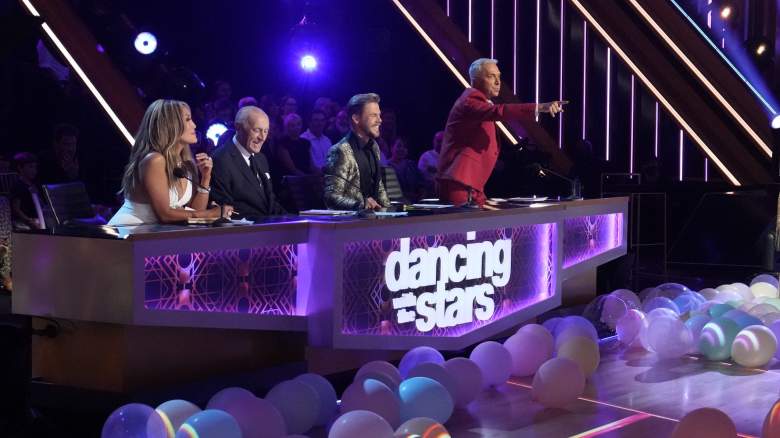 Some fans of “Dancing With the Stars” are already upset with the judges on Season 31 of the show following the premiere episode, which aired Monday, September 19, 2022.

New professional dancer Koko Iwasaki and partner Vinny Guadagnino received scores of four and five after their dance, which put them at the bottom end of the rankings and some fans thought they were judged more harshly than other couples. Some viewers thought so too

However, some fans think the judges were unnecessarily harsh, throwing out multiple fours and fives throughout the night.

To compare the season 30 premiere scores, last year only one couple scored under 20. This year there were two under 20 scores, with multiple couples scoring 21 and 20.

During the premiere, fans shared on Instagram that they thought the judges were being tougher than necessary during the season premiere.

“Ugh, the judges are way too hard on Vinny” one person tweeted.

another wrote, “My summary from @officialdwts… the judges were ridiculously tough on first night dances and also stupid enough to send someone home first night. Jason had room for improvement but wasn’t that bad. Also, Tyra is still a terrible host.”

“I hate how harsh the judges are in week 1 like half of these people have no dance experience of course they won’t be good #DWTS” reads a tweet.

Another person wrote, “The only time I’ve watched and voted #DWTS in years and @PetaMurgatroyd goes home in week 1??? Also, the judges were harsh for no reason, it’s the first week and some of the people have never danced in their lives. Damned. Let her loosen up a bit.”

Some fans found the judges harsh overall, not just when it came to Iwasaki and Guadagnino.

One person wrote, “You were a little hard on Jessie James what the heck!!! Girl was a star for her first dance tonight.. #dwts.

“Sorry the judges were a bit harsh on you @JasonLewis,” one person tweeted. “It’s just your first dance. you can get better #DWTS.”

Lewis and his partner Peta Murgatroyd were bottom of the rankings when they went into eliminations and were sent home at the end of the premiere.

Since Iwasaki and Guadagnino didn’t finish in the final two despite receiving low scores from the judges, it means they have a large army of people backing them. They appear in the second week of the competition, which is themed Elvis Night.

Guadagnino and Iwasaki performed a salsa to Bad Bunny’s “Tití Me Preguntó”. Though the two struggled a bit throughout the performance, falling out of sync at one point and not being fully in sync with each other, the judges seemed rougher on them than other couples, which fans felt were just as bad.

“I DON’T AGREE WITH THE JUDGES!!! Vinny did damn well, everyone voted! #dwts”, she wrote on Twitter.