‘Dancing With the Stars’ fans are asking the show to ‘drop’ Tyra Banks. 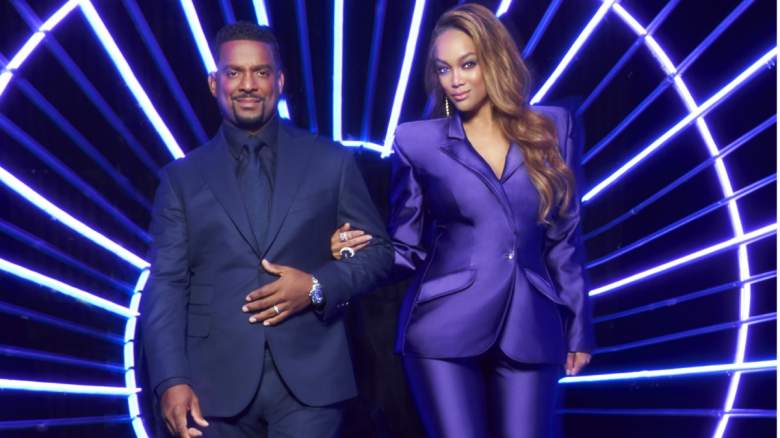 Some Dancing With the Stars fans who watched the season 31 premiere were upset that the show decided to keep host Tyra Banks with it, with some saying they don’t like her moderation style.

Banks took over the show in season 29, following in the footsteps of Tom Bergeron and Erin Andrews, both of whom were fan-loved presenters.

The model has been a polarizing presence since she first started on the show, and some fans hoped she would be fired after the show moved to Disney+.

Some fans took to Twitter while the show aired to share that they are still upset with Tyra Banks.

Another commented, “It’s the time of year I tweet about how much I hate Tyra for hosting #dwts. How can the presenter not know the title of the song he danced to?! And yes, I may be bitter because it was Britney and she deserves better, but come on!!”

“For heaven’s sake, DUMP TYRA”, wrote one person on Twitter.

Another person wrote, “Now when you realize that Dancing With the Stars is on Disney+, there are no ads to interrupt Tyra when she’s talking. #DWTS.”

“Two hosts now and Tyra still talks too much” one person wrote. “What will it take? #LessTyraMoreAlfonso #DWTS.”

Another tweet reads: “Tyra seems clumsy and toned down. I bet because of the #ANTM drama. and I’m here for that, she’s gross.”

Some people think Banks is doing a better job than he has in previous seasons.

“Tyra Banks is doing better than other seasons co-hosting #DWTS with Alfonso Ribeiro,” one person wrote. “I’m glad they are team tag, you already feel it with them. I bet she needed a co-host to make her feel better.”

Others thought she looked great.

“I am so glad that there are 2 hosts again. Everything flows much better. It’s never been a problem for Tyra, just that the show is set up for 2 hosts to #DWTS thrive. one person wrote.

Ribeiro has hosted America’s Funniest Home Videos since 2015, when he was succeeded by Tom Bergeron. Now Ribeiro is following in Bergeron’s footsteps again, as Bergeron was the host of “Dancing With the Stars” until season 29, when Tyra Banks took over.

The Fresh Prince of Bel-Air star shared that he spoke to Bergeron after agreeing to handle the hosting duties.

Speaking to Us Weekly ahead of the season 31 premiere of Dancing With the Stars, Ribeiro shared what Bergeron said after breaking the news to him.

“We talked,” he shared. “I wouldn’t say he gave advice because [it would be] essentially the same advice he gave me when I made “America’s Funniest Videos,” which is “be yourself.” We respect each other enough that I wanted to speak to him as a friend. I wanted to let him know how it went [with] all the love and respect I have for Tom.”