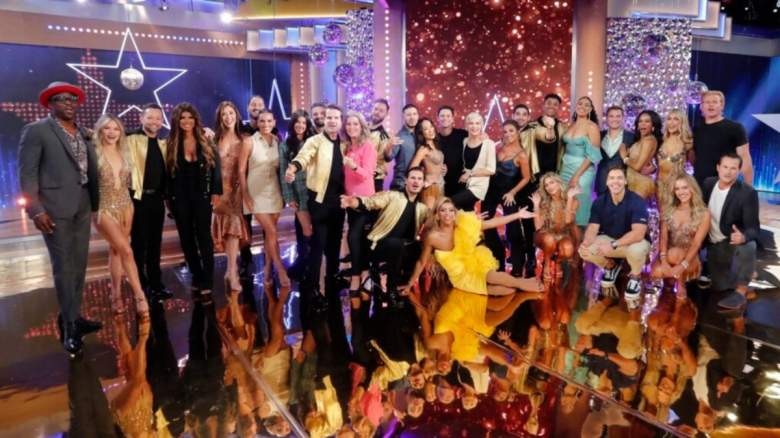 The Dancing With the Stars family couldn’t be happier as professional dancers Peta Murgatroyd and Maks Chmerkovskiy shared that they are expecting their second child.

Other dancers called Murgatroyd’s pregnancy a tough secret to keep.

“Lesssss gooooooooo!!!” Val Chmerkovskiy, who will be the baby’s uncle, wrote. “The squad is gathering!”

Lindsay Arnold and Witney Carson were both in the comments, also congratulating Murgatroyd.

“I AM SO HAPPY!!!! This is the best! Love you guys congratulations,” wrote Emma Slater.

Former Dancing With the Stars contestants Selma Blair, Olivia Jade and Rumer Willis also commented on the post to wish the couple luck and congratulations.

Murgatroyd revealed in an interview with People that she and her husband tried for years to have another baby after welcoming their son Shai in 2017.

The dancer has previously been open about her infertility journey and her IVF hopes throughout the process, although she shared that she had given up hope of going into her second round of IVF.

“I literally prayed to the gods about it, but it’s so funny because I was at a point where I allowed it [the idea of pregnancy] going,” she told People as part of the pregnancy announcement. “I was just about to call. I had called the IVF doctor to start my second round again and I had let it go. As in I thought, ‘If I’m a one-time mom, if I have a child for the rest of my life, I have to be happy with that.’ ”

Val Chmerkovksiy and Jenna Johnson welcomed their first baby together on January 10, 2023.

“Our world has changed forever,” the couple wrote alongside a picture of their hands intertwined with their baby’s fingers. “10/11/23.”

They did not reveal the baby’s name, although they previously said they are expecting a boy.

Daniella Karagach and Pasha Pashkov are expecting their first baby together.

Karagach, 30, and Pashkov, 36, have been together for over a decade. They first met as dance partners in 2009.

“We’ve wanted a family since we got married and we’ve been married eight and a half years, so we’re more than ready to have a baby,” Karagach told People. “We wanted to start planning this year and coincidentally the timing was absolutely perfect. I actually found out I was pregnant on the day of the premiere.”

Carson and McAllister welcomed their first son Leo in January 2021.