“Dancing With the Stars” actor got married in secret 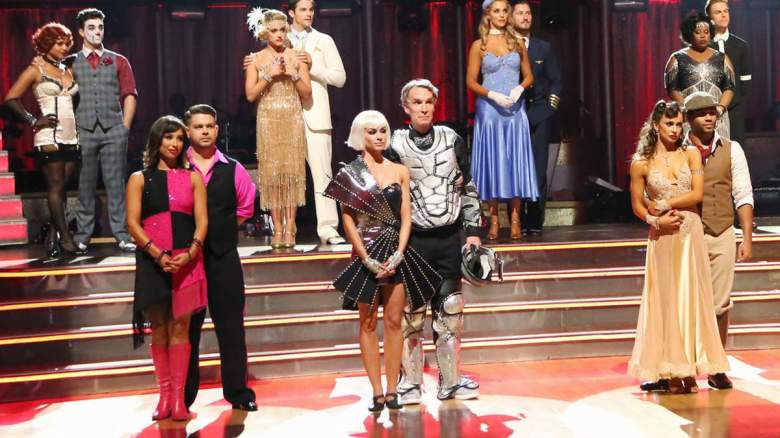 Congratulations are in order for a Dancing With the Stars cast member who wed in secret at the Smithsonian Institute in May. Bill Nye, aka “The Science Guy,” got married “late last month,” he revealed to People.

In an interview with People, Nye revealed he married journalist and author Liza Mundy in a ceremony in the main garden of the Smithsonian Institute’s Castle Building in Washington DC in late May.

Actor Robert Picardo (“Star Trek: Voyager,” “Stargate,” “Dickinson”) served as officiant, though Nye and Mundy wrote their own vows, which a source told People were “equal parts moving and comical.”

The toasts were offered by Mundy’s daughter Anna and Nye’s brother Darby and friend Brian. The couple’s first dance was to Sam Cooke’s cover of the Louis Armstrong classic What a Wonderful World.

Mundy wore a sleeveless satin dress with a mermaid hem, while Nye wore blue stone cufflinks that once belonged to his father.

This is Nye’s second marriage; In 2006 he was briefly married to oboist Blair Tindall.

Mundy is the author of Code Girls: The Untold Story of the American Women Code Breakers of World War II, which chronicles the more than 10,000 women who worked tirelessly to break complex codes during World War II.

“The military and strategic importance of their work was enormous,” Mundy writes in the book (via Christian Science Monitor).

When the book was published, Nye heard that his mother, Jacqueline Jenkins-Nye, was mentioned in the book. She was a cryptanalyst during World War II. In a Kickstarter video for a documentary about Nye’s life, Bill Nye says of his mother’s work: “My mother really believed that women do everything. She encouraged everyone to know math. She was good at math. During World War II she was in the Navy. … She was recruited to work on the Enigma code. There is a lot of mathematics in the Enigma code.”

He added: “She wasn’t Rosie the Riveter, she was Rosie the top-secret code breaker. People asked her what she did during WWII and she said, ‘I can’t talk about it, ha ha ha!’”

When Nye heard that Mundy had written about his mother in her book he emailed Mundy and they started talking and now they are married!

Nye competed on the 17th season of “Dancing With the Stars” and placed 11th with his partner Tyne Stecklein. Nye did in fact injure his leg in week two, but ignored doctor’s orders and recurred in week three, according to US Weekly. After his stilted third-week performance, Judge Len Goodman told Nye, “Bill, to come out with that kind of injury it takes guts, it takes determination and guts… that shows a lot about the man. Well done,” but Nye was sent home that week anyway.

When Nye was eliminated, he felt worse for his partner than for himself, saying at the time: “There are people here who work hard, who are so good. You see them improving every week. I won’t be able to hold out. But what breaks my heart is that Tyne can’t stay home. She is fantastic.”

He added: “Thank you for keeping me for so long. These other people are extraordinary. It was really cool. It was a great experience.”

Nye also appeared in the first season of “The Masked Dancer” on FOX.