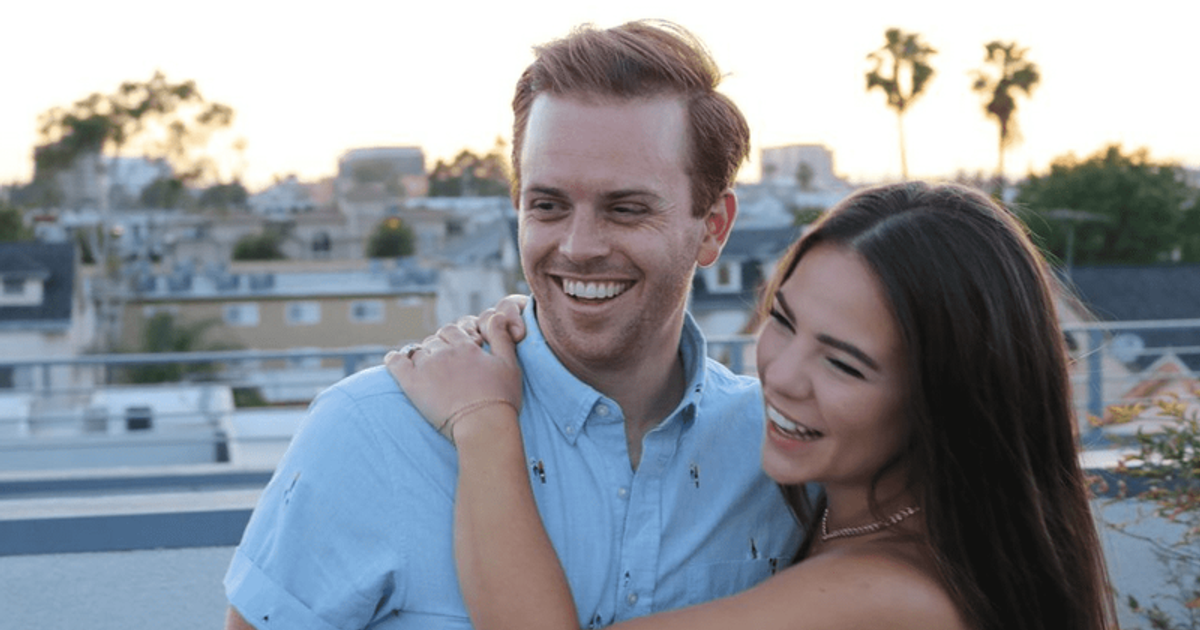 While Jenna Johnson, who is now pregnant, attended the wedding, many of her colleagues were unable to do so because rehearsals for “Dancing with the Stars,” which begins the day after the ceremony, were blocked by camera. After the end of the season, with Cherry working as a backstage choreographer for the pros, the two will embark on a lavish European honeymoon. “We’ll be staying in San Diego I think two nights after the wedding and just hanging out and relaxing and getting more wind in our sails to travel and explore.”

Who is Bryan Agnew?

Since 2018, Bryan J. Agnew has worked in Netflix’s business affairs department. The Los Angeles native used to be an assistant for United Talent Agency, according to his LinkedIn page. Bryan worked as a bartender at Hospitality Unlimited Inc. and The Fat Dog for 10 months before moving into the entertainment industry. His first jobs were recruiter for Insight Global and service professional for Talking Rain Beverage in Preston, Washington (Bellevue). After graduating from Kentwood High School, he was accepted at Bellevue College, where he earned a degree in Liberal Arts and Sciences/Liberal Studies with an Associate of Arts and Sciences (AAS) degree. He later graduated from the University of Washington with an LLB degree. According to his Instagram, he does open mics from time to time.

While Stefano Langone was a band member with ‘DWTS’ in 2017, the two bonded through the former ‘American Idol’ contestant. Bryan, who was Stefano’s roommate at the time, introduced the two. Despite the fact that timing wasn’t on her side, they got back together later that year, and in 2020, 33-year-old Brittany proposed while driving through Malibu Canyon.

When it came to her wedding dress, the ‘Come Dance with Me’ starlet trusted her instincts and knew exactly what she wanted. The ballroom dancer wanted something classic, graceful, sophisticated and not too embellished. She went to Kinsey James in West Hollywood to try on all the dresses and finally settled on the one she found a year earlier. To complement her simple yet exquisite motif, the groom chose his own green suit from Klein Epstein and Parker. “Everything is very classy and my colors are black and white,” Brittany shared of their wedding.

The venue also has personal value for the couple, so choosing where to say “yes” is an easy one. The La Valencia Hotel is a beautiful historic building in La Jolla. It’s reminiscent of old Hollywood. It’s a pink hotel that screams sophisticated, cheerful and colourful.

Since music and dance were what brought them together in the first place, they knew it had to play a significant role in their night. According to Brittany, Bryan was rehearsing Leonardo DiCaprio’s move from “Wolf of Wall Street.” “We [didn’t have] a choreographed dance, but dance[d] to “Love Me Tender” by Elvis Presley. This is a very special song. When Bryan and I revived in 2017, this song was on and it just felt like kismet. It was super early and it was playing and it was a tender moment that we shared and that song, it was just always so special to us. we [had] His best man’s father sings the song live,” Brittany revealed to PEOPLE.

Long Stem Disco provided the blooms for the event while VG Bakery handled the cake. Brittany’s wedding planner, Brenda of Benny & Blaire in San Diego, assisted on the big day, on which the couple sneaked to a secluded vineyard after the ceremony to celebrate alone before dancing the night away with their friends.