‘Dancing With Myself’: Fans lose their composure as Smac transforms into a chair to get to the finale 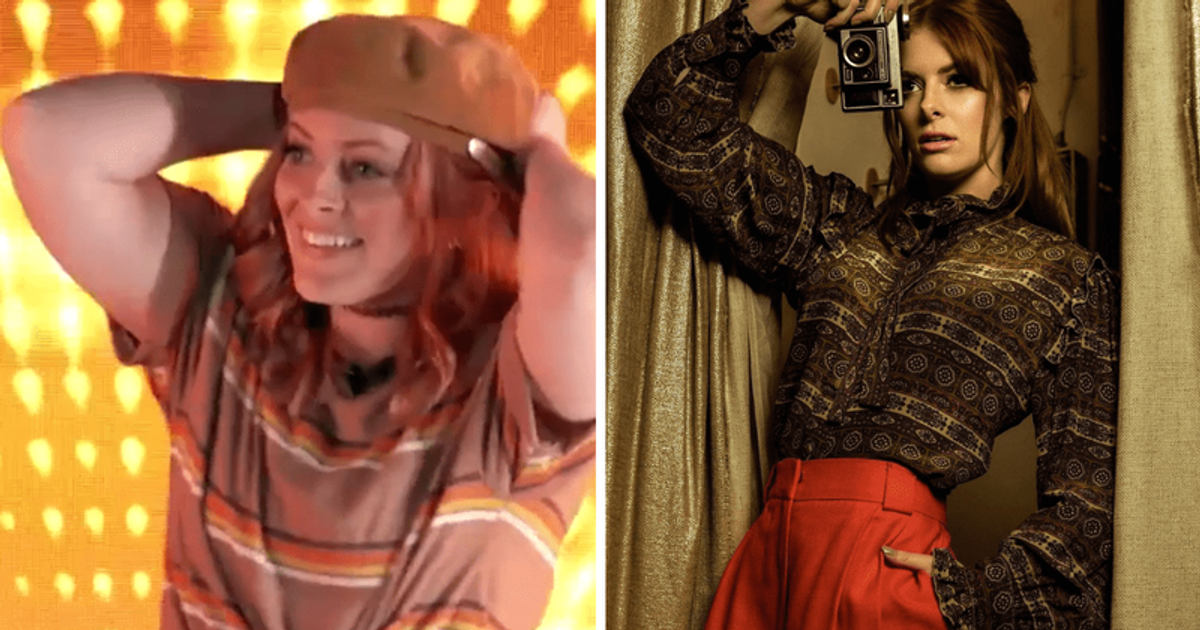 Smac McCreanor, an Australian actress, mesmerizes viewers of “Dancing With Myself” with her unconventional moves.

Smac McCreanor, an Australian actress, took part in NBC’s new show “Dancing With Myself” which premiered on May 31, 2022 at 10/9 p.m. This wasn’t Smac McCreanor’s first appearance at a competition; She previously appeared in season 16 of So You Think You Can Dance.

Smac McCreanor, known for her absurd dancing and slapstick atmosphere, tried to win over the creators and garner the audience’s vote with her performance in “Dancing With Myself.” Pop icons Nick Jonas and Shakira and YouTube star Liza Koshy appeared as celebrity creators on the show, which will be hosted by Camille Kostek. Smacs Moves not only entertained the creators of the show, but also the viewers at home. Smac made it to the finale and caused fans to fall off their chairs when she transformed into one (literally!) for one of her performances.

Who is Smac McCreanor?

Smac McCreanor, a Los Angeles-based choreographer, content developer, and photographer, has appeared in multiple television shows, worldwide stage performances, and music videos. In the last 15 years she has appeared in over 50 ads. Her interest in dance and acting began at the age of five. Throughout her childhood, she competed in national comedy competitions, appeared in short films and television commercials, created and acted in theatrical performances at festivals, and presented mixed media in gallery screenings.

McCreanor deepened her education by enrolling in the Theater and Visual Arts program at Queensland Academy for Creative Industries and QUT University. In 2013, she landed her first major role in Dreamworks’ How To Train Your Dragon. She played Astrid in the film and performed various acrobatic maneuvers and dances. She decided to “officially move from Australia to the United States” after completing the project. Her skills have allowed her to work on a variety of projects in Los Angeles. She has appeared on shows such as CBS’s Liza on Demand, Why Women Kill, and AMC’s Fear the Walking Dead. She has worked with notable companies such as Hoover, Sleepnumber, Google, Sparkle and Honda. Additionally, according to her official website, she has “made comedic sketch/improv appearances on UCB/Second City Hollywood/The Elysian.”

McCreanor is best known for her offbeat slapstick performance and hilarious timing. As of this writing, she has 177,000 Instagram followers, 15.6,000 YouTube subscribers and over 1.9 million TikTok followers. With her partner Ryan Conferido, she founded The Billy Studio and The Boxie Studio, a multi-set production studio in Los Angeles.

Smac’s eccentric dance talent wowed audiences and creators alike as she made it through the first round of “All Eyes on You.” In the Freestyle Battle Round, she takes on plus-size model Jeremy and impresses the crowd with her flawless caterpillar dance move. Shakira praises the Land Down Under contender for incorporating comedy into her dance performance. The round that followed, “The Dance Along,” was a no-brainer for the Aussie creator as she was part of the winning team (with Caitlyn, Marcus and Marco) which choreographed this week’s special celebrity guest Nikki Glaser to perfection brought. In Duo Collabs, Smac teams up with flight attendant Marcus to perform a choreography created by one of the creators, Liza Koshy. Although the pair ended up in a red capsule, Nick couldn’t help but notice their amusing way of crawling in the middle of their dance lesson. Shakira compared the duo’s flawless “in sync” performance to her own and Nick’s. As the audience picked Tyra and Jeremy as the winning combo and the Creators, being able to save two individual contestants, saved Smac and Marcus and propelled them to the semifinals.

Smac stole the show on The Shake-Up session by transforming into a chair when they were asked to use it as a prop in the dance, choreographed by presenter Camille Kostek. Not only did this get the creators, Nick in particular, laughing, but viewers at home also quoted it on Twitter. One Twitter user wrote: “Go ahead Smac kill it as #DancingWithMyself”

Another viewer couldn’t believe what they were seeing, tweeting: “Did she just make her chair??! #DancingWithMyself”

After being rescued by the creators, Smac advances to the final round, Be the Creator. She had to perform a dance she choreographed at home in the finals, to the same tune as the other contestant, Tyra. The audience has a final chance to choose the winner and who will receive the $25,000 prize. Even if Smac falls short of Tyra’s performance, fans on social media are wowed by her dance. One of them praised her performance and crowned her favorite: “#DancingWithMyself SMAC is my favorite!! Sha dances sooooo good!!!”

Impressed by their performance, one crazed fan didn’t shy away from asking for Smac’s hand, as they tweeted: “#smac #DancingWithMyself #mvp and marry me.”

Tune in to NBC Tuesday at 10:00 p.m. ET to find out who’s taking the capsules to “Dancing With Myself,” or stream it the next day on NBC.com or Peacock.