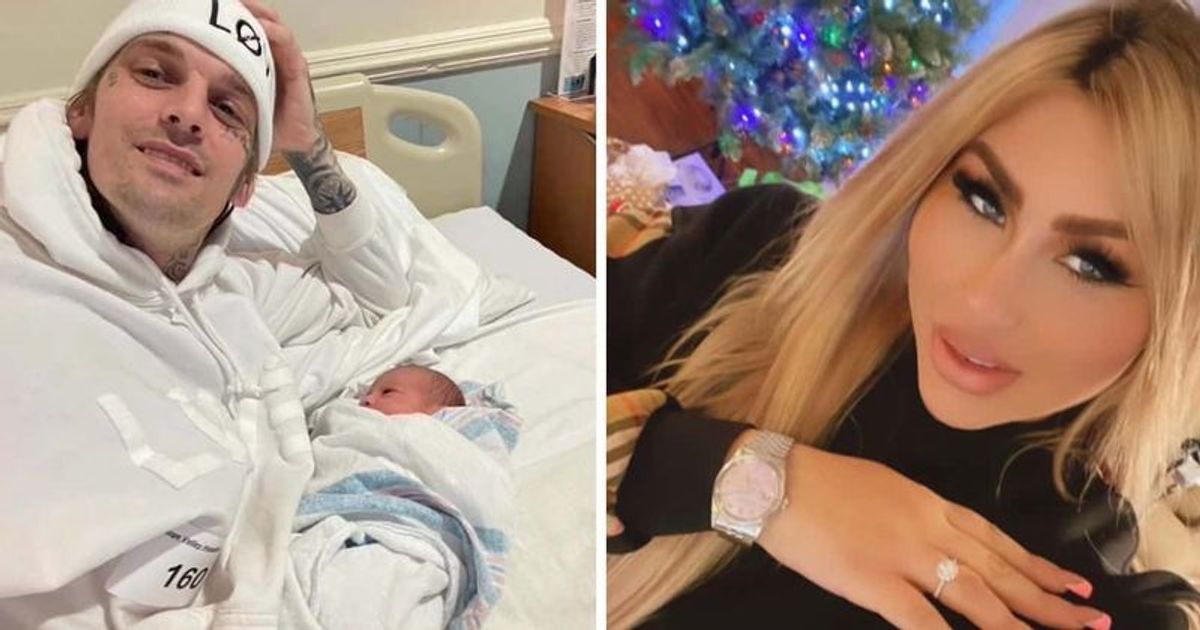 COSTA MESA, CALIFORNIA: Just weeks after the singer’s tragic death at the age of 34, Aaron Carter’s ex-fiancé Melanie Martin put on a brave face as she celebrated their son Prince Lyric Carter’s first birthday at the Chuck E. Cheese. On Tuesday, November 22nd, in Costa Mesa, California, Martin celebrated this moment with her loving family and friends. She held her son carefully in her arms.

Martin carried a large photo collage of the late pop star and Lyric Carter’s birthday cake had a picture of his father. Carter’s presence was felt throughout the evening, the Daily Mail reported. In addition to meeting mouse mascot Chuck E. Cheese, the birthday boy also had the opportunity to high-five the mascot with Martin’s help. Her encouraging friends also showered the youngster with affection. As they walked outside, one of her friends was carrying Lyric Carter while another gently assisted him to take a picture in a Chuck E. Cheese car.

She was followed by Martin, carrying the photo collage. The latter also released a bouquet of balloons into the night sky as a symbolic act. Taking to Instagram, Martin uploaded a short clip and wrote, “Happy Birthday to my Baby Boy Prince Lyric Carter” alongside a cute slideshow of Carter carrying the bundle of joy. She added: “Today is going to be tough for me but I know your daddy is up in heaven playing birthday songs for you. I love you baby boy!!!”

Martin also posted a clip of a billboard in Times Square in New York City that has a picture of Carter wishing him a first birthday and a picture of Lyric Carter inside. She uploaded this clip and wrote: “Happy Birthday Prince! Words cannot describe how I feel, thank you for all the love and support. I ask everyone to keep a positive attitude, take a moment, light a candle and play Favorite Aaron Carter song! We all appreciate you so much! From @missmelaniemartin @mattykevs @checkthestar and the supporters! happy first birthday!”

Martin also shared a story previously posted on Carter’s account in which she wrote, “I promise to take Prince on dirt bike rides. I know how excited you were before he was even born.”

On November 5, a member of Carter’s management group provided information confirming his death. The cause of death was not disclosed. The Hollywood Reporter was then informed by a spokesman for the Los Angeles Police Department that a suspicious death had occurred at Carter’s address, although the identity of the deceased could not be confirmed, Billboard reported.