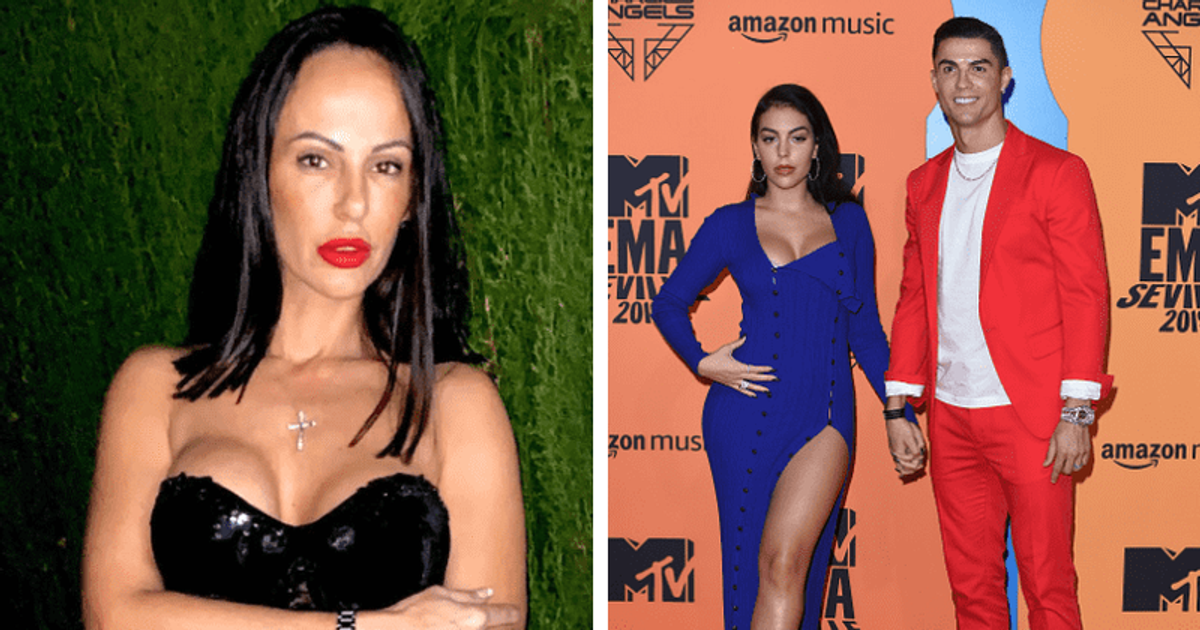 MADRID, SPAIN: Cristiano Ronaldo’s ex-partner Nereida Gallardo, who he dated for eight months in 2008, has said the soccer star’s current partner Georgina Rodriguez may have had cosmetic surgery to look just like Kim Kardashian. Gallardo, 39, owns a beauty salon in the Balearic Islands. Although Gallardo has never publicly revealed that she went under the knife, the small business owner used Ronaldo’s new partner as an example of a celebrity who could have undergone the procedure.

Nereida made an absurd comparison, posting an old, undated photo of Georgina and a more recent selfie to demonstrate how her appearance has changed. “Today we’re going to talk about rhinoplasty or rhinomodeling,” she wrote after adding red arrows pointing to the woman’s nose and mouth. She then explained the difference between the two, saying that one involves surgery and the other non-invasive techniques to “get the nose you’ve always dreamed of.”

Who is Nereida Gallardo?

“Which procedure would you prefer?” she added, prompting her followers to sign up for an appointment. Georgina’s picture was first in the post, followed by pictures of Angelina Jolie, Jennifer Lopez and Kim Kardashian. Nereida took another swipe at Georgina in the most recent post when she posted two more photos of the prankster versus the reality star. She wrote, “Georgina Rodriguez is becoming more and more like Kim Kardashian what do you think?!” She prompted her followers to comment on how both women’s looks have changed over time.

One fan replied: “You’re awful!”, alongside several laughing emojis. In response to the post, Nereida said, “Not at all girls – but don’t they look alike?” “I thought so too! Plus they even comb their hair alike now! But Georgina’s curves aren’t Kardashian’s,” commented another users.

Nereida Gallardo is one of the many ex-girlfriends of soccer legend Cristiano Ronaldo. The duo dated for eight months in 2008. The former model has nearly 40,000 followers on Instagram, where she promotes her company’s treatments — including non-surgical fat reduction, teeth whitening and fillers. After separating from Ronaldo, Nereida married a Mallorcan businessman.

After the footballer left Nereida with just a text message in 2008, he called him a “pretty boy with no brains” in a vicious TV attack. She even said: “Cristiano pleasured me between the sheets, but my husband is much better in bed”. The reason given for their bitter split was old topless photos of the former model published by a Spanish magazine after they met.