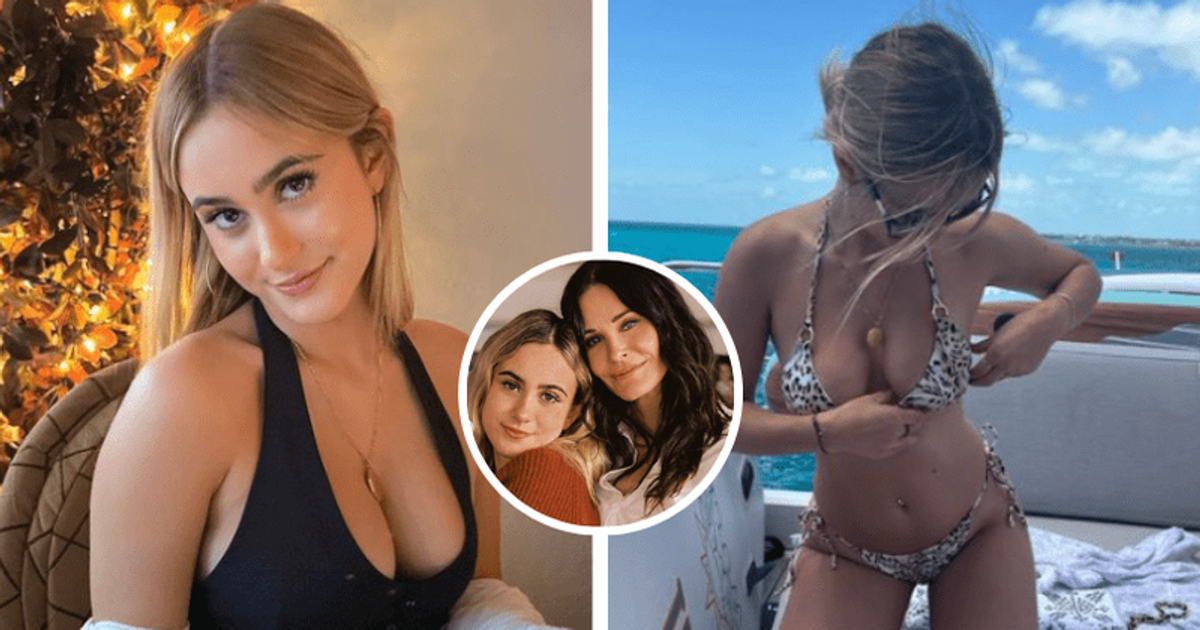 Besides appearing in many films, Coco, the daughter of “Friends” star Courtteney, is also an amazing singer

LOS ANGELES, CALIFORNIA: The Instagrammable daughter of Courteney Cox and David Arquette, Coco treated her fans to beautiful pictures of her. In one of the pictures, the 18-year-old donned a sleek, see-through black top as she posed for the camera with a subtle smile, while in the other she flaunted her curves in a stunning leopard print bikini on a speedboat. Judging by the pictures, it looks like a new Hollywood star is on the way!

The beautiful Los Angeles actress who has acted in several films also has a passion for singing. She often shares her singing skills on social media with her beautiful mother Courteney, the mother-daughter often posts videos of Coco singing while Courteney plays the piano. Coco shared her stunning pictures with her 314,000 followers over the weekend. Want to check out her new snaps? Scroll down!

The 18-year-old looked in the first picture for a night of glam as she wore a black halter top with her perfect makeup. In the second picture, Coco posed in a steaming hot leopard print bikini and was caught adjusting her bikini top on a speedboat with her blonde hair tied back. She completed the look with black sunglasses.

Coco’s mother Courteney is best known as Monica Geller from the famous series “Friends”. The mother-daughter duo share a great bond. On “Mother’s Day,” Courteney shared a beautiful picture with her gorgeous blonde daughter as they both locked eyes.

Courteney married David Arquette in 1999 and shares their beautiful daughter Coco with him. However, the couple divorced in 2013. Since then, Courteney has been in an on-off relationship with Snow Patrol’s Johnny McDaid for almost a decade and finds Johnny’s intelligence “really sexy”. While the couple was going through a rough patch, the star recently admitted to being mired in depression over their breakup and that “it really hit her.” During an appearance on a podcast called “Awards Chatter,” Courteney explained, “I went through a breakup and it really hit me.” Still, Courteney has great respect for Johnny, saying, “He’s a great advisor.”