‘Could never hurt Johnny’: Amber Heard doubles down on testimony on day one of cross-examination 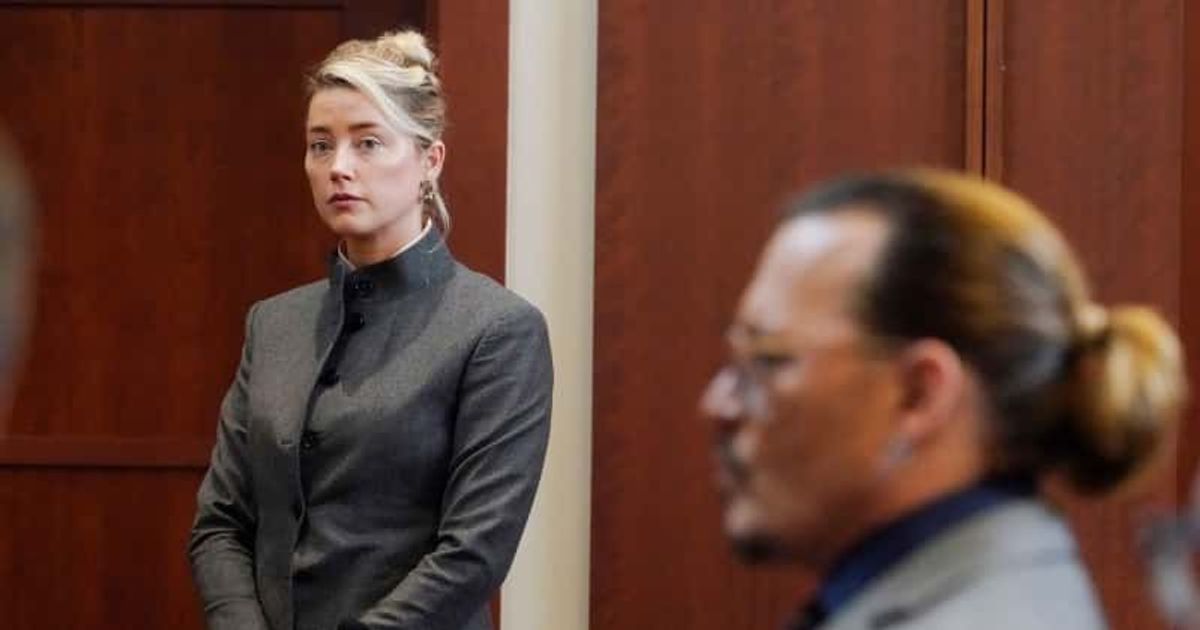 The defamation trial that has brought Amber Heard up against ex-husband Johnny Depp resumed on Monday May 16 after a week’s hiatus. Heard has gotten back on the stand and is reminiscing about Depp’s first alleged physical violence against her. The former couple were last seen in court on Thursday May 5, as Heard documented many incidents of alleged violence by Depp. She stated that the violence began in early 2012, contradicting her earlier statement that it took place in 2013. Heard said Depp first attacked her when she asked about his “Wino Forever” tattoo — the tweaked “breakup” version of “Winona.” He got the Forever’ tattoo for his former girlfriend Winona Ryder.

Heard’s legal team provided several images of Heard at red carpet events, where the actress was seen with “scars” on her arms. She said the scars were caused during an alleged incident in Australia in which Depp allegedly pushed her against a glass-covered worktop and sexually assaulted her with a liquor bottle. During this excursion, Depp Heard is said to have slashed the tip of his finger. He had previously claimed at trial that this happened when she threw a glass bottle in his hand. Heard testified that Depp had a history of self-harm and frequently jabbed knives into his flesh, causing superficial bleeding. Heard also testified about a case in which Depp claimed she defecated on his side of her bed when they were married. She denied the claims, calling it “disgusting” and explaining that she’s “not in the mood for pranks” as her “life is falling apart.”

Heard later testified that she met Depp in 2016 after a month apart. She explained that the incident happened shortly after Depp’s mother died. According to Heard, Depp was still focused on the alleged feces and said that she or one of her companions did it as a joke. After a heated phone argument between the ex-spouses and a friend of Heard’s, she claimed that Depp smashed a phone in her face.

She testified that the altercation escalated before another of her friends attempted to de-escalate it. The attendant put her hands on Depp’s chest and urged him to calm down. Heard said Depp remained aggressive and destroyed things in the home. She testified that the police were called to the apartment about an hour after the altercation. Heard stated that her companion took several pictures of her face, some of which were previously presented in court. Heard’s cheekbones appear to be obviously red in the photos, where she claims the phone that was thrown hit her. Heard said she chose not to report the attack to police to “protect” Depp. Heard sighed and said she “didn’t want the world to know.” When asked why she was filing for divorce, Heard told her attorney, “I knew if I didn’t, I probably wouldn’t literally survive. I was so scared it was going to end really badly for me.”

“I really didn’t want to leave him, I loved him so much,” she said. “I couldn’t stay. I think he would have taken it too far and I wouldn’t be here. The violence was normal and not exceptional.” She testified that she received a TRO when she filed for divorce because “I just wanted to change my locks. The person I was afraid of was the person I was in love with.” Heard also told the court that everything she said so far “was the truth.”

Referring to multiple pictures, text messages and other contacts disclosed in court, she said it would be “crazy” to make up stories for years. “I did not want that. I don’t want to be here,” she told the jury. Heard testified that she never wanted the details of her marriage to be made public. “I begged him not to let me prove it.” I loved him so much,” she explained of why she didn’t press charges against Depp.

On the stand, Heard tried to hold back tears and told the jury she never intended to be called a liar. Heard said that following their divorce, Depp launched a “smear campaign” against her and her family, casting doubt on her allegations and her character. “All I have is my name. All I have is my integrity and he tried to take that away from me,” she explained. She added that she was “not interested in Johnny’s money” on the divorce. Heard’s attorneys then moved on to the countersuit she had filed against Depp, seeking $100 million in retaliation for allegations made in the press by Depp’s attorney, Adam Waldman.

The court was presented with three different internet news pieces, published in Britain’s Daily Mail in 2020, in which Waldman called Heard’s abuse allegations against Depp “bogus” and “false”. She said she is still trying to protect Depp and is keeping the details of the alleged abuse private at this time. When asked to characterize the emotional aftermath of Waldman’s comments, Heard explained that she is being forced to relive the trauma every day and that her acting and modeling opportunities have dried up. She said that after the articles were published, she was essentially fired from an L’Oreal beauty campaign she was working on, dropped from the television show The Stand, and her role in the Aquaman franchise was greatly reduced .

During her cross-examination, Depp’s attorney began questioning Heard about Depp’s refusal to make eye contact with her during the trial. “He promised you’d never see his eyes again, didn’t you, Ms. Heard?” Camille Vasquez, an attorney, inquired, referring to a commitment Depp made to Heard during one of their last encounters after their divorce. Vasquez also repeatedly questioned Heard about the rings Depp is known to wear on each finger, citing images and videos of Heard’s body and face taken on the red carpet and television appearances, where huge ring-like marks were undetectable, despite Heard’s claims that Depp physically attacked her.

Vasquez questioned the couple’s many arguments and asked why Heard had not offered the jury pictures or medical records of these alleged incidents of violence. Heard also told the court that she was not given medical care after the incident in Australia, in which Depp allegedly sexually assaulted her with a liquor bottle. Heard denied posting photos of her alleged injuries, which appeared on the cover of People Magazine in 2016. She also claimed she wasn’t the one who posted the photos, as well as a video of Depp smashing closets in a drunken frenzy that day before their divorce settlement filing.

Before the hearings concluded on Monday, Heard was asked about the $7 million settlement she received in her divorce from Depp. Heard previously said the proceeds will be shared between the American Civil Liberties Union and a California children’s hospital. Heard told the court that while she has not yet made the donation, she intends to “fully honor” her vow. “I use ‘pledge’ and ‘donation’ interchangeably,” Heard testified. “I don’t,” Vasquez replied.

Depp is also expected to be brought back to testify as part of Heard’s lawsuit. In their court battle, both Heard, 36, and Depp, 58, claim they were victims of an assault. The original court case began in late 2018 after Depp filed a $50 million defamation lawsuit against Heard over a Washington Post op-ed she wrote about domestic violence. Heard didn’t identify Depp in his play, but the actor claims his reputation and career were “devastated” as a result. Heard sued Depp for $100 million in retaliation.