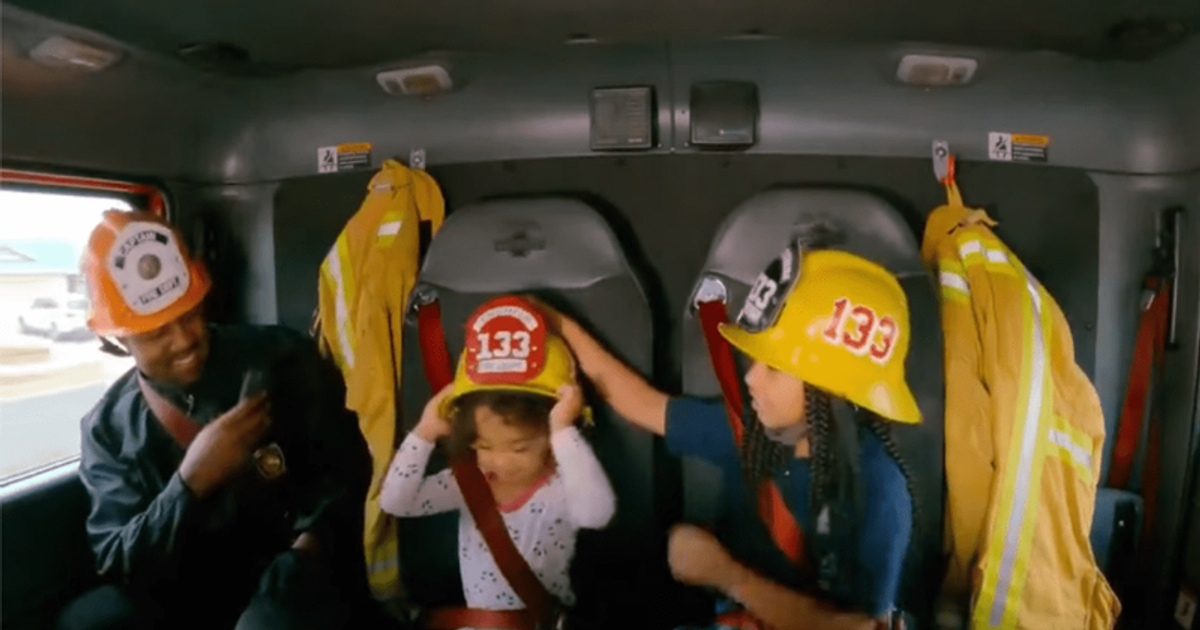 Kanye “Ye” West lent his signature flair to a school run by hiring a fire truck to transport his four children. The adorable moment was captured on the latest episode of ‘The Kardashians,’ as ex-wife Kim Kardashian looked content after watching her ex-husband take their kids to school.

Fans were able to catch a tender moment of parenthood from the rapper, now officially known as Ye, in a new episode of the Kardashian-Jenner family series. The rapper has turned an everyday routine into a joyful one for his four children — three-year-old Psalm, four-year-old Chicago, six-year-old Saint and eight-year-old North — who can all be seen stepping out of their driveway into a big red fire engine that Ye rented to take his kids to school.

He made a rare cameo appearance in the latest episode of The Kardashians, which airs on Hulu, and was seen telling former sister-in-law Khloé Kardashian about his plans.

Does Kendall Jenner know how to cut a cucumber? Trolls Say The Kardashians Star Thinks It’s ‘If It Bites’

Meanwhile, Kim revealed in a VT where the couple was in their relationship, having previously explained that the Grammy winner “stormed off” after appearing on “Saturday Night Live,” and later compared her to Marge Simpson . Kim added that Ye arrived at her house to pick up the kids and take them to school – an activity she says he enjoys doing.

Kim said that despite all the things that have happened between her and Kanye, she wants her children to spend as much time as possible with their father and enjoy their mornings with him before they are taken to school.

In a later scene in the episode, a huge red fire engine pulls up in front of the house with its sirens wailing. The children seemed delighted with the change in routine, wearing firefighter helmets and screaming as they headed to class. Ye tells the camera that he thinks some people are too scared to be super dads. “Everyone wants to be a cool dad, and sometimes you just have to wear the fire hat… Sometimes you have to wear the Easter Bunny costume,” Ye said.

And it seems that Ye had as much fun as his kids on the fire truck ride. As well as wearing the firefighting gear, he enthusiastically snapped photos of his children enjoying the amazing ride. Kim divorced the father of four in February last year after six years of marriage — and has since moved on with Pete Davidson. Ye had previously slammed the SNL comic in now-deleted Instagram posts but has stayed away from the public eye in recent weeks.

Fans flocked to Twitter to express their joy at Ye spending time with his family. One of them wrote on Twitter: “Kanye is such a COOL dad fire truck. As a child, these are the memories they will cherish forever. I want more of Kanye and his kids on mine.”

Another Twitter user thought the moment was cute, writing, “Cute moment with you and Kanye with kids at the firehouse.” A Ye fan loved his gesture, tweeting, “Man Kanye is insanely adorable in this episode of The Kardashians, he works so cool and nice.” One of the show’s fans even shared his fondness for the rapper this season, writing, “I really like that Kanye is the Kardashians this season.”

Hulu is releasing new episodes of The Kardashians on Thursdays.