Cookie takes on the monsters in Episode 6 of Westworld 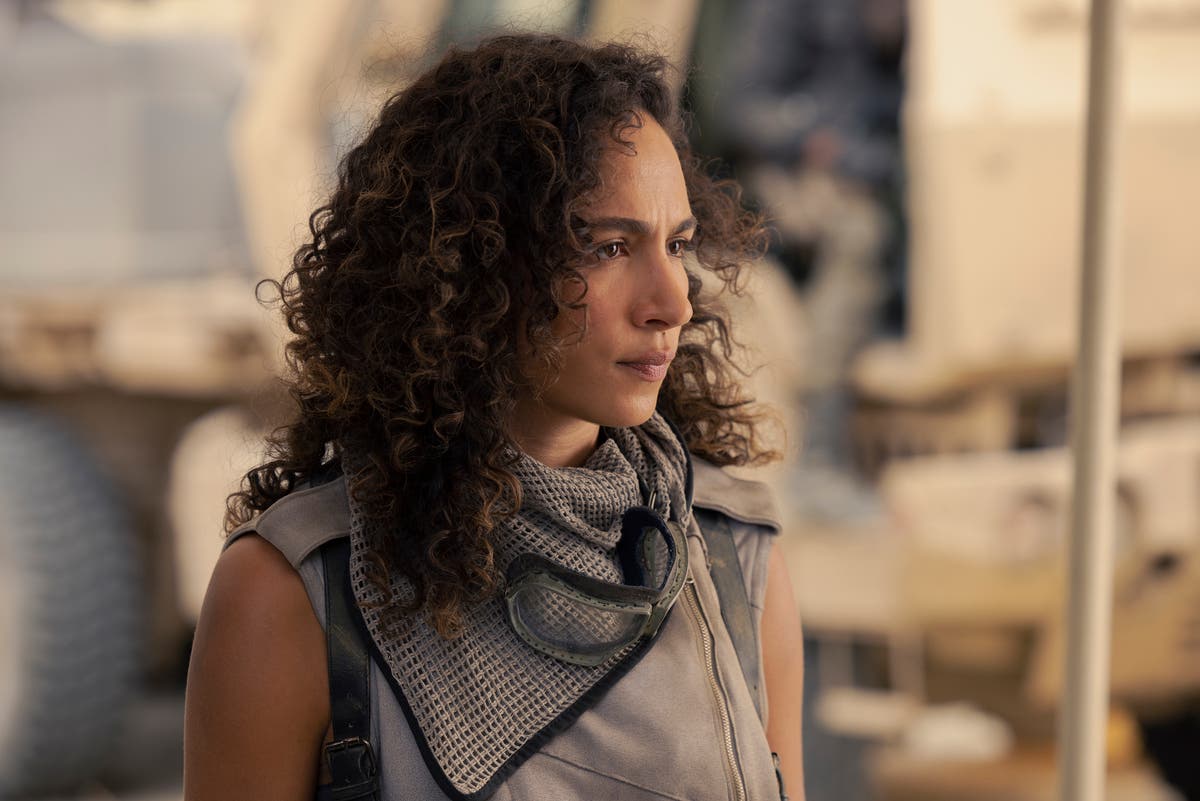 With only two episodes left of season four after this week’s episode, western world should heat up. Instead, it continues to be more exposed than entertaining. Even the return of the eternal heroine Maeve (Thandiwe Newton) becomes less exciting because her resurrection was so heavily heralded.

Still, it’s promising to see Maeve with Caleb’s daughter, Frankie, who is now an adult rebel named C (Aurora Perrineau). I had previously suspected that C took her new name as a tribute to her missing father, but now I realize it’s more of an abbreviation of his nickname for her: Cookie. So the question is: faced with the almost insurmountable task of rescuing humanity from the clutches of Charlotte Hale (Tessa Thompson), will this cookie crumble? Let’s find out…

We start with a flashback: Caleb’s wife Uwade Nichols (Nozipho Mclean) and daughter Frankie (Celeste Clark) are part of a rebel group breaking up “runaways” from Charlotte Hale’s meticulously controlled town. In this case it’s a young man named Jay (Daniel Wu) who has lost his brother and who, as we have seen, will one day lead the rebel group. Despite Caleb’s (Aaron Paul) disappearance, Frankie keeps her spirits up by radioing him. She tells him about her latest small win, though Jay shuts her down when she says he’ll be like a “brother” to her.

Then, 23 years later, we jump back to the show’s current timeline. Frankie, now C, drives Bernard (Jeffrey Wright) to the rebel base in the ruins of the Golden Age amusement park. On the back of their truck is the valuable cargo they salvaged from the sands a few episodes ago: a damaged but still intact Maeve.

Arriving at the park, now covered in layers of sand that emphasize its resemblance to the original Westworld, Bernard has no trouble finding his way. After all, he points out, “the two parks share an architect.” He quickly gathers the parts he needs to fix Maeve, but before they can restart her, they are interrupted by the return of Jay and the rest of his rebel team breaking runaway Lindsay out of town.

There’s a catch, of course: one of her team was infected or replaced during her visit to the big city and is now a spy for Charlotte Hale. C is the only one in the clear as she stayed behind. Could it be Lindsay? Or someone else? C isn’t sure until Jay tells her she’s like a “sister” to him – a clear sign that he’s not the same Jay she met all those years ago. The pair fight and for a moment it looks like Jay has the upper hand and even shoots out a radio which comes alive with a message from Caleb. Until Maeve shows up just in time to stab him in the head, save C and join forces with her to defeat Hale and save humanity: “Let’s finish what we started.”

Charlotte Hale is increasingly upset and perplexed that many of her fellow hosts are committing suicide against their will. She suspects Caleb has something to do with it, as he was the first to oppose her and that he once taunted her by telling her he had something she didn’t.

Whatever he meant, he won’t say it. So she offers him an olive branch of hope: the news that his daughter is alive and out of her clutches. This information inspires Caleb to escape from his cell, aided by several of the 278 previous versions of himself Hale created for interrogation. One even volunteers to be his personal airbag, cushioning a dangerously long fall. He makes it further than any previous version, all the way to a radio transmitter on the roof of the Olympiad building. From there, he sends a message of love and apologies to his daughter – the one who is so ruthless in preventing Jay from hearing her.

At this point, it is revealed that Caleb’s entire escape was staged, a way for Hale to persuade him to reveal his secret by believing he is free. (This conceit is reminiscent of the notorious Rick & Morty episode “The Rickshank Rickdemption,” which briefly instigated an insane Szechuan sauce craze.) Caleb taunts her again, telling her the reason her citizens keep killing each other is this: “Your hosts would rather die, than living in your world…they’re not infected, they’re just trying to get away from you…”

Hale crushes Caleb’s neck with one hand, but it’s clear she’s not feeling well. Not only is she bleeding from self-inflicted wounds on her forearm, but her next step is to simply burn her remaining stock of Kalebs, build herself a new one (number 279), and start the interrogation all over again. Ironically, Charlotte Hale is now just as stuck as any of the mind-controlled citizens who live in her town running around in a repetitive loop. Unfortunately for western worldsuch is the show.

Episode 6 of Season 4 of Westworld premieres Sunday, July 31 on HBO Max in the US and Monday, August 1 on Sky Atlantic in the UK