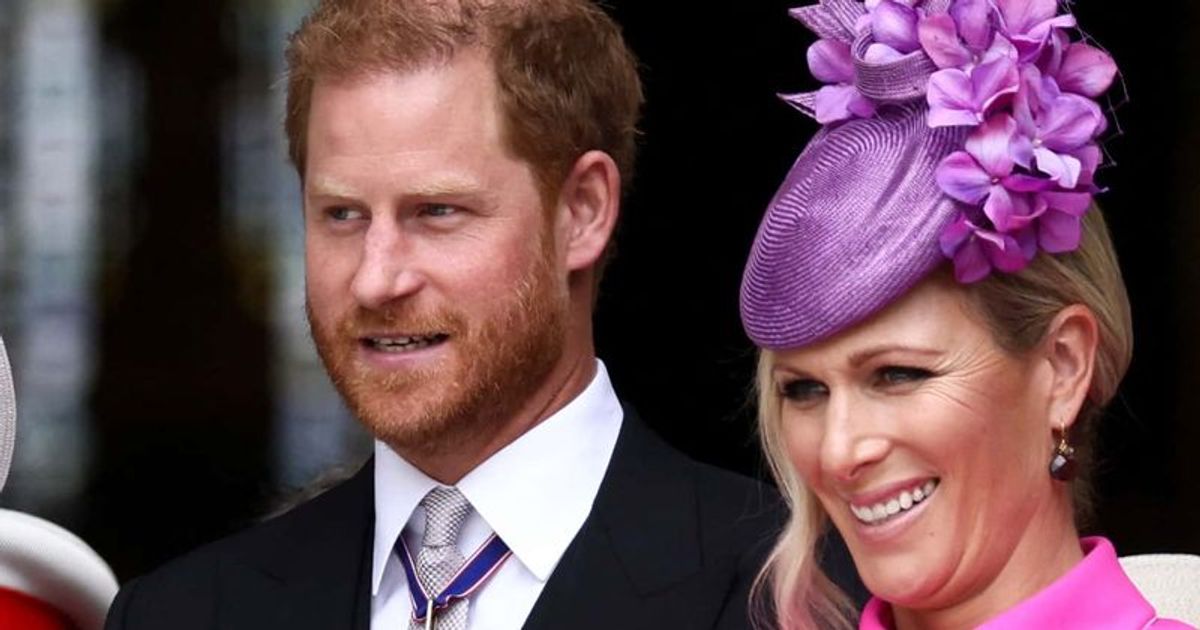 LONDON, UNITED KINGDOM: Prince Harry has few allies in the royal family. Nonetheless, his cousin Zara Tindall has stood by his side in all royal events since the infamous ‘Megxit’ (literally). The cousins ​​have a close relationship and were also seen being driven back in the same car after the 15-minute vigil for the Queen in Westminster on September 17.

Notably, the two brothers, Harry and William, never shared a car ride together. While Harry, 38, left the Queen’s vigil with cousin Zara, 41, William shared a car with Zara’s brother Peter Phillips, 44. According to an article in the Daily Mail, both Peter and Zara have the role of “peacemaker” between them adopted the two brothers on previous occasions, with William having asked his cousin to stand between the two during Prince Philip’s funeral procession in April 2021.

Remarkably, both Harry and William spent much of their childhood with Zara and Peter. They are all the same age and the two princes grew up in Gloucestershire, just a few miles from their cousin’s childhood home. Over the years, all four have been frequently spotted together while chatting and enjoying themselves during their royal engagements. According to the source, the Prince of Wales also admitted on one occasion that it was “hard to keep a straight face” while sitting in church with his cousins.

The Duke of Sussex has a close relationship with Princess Anne’s daughter Zara, as well as her husband Mike Tindall. He is also the godfather of the couple’s youngest daughter, Lena. In fact, Harry is also believed to have played the matchmaker between the duo. According to the Daily Mail, he introduced Zara to Mike after the former rugby player “drowned his heartache” in a Sydney bar after being left out of the World Cup squad.

The source also reports that Mike revealed that the family often communicates through groups on WhatsApp. He said: “Me, my brother and then a few from Zara’s side like her brother Pete [Phillips] and the cousins ​​are in WhatsApp groups, adding: “I wouldn’t say we’re up to date but it’s easier on WhatsApp for some reason.” On another occasion, the former rugby player also mentioned: ” It’s just what you do to try to organize meetings and we go to something that is the same. If you go, [we discuss things like] “Will you take the children with you?” Quite a lot of people have family WhatsApp groups.”

Harry’s relaxed relationship with the Tindalls is pretty obvious. After the Duke announced his engagement to Meghan Markle, Mike cheekily offered to be his best man in a short text: “I’ve written my speech, I’m ready.” Harry quipped, “Sorry mate, job’s full, but I need someone to show people where to park their cars.” Prince William had been best man at his brother’s wedding.