Color My World with Love hallmark: How Lily D Moore defeated Down Syndrome with art, pets and passion 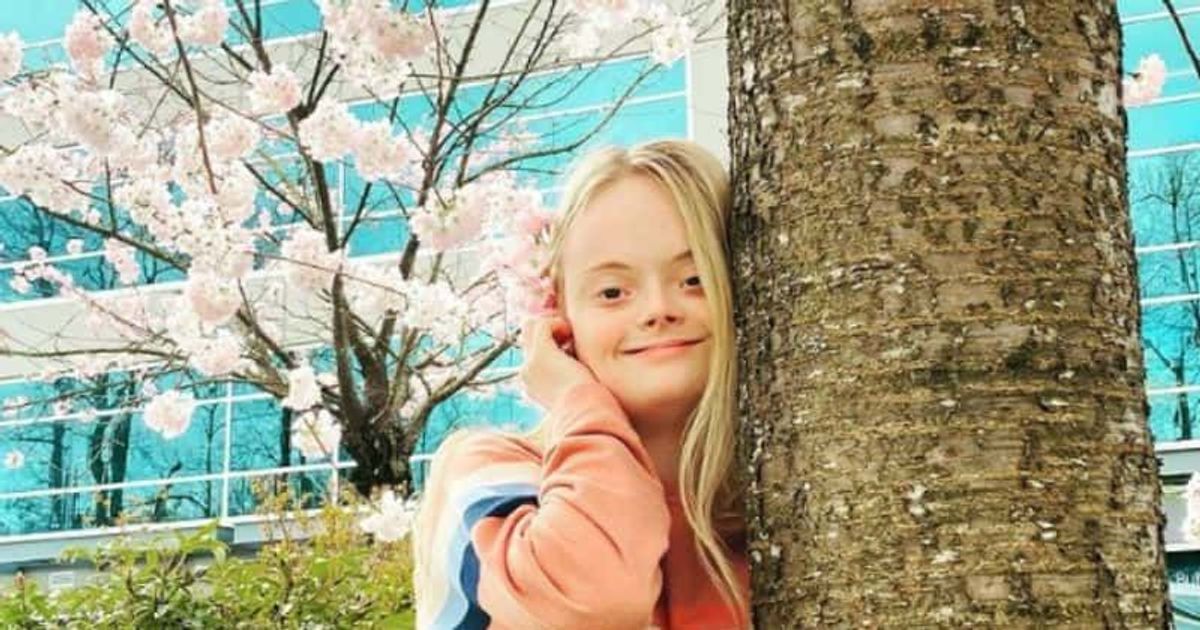 Lily was born with Down Syndrome, but that hasn’t stopped her from striving for greatness

Hallmark’s Color My World with Love is both a romantic film and a moving drama about Down Syndrome. The film has a promising cast: Lily D Moore plays the role of Kendall, a 22-year-old with Down syndrome who falls in love, much to the chagrin of her doting mother.

Hallmark’s official synopsis of the film reads, “Kendall is a talented artist with Down Syndrome who creates beautiful Impressionist-style paintings that reflect the reality of her subjects as she sees them. Thanks to the support of her mother, Emma, ​​and her grandmother, Bev, Kendall is happy and thriving. Her life takes an exciting turn when she meets Brad at a cooking class at the local center for diverse learners and romance blossoms. Emma has spent the last 22 years protecting her daughter and has reservations about Kendall and Brad’s new relationship, especially if it’s quickly taking a serious turn. Emma doesn’t want Kendall to suffer heartbreak and tries to slow things down. With the help of Nic, a longtime Brad family friend, Emma slowly accepts that Kendall is ready – and should – live her own life. Along the way, Emma learns a lesson from Kendall about looking beyond what’s in front of her and seeing the beauty that exists. And maybe she’ll find she’s ready to find love again herself.”

Who is Lily D Moore?

Lily is an eighteen-year-old actress, model, and advocate for people with disabilities. Lily loves to cook, swim, sing, cheer and play the ukulele as well as travel the world especially in Asia and Europe. She is involved in both her church and her youth group. She also enjoys playing with her dog, Charlie, and her cats, Lester and Hazel.

Lily was born with Down Syndrome, but that didn’t stop her from achieving her goals. She has appeared in a number of films, television shows and national commercials. Lily has posed for photographers on both the east and west coasts of the United States.

In an interview with Cliche Teen Journal, Lily opened up about her Down Syndrome and how it has impacted her life. “The hardest thing is getting rejected. I don’t get invited to parties, people’s homes, or asked to do things outside of school. Also, I get rejected in acting. I really want to be at Disney!”

She rose to fame after starring in the Netflix series Never Have I Ever, in which she played Rebecca, Paxton’s outspoken adoptive sister who quickly became a fan favorite. Lily was cast as Rebecca when her agent recommended her for the role. For the audition, Lily memorized her lines and had her mother film them. She was hired after the agency referred her to the casting director. She later traveled to Los Angeles three times to film.

Lily has also been on NBC’s “Dangerous Minds,” Freeform’s “Single Drunk Female,” Warner Bros. TV’s “Teenage Euthanasia,” TV Land’s “Teachers,” FOX’s “Gifted” and “Sleepy Hollow,” and “Hope Givers.” ‘ from PBS. ‘, which is nominated for a regional Emmy. She has a long list of other credits, including the feature films Holy Irresistible and Lift, and the TV movie Pastors’ Kids. Moore also narrated Heather Avis’ children’s book Different, A Great Thing to Be! as an audio book.

Lily is also an in-demand model, having worked with photographers on both coasts, including Thomas Dodd and Elizaveta Porodina. She also walked the Kornit LA Fashion Week shows and was a member of the Radical Beauty Project, a creative group made up entirely of models with Down syndrome. She has appeared in national commercials and print campaigns for companies such as TJ Maxx, Prudential, Procter & Gamble, Lulu’s and Goodwill. Her latest national ad for Summersalt, a women-owned swimwear company, has just rolled out.

Moore strives to use her platform to fight for people from all walks of life as she believes everyone is unique, beautiful and brave. She is currently the Special Olympics Champion Ambassador and is also associated with the Breaking Barriers and Extra Special organization. She also founded the project “HELP – Helping All with Love and Passion” for the homeless. HELP provides homeless people with groceries and essentials in bags. Lily was selected for Clemson University’s ClemsonLIFE program to strengthen her independence. Moore will always be modeling and acting, and her ultimate long-term goal is to win an Oscar.