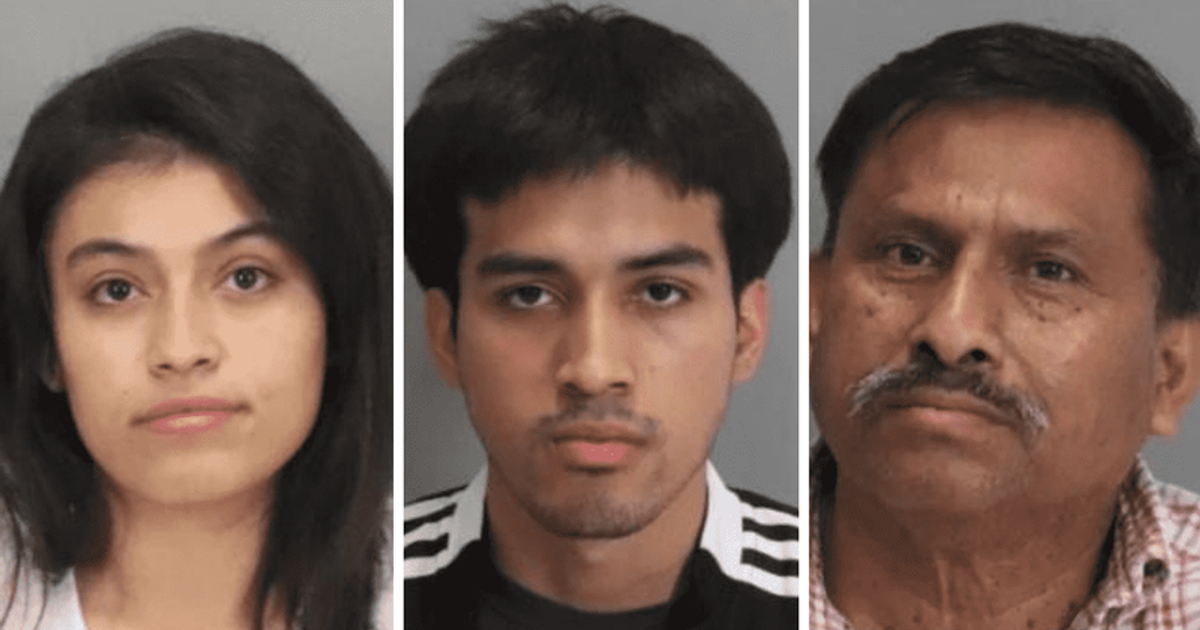 In addition to 25-year-old Claudia Hernandez, the father and brother of the three-year-old victim have also been charged

SAN JOSE, CALIFORNIA: A mother is said to have killed her daughter with the help of her father and brother because she believed the child was ‘possessed’. Claudia Hernandez reportedly tortured her three-year-old daughter Arely Naomi Proctor when she “performed an exorcism” in September 2021 that took her life.

Claudia was reportedly “helped” by Arely’s uncle, Rene Aaron Hernandez-Santos, 19, and grandfather, Rene Trigueros Hernandez, 59, a preacher at a small church in San Jose. Claudia’s mugshot was recently released after she was charged earlier this year with violently assaulting a child, which was likely to result in serious bodily harm. Her relatives were also charged this week.

The mother-of-15 brutally tortured children for years and made them watch her cook her puppies in a pot, the inquest has found

Court documents state that on September 24 last year, the alleged trio “held down Arely by the neck, torso and legs for several hours. They tried to make her vomit by sticking fingers and hands down her throat.” The child eventually vomited “a clear/purple liquid” and became unresponsive. She had “multiple injuries around her eyes, face, neck and chest,” Assistant District Attorney Rebekah Wise added in the official papers.

The horrific details of the little girl’s death were not released earlier. However, now that the court documents have surfaced, it has been determined that they performed an “exorcism” on her because she “regularly woke up screaming or crying.” The victim’s grandfather reportedly said: “If you read the Bible, you will see that Jesus cast out demons and healed the sick. It’s not when I want to do it, but when God in His will wants to heal the person. The preacher is like an instrument of God; What we do is what God says. It is the stuff of God, and all is in the will of God, no matter how small or large.”

It was also reported that the people accused of killing Arely waited two hours after thinking she was not alive before calling 911. The mother reportedly told police that “no life-saving measures were taken to help the little one.” “She strangled her several times to the point where the victim fell unconscious, stuck her hands down her throat and continued this behavior for almost a full day,” Wise reportedly wrote in the document about Claudia.

In addition, days before the indictment, the accused mother is said to have shared a nearly 45-minute video on YouTube in which she smiled shamelessly and showed no remorse over the death of her daughter. In the video, she said: “I’m at peace, I’m happy. The reason I feel what I feel is because of God. If you don’t want to be in my life, that’s ok. The only thing I need is God. It is what it is.”