Christmas special with “The Voice” stars 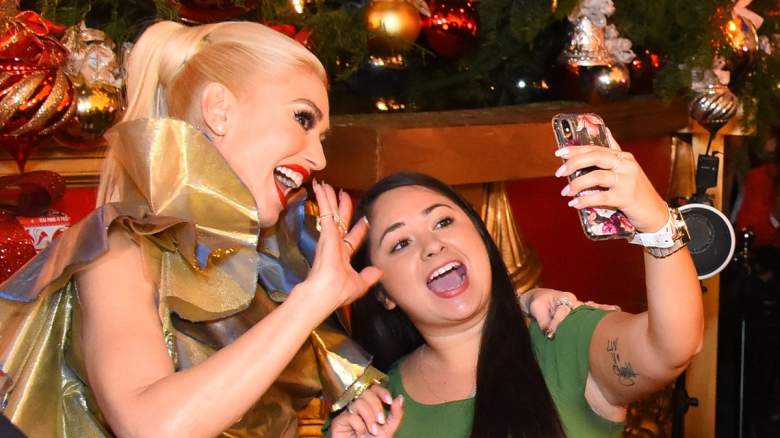 Several stars of “The Voice” have signed on to be part of the NBC special “Christmas in Rockefeller Center” when the giant evergreen’s lighting in the heart of New York City celebrates its 90th anniversary. Airing November 30 at 8 p.m. Eastern and Pacific, the two-hour show will feature a series of celebrity appearances, including a duet by Gwen Stefani and Blake Shelton.

According to NBC, the show will feature “celebratory performances” from a variety of musicians, including several stars from “The Voice.” Married trainers Gwen Stefani and Blake Shelton will perform their Christmas single You Make It Feel Like Christmas, which they released in 2017. Former coach Alicia Keys is also expected, as is Team Blake’s most recent advisor, Jimmie Allen.

“It’s one of those things you grew up with,” Stefani told the TODAY Show after rehearsing for the show. “I’m from Los Angeles, so I never went to New York when I was a little girl. That’s why it’s even more important for me to be here and to be a part of it.”

“Being in New York just feels like a vacation,” she continued. “It feels like every movie you watch growing up and now I get to be part of that fabric.”

Other celebrities who will perform include country music’s Dan + Shay, Mickey Guyton and Brett Eldredge; opera star Andrea Bocelli with his children Matteo and Virginia Bocelli; comedians Amy Poehler and Maya Rudolph; the Muppets of “Sesame Street” and the Radio City Rockettes.

During the broadcast, viewers will also learn about Red Nose Day with the opportunity to donate to national charities working to keep children “safe, healthy, educated and empowered.”

According to NBC, the tradition of having a giant Christmas tree in the middle of New York City began in 1931 during the Great Depression. Two years later, in 1933, the tree was lit for the first time in an official ceremony in front of the new RCA Building, now the Comcast Building.

Then, in 1936, the outdoor ice rink at Rockefeller Plaza was built—a perfect spot for the tree. NBC first broadcast the tree lights on “The Kate Smith Show” in 1951, and then as part of the national show “Howdy Doody” from 1953 to 1955.

Tree 2022 is a Norway spruce from Queensbury, New York. It is 82 feet high, 50 feet wide and weighs about 14 tons. According to Spectrum Local News, the tree was on land owned by Neil Lebowitz and his family. When approached in June about a possible donation of the tree, he said they were shocked – but also happy to comply.

“It’s something we can share with everyone else,” Lebowitz said. “It’s our gift to everyone. On the other hand, another thing that went through my mind is that this is a once in a lifetime experience. Do it! It will be a gas and that’s it!”

The tree traveled 200 miles to the Big Apple and arrived at the site on November 12th. It will be adorned with over 50,000 multicolored LED lights and the 3D star at the top is covered with three million Swarovski crystals. After the tree leaves Rockefeller Center, it will be donated to Habitat for Humanity. The non-profit organization will process the giant tree into lumber that will be used to build homes for those in need.