Christmas At The Botanics: Northern Lights-Inspired Extravaganza Revealed for 2022 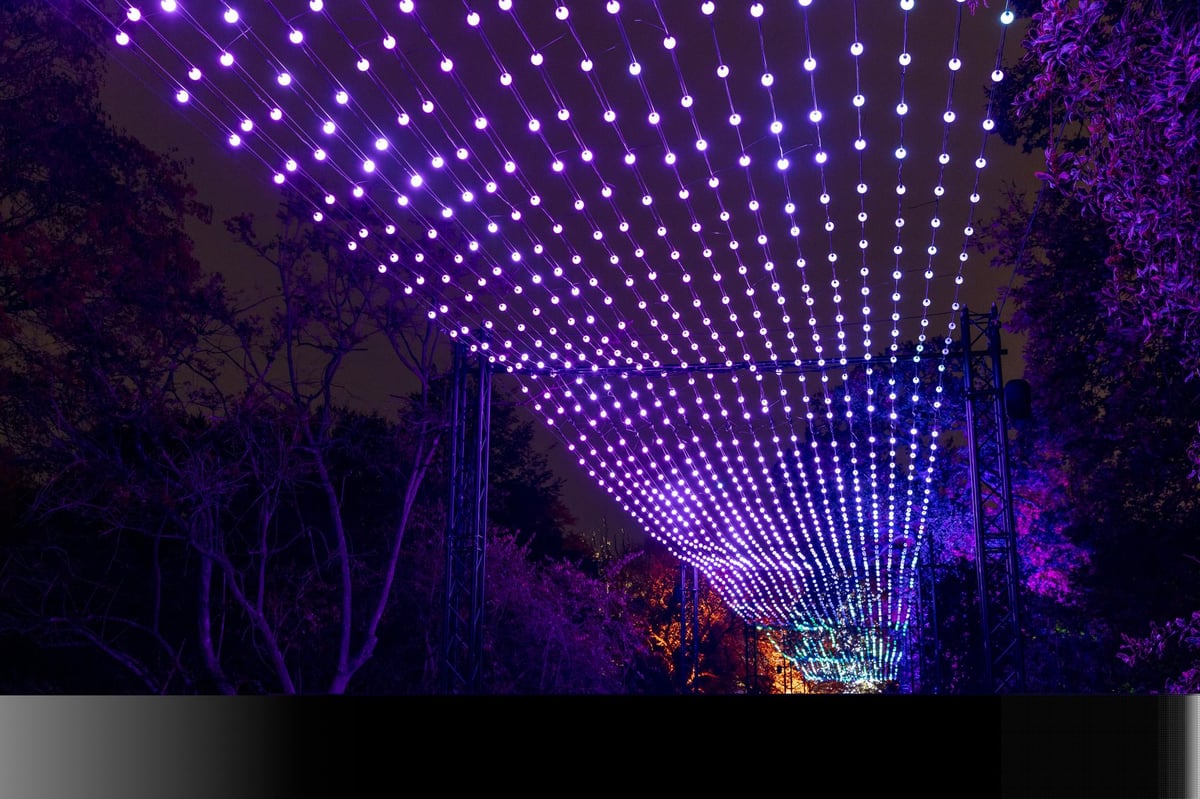 LOOK up and you are guaranteed the spectacular visual tones of the Northern Lights this winter in Edinburgh.

Recreating the stunning Aurora Borealis with dancing waves of color, Aurora will be one of the dazzling new highlights at the sixth annual Christmas At The Botanics, it was announced today.

British artists ITHACA’s overhead piece will make its Scottish debut at the Royal Botanic Garden Edinburgh for six weeks on select nights from 17 November to 30 December 2022.

With less than 200 nights to go before the big changeover, visitors are encouraged to book in advance to avoid disappointment as popular early evening and weekend entry tickets are likely to sell out quickly.

Other new installations include Floraison by French artist collective Pitaya, which takes flora and fauna to a new level.

A total of 240 bright red flowers will appear to be blooming on the trees along the Chinese Hillside path, giving the path an ethereal atmosphere.

Feathers by British artist Pyrite Creative sees UV feathers measuring up to two meters in size appearing to float gracefully in the trees above visitors as they walk by.

The kilometer-long illuminated path illuminates the capital’s night sky and will also feature recurring festive favorites including the magnificent Christmas Cathedral and the projection of Inverleith House.

Also back is the popular Laser Garden, but for the first time in Edinburgh it will feature rainbow lasers that cast beams and thousands of colored dots across the surrounding landscape.

The trail attracted the largest audience in its six-year history in 2021, welcoming more than 90,000 visitors over a five-week period.

With the capital once again ready to welcome visitors from across the UK and around the world, organizers are aiming for another record year as family and friends gather to enjoy the celebrations.

Kari Coghill, Director of Business and Communications at the Royal Botanic Garden Edinburgh said: “We work hard all year round to show the fruits of the seasons through our magnificent plant collections.

“The opening of the garden on a crisp winter evening continues to be special as visitors can experience this beautiful place in a whole different light – all while enjoying a hot chocolate or toasting a marshmallow with friends and family .

“Christmas ticket sales at Botanics help us sustain the garden and continue our work in plant research, conservation, horticulture and education. I look forward to opening our gates and welcoming everyone to the trail in November.”

Jonathan Marks, Director at Raymond Gubbay, a division of Sony Music that sponsors the event, added: “Creating festive traditions with family or friends is something to cherish. Christmas at Botanics has become a season opening milestone for so many people. It’s the perfect get-together for all ages.

“Like last year we are again able to welcome larger groups and I can’t wait to see everyone enjoying the lighted garden.”

Christmas at the Botanics is presented in association with the Royal Botanic Garden Edinburgh and creative producer Culture Creative, alongside leading events organiser, Raymond Gubbay Limited, a division of Sony Music which has been delivering illuminated Christmas trails for over eight years.