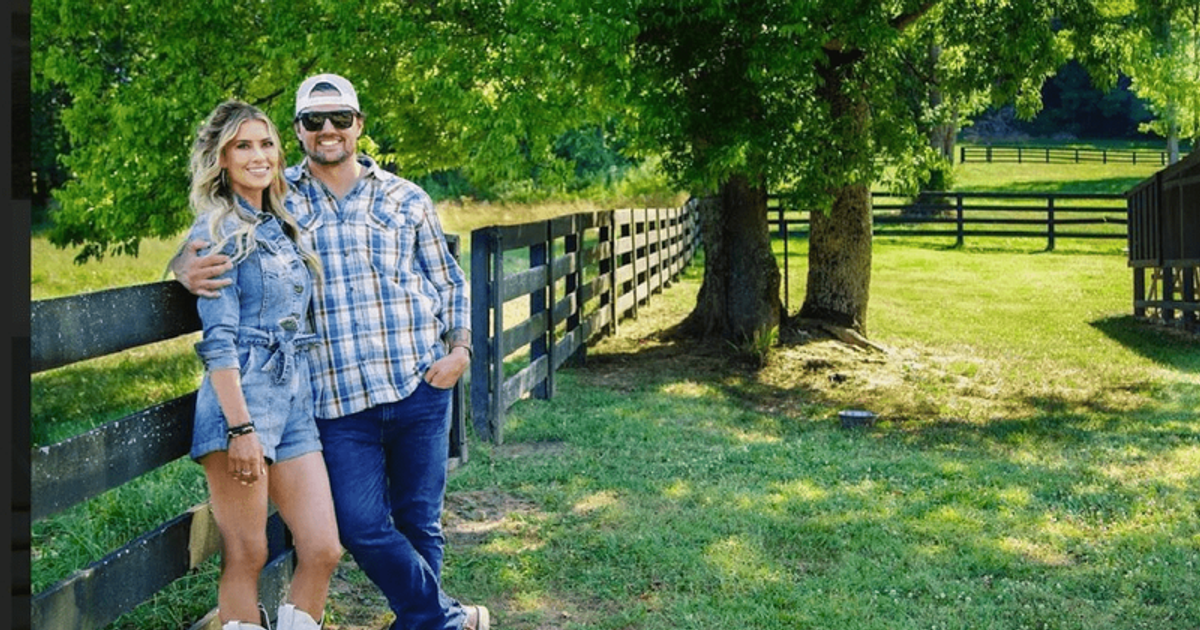 NASHVILLE, TENNESSEE: Christina Hall is moving from the coast to the country for her new HGTV reality series Christina in the Country, which debuts Thursday, January 12 at 8 p.m. ET. Here’s everything you need to know about the new series’ lore as the HGTV star moves from shore to country.

Fresh off the series finale of Flip or Flop, Hall has a new HGTV program in the works, and her husband, Joshua Hall, is a major player. HGTV has commissioned a six-part docuseries called Christina in the Country, which follows the California native and her husband as they build their booming design company in the Midwest. The TV network has also renewed her series Christina on the Coast, in which she designs homes in her native Orange County, California.

Is Christina Hall okay? The HGTV ‘Flip or Flop’ star thinks the deteriorating health is linked to breast implants

Where is Christina in the Country filmed?

Christina Hall has embraced the country. The longtime HGTV personality – who rose to stardom on ‘Flip or Flop’ with her ex-husband Tarek El Moussa and has helmed her solo series ‘Christina on the Coast’ since 2019 – is ready to share her life and work in Tennessee , her “home away from home”, in a second series. “Christina in the Country” begins Thursday, January 12, 2023 at 8 p.m. Eastern and Pacific on HGTV and is available on Discovery+.

HGTV announced the new program will be a six-episode docu-series that follows Christina, her children and her husband of more than a year, Josh Hall, as they settle on a Tennessee farm that they have made their second home has. Christina is followed in each hour-long episode as she performs “stunning home renovations” for Tennessee clients and creates family moments in the country.

“I fell in love with Tennessee and it has truly become our second home,” Christina said on Instagram. “We enjoy all the benefits of living in the country – the privacy, the clean air, nature and the clear night skies. And having the opportunity to grow my design business both here and in California is a dream come true.”

Christina and Josh co-produced the program, according to an Instagram post announcing the premiere. In March, the pair announced the launch of Unbroken Productions in association with Balthazar Entertainment and Glass Entertainment Group, which is helmed by former Inside Edition host Nancy Glass. The Halls also co-produced the fourth season of HGTV’s Christina on the Coast, which premiered December 8.

“Having my own production company to produce what I want has always been a big dream!” Christina noted on Instagram at the time. “I love that I have the most hardworking/creative partner in Josh and we have this amazing team to create content with.”

Christina purchased a farmhouse on 23 acres outside of Franklin, Tennessee in early 2021. On November 11, she shared a photo of the renovated home, now painted black instead of white, on Instagram. The family has spent a lot of time there this year, including Thanksgiving with all three of Christina’s children – Taylor and Brayden from her marriage to Tarek and Hudson from her marriage to Ant Anstead.

While her older children will participate in the program, it’s uncertain if Hudson will, given the turmoil surrounding her current custody battle with Anstead, who has complained that she was showing her child in paid media, including her shows, without his permission , used.

Christina explained in a social media statement that the first episode of Christina in the Country features a restoration for Josh’s sister Stacie Adams, who starred on MTV’s The Hills, and her husband Joel.

“Expanding my brand and business is something I’ve wanted to do for a long time and I appreciate your trusting us to start this series with your home,” Christina wrote. “Co-producing this show with my husband @unbrokenjosh has been so much fun and we are very proud of it! We have a great team in both California and Tennessee and I’m grateful for all the teamwork that went into making both shows happen at the same time. I know you will all love this show as much as we do and fall in love with the south!”

“Taking on Tennessee,” the first episode of “Christina in the Country,” airs Thursday, January 12 at 8 p.m. ET on HGTV.