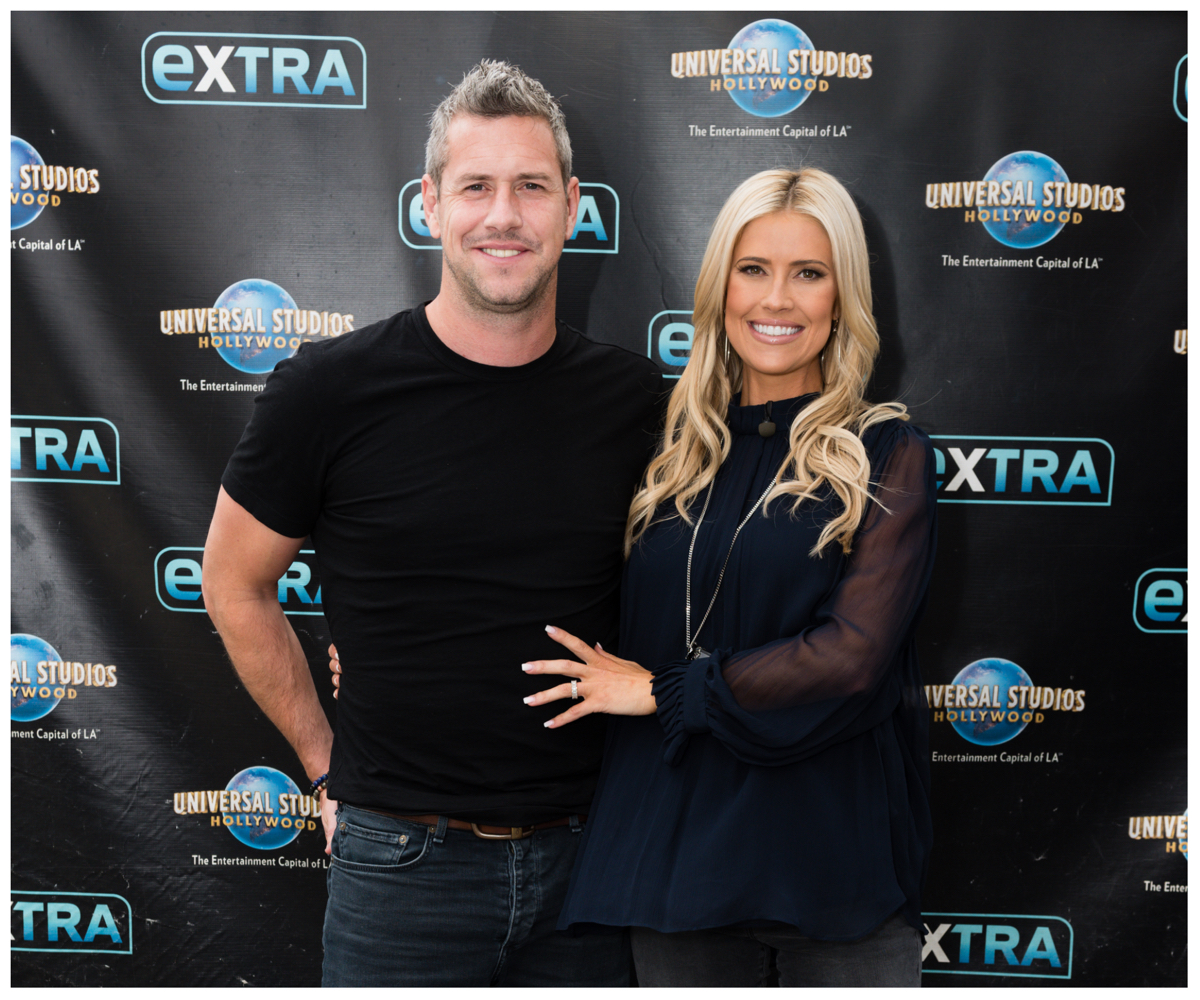 Christina Hall shared a new family photo, and fans couldn’t help but notice an odd detail — the HGTV star covered the face of one of her three children with an emoji. Here’s why Hall, who was in a legal battle with ex-husband Ant Anstead, hid her youngest son and what fans had to say about it.

On November 28, Christina Hall shared an Instagram photo showing herself with her husband, Josh Hall, and their three children, Taylor, Brayden, and Hudson. Hall shares Taylor and Brayden with her first ex-husband, Tarek El Moussa, and Hudson with her second ex-husband, Ant Anstead.

The photo appeared to be a perfectly normal family photo, except for one thing – the HGTV star put a blonde emoji of the little boy on Hudson’s face.

“What better background for family photos than a beautiful field of fall colors?!” Hall captioned the post. “This photoshoot was one of my favorites. I love my family [red heart emoji].”

The HGTV star covered for her son because she’s been in a custody battle over the toddler for months. In April, Ant Anstead filed for sole custody of Hudson and accused Christina Hall of endangering Hudson.

And in September the Wheeler dealer The presenter accused his ex-wife of exploiting her son on social media and reality TV. On Oct. 2, Hall shared an Instagram post announcing that she would no longer feature Hudson on TV or social media. Anstead has continued to post unsponsored photos and videos of the toddler.

“I am mentally exhausted by the recent false allegations against me,” Hall wrote. “Hudson’s father tried to turn my family, friends and fans against me through manipulation tactics and false information. This has had a major impact on me and my household. Because of this, I have made the decision not to feature Hudson on Instagram, my TV shows, or any other social platform until he is old enough to make that decision for himself.”

Christina Hall’s fans were quick to notice that she was covering up her youngest son in the family photo. Many slammed Ant Anstead in the comments section of her post.

“Such a beautiful family,” one fan wrote. “It’s just sad that we can’t see Hudson’s face along with his siblings anymore. The guy has to overcome himself. Such spitefulness is not nice.”

“How stupid you can’t show your child’s picture but he puts it on Instagram,” said one fan, while another wrote, “So incredibly sorry you have to hide your son’s face… what a mess.” “

But some fans wondered why the HGTV star wouldn’t show her youngest child even though she’s allowed to. “Christina it’s silly you don’t even put Hudson’s picture in a family photo,” said one fan, while another wrote, “Why are you capping Hudson’s face?” This is not a paid advertisement. you have a beautiful family God bless x.”

TIED TOGETHER: Ant Anstead shares a message about his ‘special lady,’ and it’s not Renée Zellweger