Christina Chong has a khan-do attitude about ‘strange new worlds’ 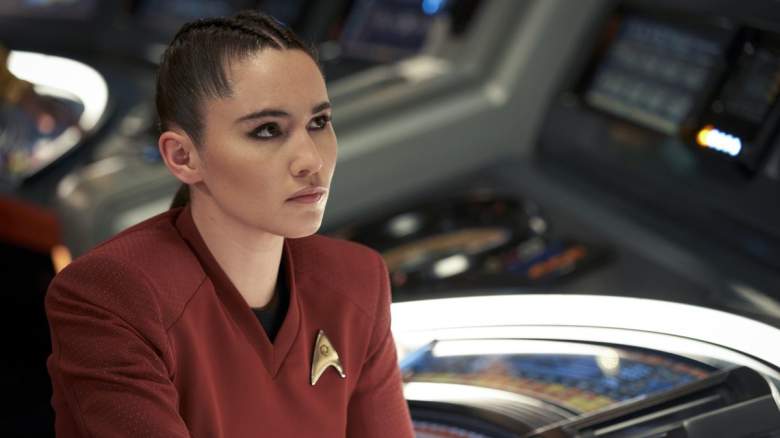 Christina Chong adds Star Trek: Strange New Worlds to a filmography that already includes Chemical Wedding, Freakdog, Doctor Who, Black Mirror, Halo: Nightfall, according to the Internet Movie Database. Star Wars: The Force Awakens, Heirs of the Night, Dominion, and Of Kings and Prophets. Based on her credits, one might assume the British actress seeks out sci-fi and other genre fare. However, during a recent phone interview with Heavy on Star Trek, she stated that wasn’t quite the case.

“To be honest… Listen, I’ll take the jobs when I get them,” Chong said. “It’s just weird that a lot of them are all from the sci-fi genre. I take the jobs I get. I’m not at the point where I can pick and choose. If it’s a good role, I like to think the roles will come to you. If it’s meant for you, you will get it. It’s just that these characters have resonated with everything that’s going on in my life. I always tend to find that whatever I experience, my character will also experience something similar. It’s funny how it works.”

The latest Star Trek show in an ever-expanding galaxy of theirs, Strange New Worlds, casts Chong as La’an Noonien-Singh, a distant relative of classic Star Trek villain Khan Noonien Singh, played by Ricardo Montalban on Star Trek: The Original Series and Star Trek II: The Wrath of Khan. La’an serves as Chief of Security aboard the USS Enterprise under the command of Captain Christopher Pike (Anson Mount). When viewers first meet La’an, she has something to prove and a chip on her shoulder. During her chat with Heavy about Star Trek, Chong discussed how La’an loosens up over time, if she’s destined to resemble Khan, and what it’s like to see her face on billboards, posters, and buses.

How does it help La’an to be around good Starfleet people like Pike, Uhura (Celia Rose Gooding), Spock (Ethan Peck), Dr. Being M’Benga (Babs Olusanmokun) etc.? I suppose she’ll get used to this crew over time, right?

yes she does She is forced to put in a little effort at first. She starts thinking about it. She’s been seeing Uhura for a long time, so she’s slowly opening up there, but only when she’s confronted with her fear, her biggest fear, in episode four. They put up this wall to protect themselves from something like this ever happening again. Guess what? It’s happening again, or almost happening again. The fear is more the idea of ​​it, not the actual happening. If you’ve ever jumped out of a plane, preparing to jump out of the plane is absolutely terrifying. Oh my god the thought of it. When someone says, “Will you jump off the plane with me? and “You’d be like, ‘No, thank you.'” Once you let go and actually jump, there are those two seconds where you’re like, “Oh my god, where am I? What do I do?” Then once you’re in the position, it’s like you’re flying. It’s the most amazing feeling ever.

It’s more the idea of ​​fear than actual experience…

Once she goes through that, she realizes, “Ah, okay, these people are with me through this.” Then she begins to see how they are her family. You will be by her side. You will have her back. Slowly, after this experience, in episode four, she begins to be more responsive to her gentle probing and urging.

Destiny versus free will is a major theme on the show. What are your thoughts on this in relation to La’an?

Obviously my thoughts are different, but with La’an I think she’s trying so hard to control everything because of what she’s been through and trying not to allow the trauma to repeat itself so her past can repeat itself. She is more of a free will person. She’s trying to control it, or she thinks she can control everything to some extent. Later – I can’t talk about that yet – but she will start to think differently. As it is, this series is all about controlling things because she’s scared.

How are you enjoying working with this cast and crew?

Oh my god, seriously, I couldn’t have asked for a better cast and crew. You are all amazing. We’re just having so much fun. We recently worked with a director on the second season. It was on a Saturday. After that I suddenly thought, “Oh my god.” It felt a bit like school when you can come in your own clothes. It’s not really a day’s work, but it is. We just had so much fun. I was like, “Oh, are we having too much fun?” I felt sorry for the director because we were just playing around and laughing. We did the work, but we laughed around it. Everyone is super nice, kind and welcoming.

When you join the Star Trek franchise, your face will be on billboards, magazine covers and comics and so on. There will be action figures and conventions. How exciting and/or scary is all of this?

I’ve tried to block it all out because I can’t imagine it. You know what I mean?

yes but it is here It’s happening right now.

Melissa (Navia) lives in New York. She went to Union Square and sent this video (taken in the subway station). I thought, “Wow.” It’s weird. I look forward to the conventions. I like meeting new people and talking to people who are so passionate about the show. i love all that stuff I look forward to it. I’ve done a few Doctor Who conventions so I know what that is, but it will be interesting to see what the reaction to Star Trek will be.