Chrisley Knows Best Season 9 on USA Network: Keeping up with the Chrisleys! Meet all of Todd Chrisley’s children 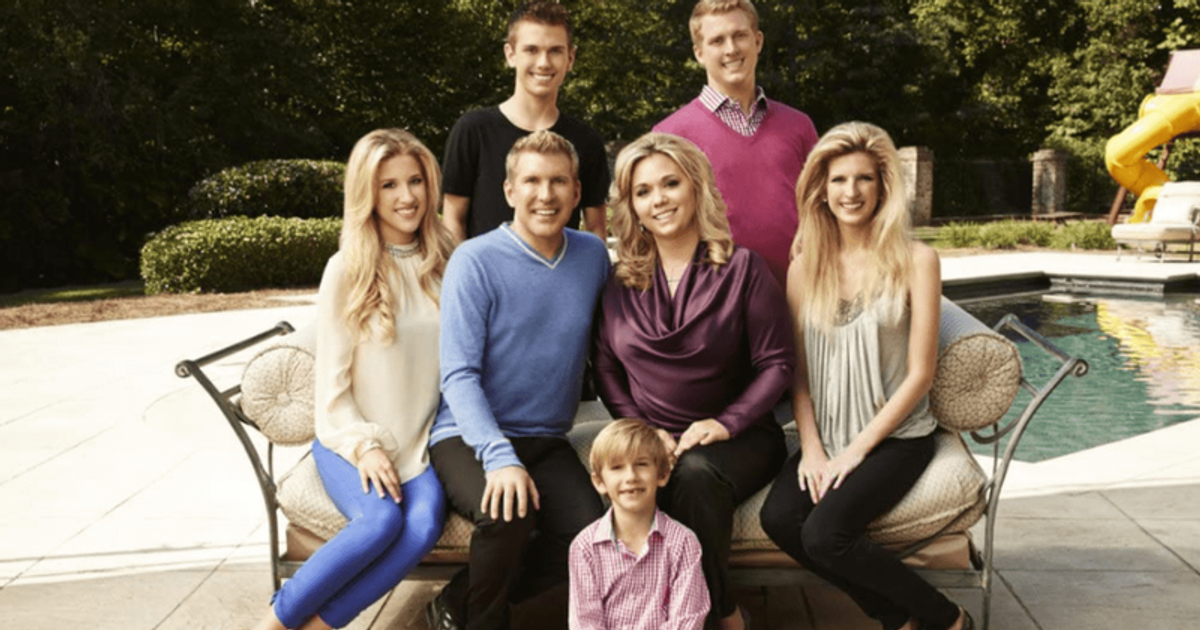 Todd Chrisley has five children from his two marriages. Find out more about the reality star’s children here

Whether or not you’ve ever watched an episode of Todd Chrisley’s reality show on USA Network, you’ve most likely come across his name. Chrisley Knows Best follows the life of Southern patriarch Todd Chrisley and his five children – but even the biggest fans of the series find this family tree difficult to decipher.

The idyllic life and career of Todd Chrisley is the inspiration for USA Network’s “Chrisley Knows Best.” The reality show, which wrapped up its ninth season in December 2021, follows the multi-millionaire real estate developer and his lavish lifestyle with his longtime wife Julie and their children. As is the way of things, every picture-perfect family has drama and other family difficulties; In the case of the Chrisley clan, the drama plays out both on and off television.

Todd has two older children from his previous marriage to ex-wife Teresa Terry, Lindsie and Kyle, and Chase, Savannah and Grayson with his current wife Julie. Add a few grandkids and you have a modern Brady Bunch. If you watch “Chrisley Knows Best” you’ll see that they value honesty, especially Todd who never holds back. The father of five has an easygoing manner that he teaches his children. For example, he has no qualms about letting his kids know if he’s okay with the person they’re dating. He actually did it a few times with Chase. As the reality show delves into family dynamics, here’s an introduction to the Chrisley kids.

Lindsie Chrisley, the eldest of the Chrisley siblings, was formerly married to Will Campbell. After a temporary break in 2016, the two were able to reconcile and work on their marriage, but they hit another snag and they announced their divorce in July 2022. Lindsie and Will have a child named Jackson, who has appeared in several episodes of the reality program. Despite her difficult relationship with her father, the Coffee Convos podcast host testified in his defense at his fraud trial in May 2022.

Kyle, Todd’s eldest son, was on the show briefly in season one, but he had a falling out with his famous father. Kyle has previously suffered from substance abuse and has sought treatment. He and then-girlfriend Angela Johnson had a daughter named Chloe in 2012. Kyle, on the other hand, lost custody of Chloe when she was only six months old. Angela and the Chrisleys shared custody of Chloe until 2016 when Todd was given sole custody.

The reality star’s middle-aged child, Chase, was born on June 1, 1996 to Todd and his current wife Julie. He has an excellent relationship with his father, who has even occasionally interfered in his son’s love life, setting him up with women after Chase’s split from his fiancée, Brooke Noury. Both father and son often make fun of each other by playing pranks on birthdays and other occasions. Chase stars alongside his younger sister Savannah in the Chrisley Knows Best spin-off Growing Up Chrisley. It follows the brother-sister combo on their journey to Los Angeles to show their dad they can do it on their own. Chase has worked as an actor in the Hollywood Hills. He is now the owner of his own brand of candles, the Chase Chrisley Collection. “Candles have always been my passion since I was a little kid,” he says on his website.

Savannah is the local beauty queen. Savannah and her older brother Chase have a spin-off show in addition to graduating from Belmont University! This show will accompany them as they live alone and cause their parents big troubles and heart attacks. With love, the story thickens. She was formerly engaged to Nic, but the couple called it quits in early 2022 after their engagement ended in September 2020.

Grayson, Todd and Julie’s youngest child, was born on May 16, 2006. The 15-year-old attends high school and enjoys track and field, which his father coaches. Grayson’s other television credits include Chrisley Knows Best, Steve Harvey, The Real and Big Star Little Star. He also appeared in the 2016 film Sharknado 4: The 4th Awakens.