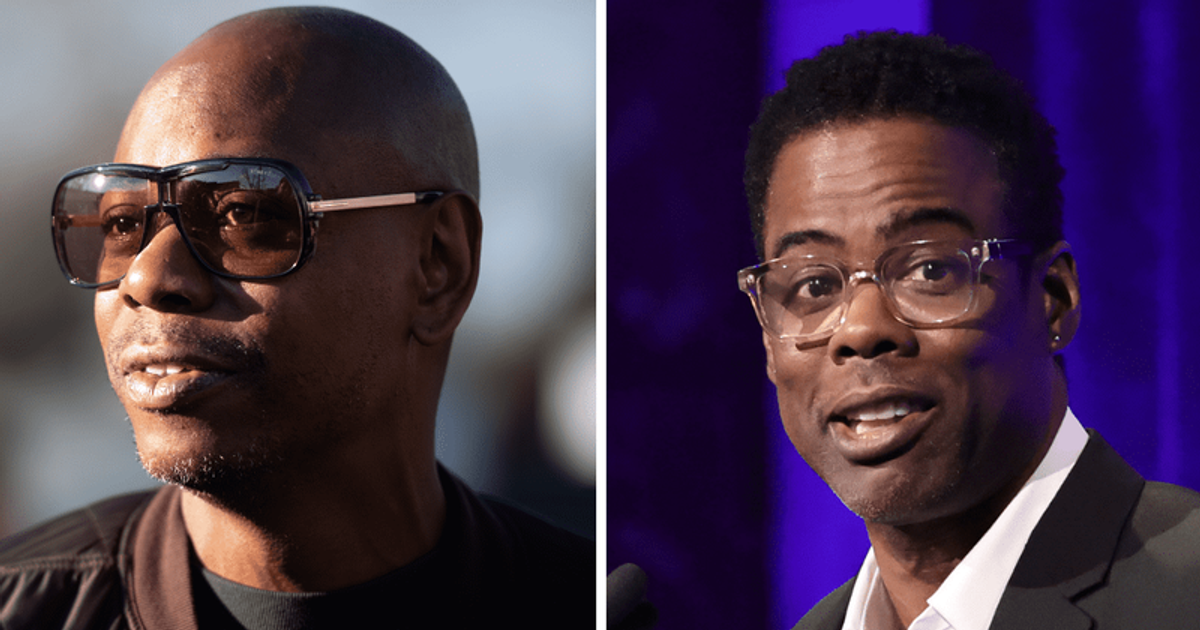 “I got hit by the softest n—a that ever rapped,” Rock told Chappelle while discussing their respective on-stage attacks

Discussions about Chris Rock and Dave Chappelle’s respective attacks on stage won’t die down anytime soon. So the two comedians provided their opinions as they took to the stage together to discuss the incidents on a “secret” comedy show. Chapelle was attacked by a suspected gunman, later identified as 23-year-old Isaiah Lee, while performing at the Hollywood Bowl Tuesday night, May 3.

On the flip side, Rock was infamously slapped by Will Smith during the Oscars in March after he apparently poked fun at Jada Pinkett Smith’s shaved look. The two men gave a surprise performance at the Comedy Store in the club’s 70-seat Belly Room on Thursday night, May 5, as they were cheered on by a host of celebrities including Kim Kardashian, Sean “Diddy” Combs, rapper Yasiin Bey and comedians JeffRoss.

“He flicked the first domino”: Fans blame WILL SMITH for the cowardly attack on Dave Chappelle

Did Howard Stern say Will Smith should have been beaten up at the Oscars? Shock Jock Says ‘Hollywood Is Fucked’

Chappelle then recounted his meeting with his alleged attacker. The Hollywood Reporter reported that the father-of-three “asked Lee what could possibly have triggered his attack, whereupon Lee — who Chappelle said appeared to be mentally ill — offered up a story about his Brooklyn grandmother, who had been coerced.” through gentrification from their neighborhood. The attack was intended to draw attention to their plight.”

Meanwhile, a number of celebrities have spoken out in favor of Chappelle. Comedian Kevin Hart said on Jimmy Kimmel Live!: “Someone who gets their ass kicked sends a message to other people, you know? I think that’s the world we’re in right now. There are many lines that are blurred. And sometimes you have to take a few steps back to take a few steps forward.” Hart also applauded Chappelle, adding, “I didn’t let this thing grow big. I quickly got off it and went back to doing comedy. And that’s what a professional does. Ultimately, those moments of unprofessionalism shouldn’t break professionals.”

Radio personality Howard Stern also condemned the attack on his ‘The Howard Stern Show’, saying: “I hate to say it but I always thought I told you I used to play live – America’s Got Talent. I always thought it’s these live shows and everything, it’s crazy because people are going to get crazier and crazier and they’re going to take those opportunities to attack others.”

He slammed Hollywood, explaining, “Unlike the Academy Awards, Jamie Foxx came running on stage and helped Dave Chappelle. Well here’s the point I want to make about it and how fucked up Hollywood is. Some in the audience at the Oscars should still be very ashamed. I hope they are. This guy jumped on stage and attacked Dave Chappelle. As soon as that happened, did they make him go back to his seat and laugh and sit next to his wife and then give them an award? No! They took him backstage, they broke his arms and hands so bad. They beat the shit out of him. But! At the Oscars, everyone came over and comforted Will Smith because it was live television and Hollywood didn’t know what to do with Will Smith.”