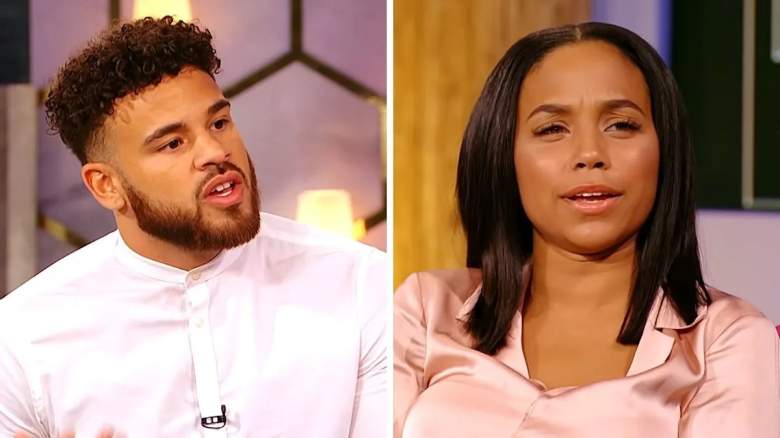 ‘Teen Mom’ star Cheyenne Floyd had something to say about rumors she’s had a Brazilian butt lift. The MTV graduate denied undergoing the procedure and said her fiancé, Zach Davis, didn’t even want her to have lip fillers.

“Oh my god, let’s just talk about this real quick. I didn’t get a BBL (Brazilian butt lift),” she said on her Think Loud Crew podcast, per The Sun.

“You know, I just feel like I keep getting all these messages from people like, ‘Just tell me you have a BBL and stop lying about getting your butt done,'” continued she continued. “I just feel like I just have to like it, get it out there, I didn’t get my butt ready.”

Floyd, 29, wanted to make it clear that she has never changed her body — or her face.

The speculation arose after Floyd posted photos of herself from her bridal shower. She and Davis are expected to tie the knot on September 29 in Pasadena, California. Floyd previously said she’s invited a few Teen Mom and MTV stars over, but she’s not sure who will be showing up. She also hinted that MTV might film her wedding for Teen Mom.

She and Davis have one child together, 1-year-old Ace. Floyd’s daughter, 5-year-old Ryder, is from her relationship with “Challenge” star Cory Wharton.

Fans aren’t wrong if they suspect Floyd had surgery — she did — it just wasn’t plastic surgery. Floyd required surgery after she and her family were shot 13 times while driving in Los Angeles. Floyd and her fiancé knew the person but denied he was a friend of theirs.

Floyd implied that she had lipo and a fat transfer to her chest, but didn’t go so far as to use those words.

“I had to have surgery because of the accident a year ago,” she said on her podcast, per The Sun. “The muscles in my chest had collapsed and basically the doctor had to pull fat from other places to put it in my breasts to fix them.”

“So, yeah, my waist is a lot smaller now, so I think it makes my butt look a lot bigger,” she added.

Although no one was hurt, Floyd feels her sense of security has been robbed. Worse, she’s afraid Ryder’s innocence has been stolen.

“With Ryder, it’s like she’s had her innocence taken away,” she said on the September 20 episode of “Teen Mom: The Next Chapter.”

“That stole everything I feel like I was working towards. It just seems like this girl keeps getting the end of the stick and it’s her life,” she continued. “It’s my life and as her parent, do I do anything to protect her?”

“Looking at what happened to us, I can hear Ace crying. I knew I knew he was alive even if something happened to him, but I couldn’t hear Ryder and it just kills me not being able to hear her,” Floyd said. “I just wanted her to say something. But she didn’t want to say anything and I can’t get that out of my head.”