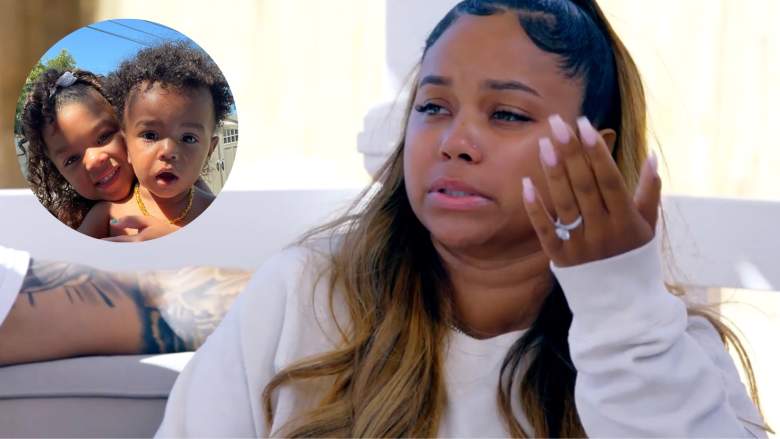 ‘Teen Mom’ star Cheyenne Floyd broke down as she opened up about the moment she and her family were shot 13 times while driving. The shooter did not hit anyone in the car.

The alleged attacker was arrested, but his court date has been repeatedly postponed. Floyd went to a break room to blow off some steam after the court date was pushed back again. Floyd’s family hoped they felt better after breaking some things, but Floyd was still reeling from the incident.

Although no one was hurt — 5-year-old Ryde and 1-year-old Ace, and Floyd’s fiancé Zach Davis were in the car at the time — Floyd said she was changed forever.

She fears that Ryder has also suffered an irreversible change.

“Ryder is like having her innocence taken away,” she said on Tuesday’s episode of Teen Mom: The Next Chapter.

“That stole everything I feel like I was working towards. It just seems like this girl keeps getting the end of the stick and it’s her life,” she continued. “It’s my life and as her parent, do I do anything to protect her?”

Floyd may have been referring to Ryder’s disorder, VLCAD. She cannot convert certain types of fat into energy for the body and has been hospitalized sporadically over the years.

The shooter fled after firing 13 shots and Floyd could hear Ace howling from the back seat. But she couldn’t hear Ryder. It’s a silence that continues to haunt Floyd.

“Looking at what happened to us, I can hear Ace crying. I knew I knew he was alive even if something happened to him, but I couldn’t hear Ryder and it just kills me not being able to hear her,” Floyd said. “I just wanted her to say something. But she didn’t want to say anything and I can’t get that out of my head.”

“Maybe that day you took her innocence and changed me, but this little girl is my life,” Floyd continued. “I just refuse to let anyone take that from me.”

In the next chapter of her life, Floyd wants to get out of film and graduate.

Davis revealed that he and Floyd knew the shooter.

“I looked at who was holding the gun and it was someone we both knew,” Davis said of the shooter, who has not been identified.

“Not only do we know him, he used to live here at Chey’s. There are pictures with him. And suddenly you just hear the shots,” he continued. “He hit the car 13 times and we crashed into the back of a Prius.”

Floyd said they were lucky to be alive.

“And God literally covered us that day because every cop that was there said they don’t understand why we’re all alive,” she continued. “And when I heard it over and over again, I just wanted them all to stop sticking with it. Because I had to pinch myself to make sure I understood that I was alive.”