Cheryl Burke Opens Up About Retreating From ‘Dancing With the Stars’ 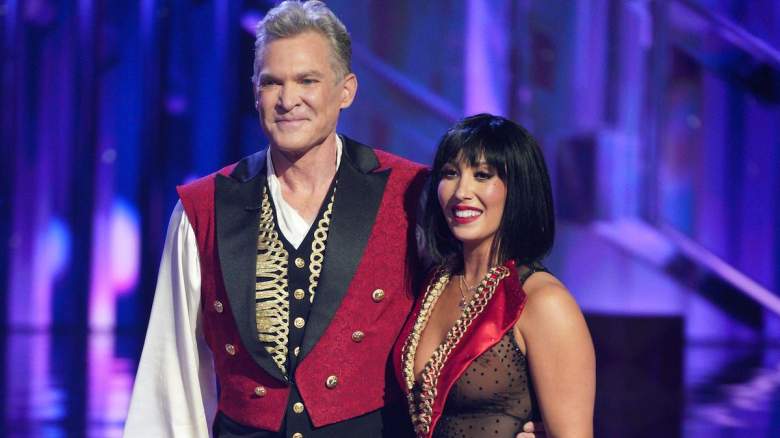 On Monday, October 10th, professional dancer Cheryl Burke and her partner Sam Champion were eliminated from season 31 of Dancing With the Stars [dancing] Shoes.”

On the Oct. 2 episode of her Burke in the Game podcast, the dancer said it was “damn about time” to quit and joked that she should use her mouth for money — i.e. the way she got so into podcasts. She’s also interested in becoming a hostess, something he thinks Champion is incredibly good at.

“It’s about damn time I used my mouth for money and hung up my shoes,” Burke said.

Champion replied, “I think that as a personality, as a talent, Cheryl, you have gifts that you haven’t had the opportunity to use. You are a great host. You’re a great coach, you’re a great dancer, but you are one Great Host.”

Burke was filled with gratitude for the compliments, but Champion wasn’t done yet.

He continued, “I would watch a show you host because you care about the people on it, no matter what it is — a competition show, a talk show, a mental health show. Because you don’t talk for the sake of talking. We have people that do that and we have people that have great shows that do that. But I think it’s special for someone who has a show or hosts a show to do that show about the people. I love that and that is value to me and you have that.”

What do you think, fans? Would you like to see Burke transition to hosting? She hasn’t officially said season 31 will be her last, and we’d love to see her at a third Mirrorball Trophy.

Burke won the show’s second and third seasons but has not won since. Her highest result after season 3 was two seasons of second place – in season 8 she finished second with Gilles Marini and in season 13 she and Rob Kardashian also tied for second place.

Burke actually told Heavy during Season 30 that part of her wants a third win “so badly.”

“Part of me wants that damn third mirror ball so bad! That’s since 2007, for goodness sake!” Burke said, but she went on to say that she was just grateful to have been a part of Dancing With the Stars at all.

“At the end of the day I can be greedy and say I want all the mirrorballs like Derek [Hough], but I’ve done it before and it’s just great to be a part of something that’s been celebrating ballroom dancing for so long. Who knew?” said the dancer.

Following her departure from season 31, Burke said in an Instagram Story that being eliminated so early in the season definitely felt “strange” — in all her years on the show, this ties to Burke’s earliest departure. She has only gone out 10th or lower four times in 26 seasons.

“It feels really strange to be eliminated so early. However, the best times have been with my boyfriend, family and dance partner for life, Sam Champion,” Burke said.

As part of their post-season interview round, Burke and Champion appeared on “Good Morning America,” where Champion called Burke “a dancing-with-the-stars royalty,” which all GMA presenters agreed with. He also said he couldn’t believe what she did to her body for 26 seasons.

“We all watch the show and we all watch these dancers perform season after season and Cheryl has been on it for 26 seasons. If you go through this, even for a few weeks, you realize what they’re doing to their bodies. These are elite athletes who have injuries and still go through the dance — Cheryl, I can’t even imagine what it’s like what you put your body through every year,” said Champion, to which GMA presenter Michael Strahan added, that every NFL player he’s talked to who’s been on the show has told him that “Dancing With the Stars” is the hardest thing they’ve ever done.

Champion also said he can’t wait to spend time with Burke off the show, telling the Good Morning America hosts, “I’m looking forward to spending some time with Cheryl. People need to know how great this young woman is. Not only is she a professional dancer and after 26 seasons probably the best ever, she also has the life experience of learning things from Cheryl. I can’t wait to just hang out with her and not have to balance at the same time.”

On the Oct. 9 episode of her podcast, Burke echoed those sentiments, saying of Champion, “It’s been wonderful seeing my time with Sam and him every day. As you know, we were friends before and we will be closer friends and family at this point after this experience.”