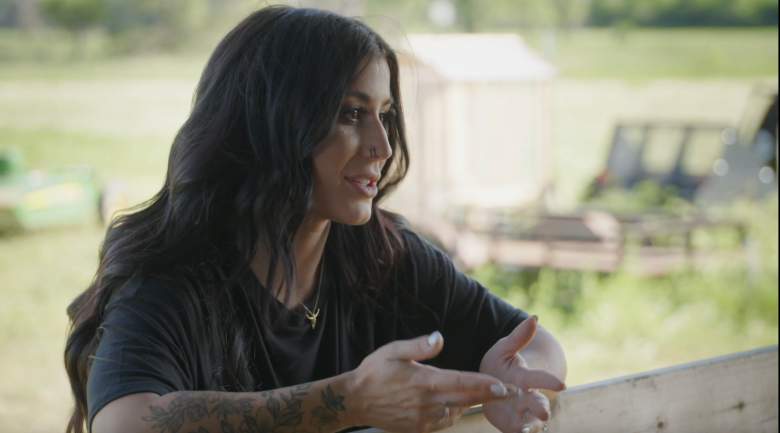 Former Teen Mom star Chelsea Houska gushed that her baby girl, 1-year-old Walker June, is a “mama girl” on the January 23 episode of her new HGTV show Down Home Fab.

Walker appeared in the episode as Houska and her husband, Cole DeBoer, discussed renovating their client’s home to give it a “sophisticated cozy” vibe. It’s one of the first times “Teen Mom” ​​fans have met Walker June. Houska, 31, was pregnant with her fourth baby when she and DeBoer, 34, left Teen Mom in November 2020.

Houska had been on the show for almost a decade, but she told E! News that she felt uncomfortable continuing with the show when her oldest, 13-year-old Aubree, became a teenager.

“She doesn’t go around saying ‘Dada,'” Houska continued. “She definitely has a cheeky side.”

Deboer initially tried to say that this was “wrong”, but then relented. “Yes, there will be,” he said. “That’s correct.”

Houska’s father, Randy Houska, played a big part in her story when she starred on Teen Mom. Randy and his wife Rita also appeared on the January 23 episode of “Down Home Fab,” when Houska and DeBoer visited Rita’s home decor store to get inspiration for their “Sophisticated Cozy” makeover.

“I think Rita’s store is a very good example of South Dakota,” Houska said of her stepmother’s store on Down Home Fab. “She’s all cowhides, very rustic decor. It has a lot of bells and whistles. But I also love that there are some chic South Dakota moments happening there, and I love that.”

“I think it’s so cool to have someone in my family who owns a home decor store because I can jump in there and source decor for our customers,” Houska added. “So it’s really a nice way to integrate the family business.”

Speaking about his relationship with his father-in-law, DeBoer said they get along well.

“Chelsea’s dad and I get along really well,” he told an HGTV camera. “We like the same things. He likes to grill and bbq and I like to eat it. It’s a game made in heaven.”

Houska may have returned to television, but that doesn’t mean she’ll have another role on Teen Mom.

“I feel like this chapter is closing so hard for me that I don’t think I even want to open that door at this point, even the slightest bit,” Houska told The Ashley’s Reality Roundup. “Not that there are bad feelings, I just feel like I’ve gotten over it.”

DeBoer echoed his wife. “That’s something we just closed and moved on to. It wasn’t a bad thing, it was just time to move on,” he told The Ashley.

Houska and DeBoer faced some backlash for returning to television with “Down Home Fab” after leaving “Teen Mom,” but Houska clarified that leaving MTV didn’t mean she was ending her career in reality TV star gave up.

“We never thought, ‘I never want to be on TV again,'” Houska told The Ashley.

“When we left, we didn’t think, ‘We’re going to leave this [show] for HGTV,'” she continued with the outlet. “We left completely because that was really what we felt in our hearts that we had to go. And after that, HGTV opened up.”

Down Home Fab airs Mondays at 9 p.m. ET on HGTV.