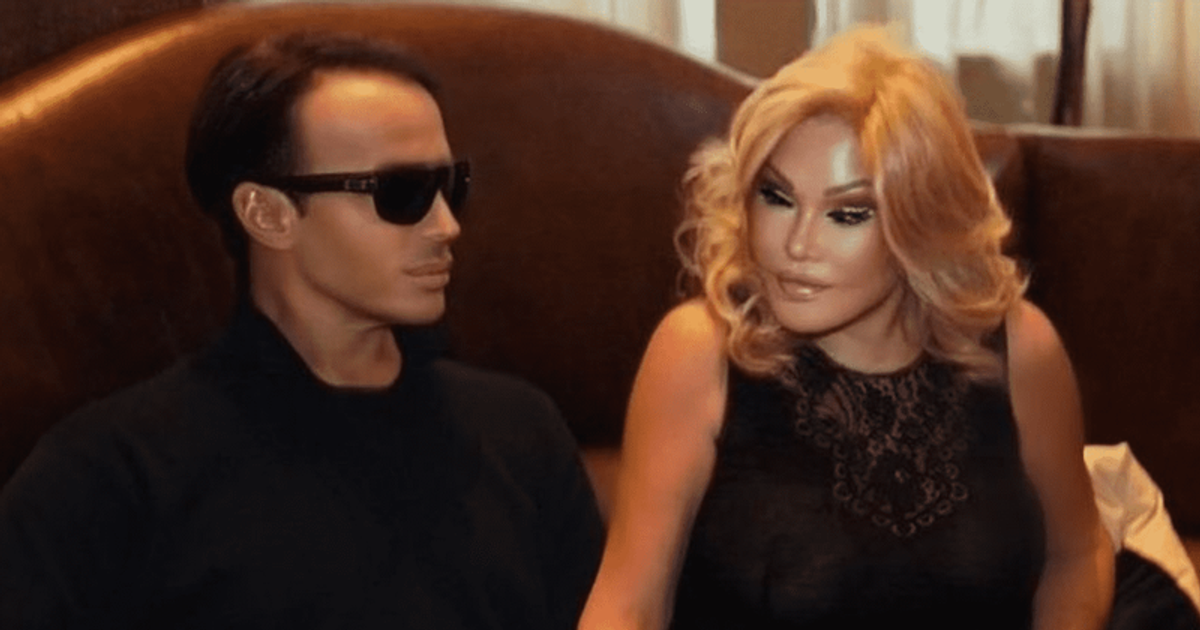 NEW YORK CITY, NEW YORK: Jocelyn Wildenstein looked smitten as she shared a heavily filtered snap from her date night with fiancé Lloyd Klein. The Swiss-born socialite, who is widely known as ‘Catwoman’ due to her feline traits, took to her Instagram on Friday, January 20 to share the romantic picture with her boyfriend, 55.

The dazzling image was captured by Wildenstein, who donned a lace trimmed top and chic black trousers that complemented her bold look perfectly. She sported a glamorous makeup layer highlighted by a sculpted smoky eyeshadow with metallic silver flecks and a feline black eyeliner. She completed her look with her blonde locks styled into waves. Fashion designer Lloyd also matched her aesthetic, opting for a black ensemble while showing off his very smooth face. He complemented his look with large sunglasses.

Wildenstein was accused of scratching the designer and then slashing him in the chest with scissors after falling into a violent rage around 1:30 p.m. The incident reportedly happened at her apartment in Trump World Tower, where Lloyd was forced to shove her into a closet until police arrived. However, the charges were later dropped, according to the DailyMail.

Reflecting on the case, Wildenstein said, “In life we ​​take our frustrations out on those we love most and I directed mine at Lloyd. I let my frustration turn to anger, and it was wrong. I saw red and became an obsessed woman. I thrashed like an angry cat. The fight with Lloyd was when I hit rock bottom. I felt like I was at the end of the line and just snapped.”

A year later, the couple made headlines again when reports claimed they got into another late-night argument. They denied all reports, saying they injured themselves during passionate sex after a beef bourguignon dish exploded. Lloyd said he ran to the shower to wash the scalding hot broth off his legs, where he slipped and fell and suffered a small cut on his forehead. He told the Daily Mail that neighbors overheard their noisy lovemaking and mistakenly assumed Wildenstein was being attacked.

“I burned my legs when the bowl exploded and I went into the shower to pour water on it,” Klein said. “I must have been making a lot of noise, I was panicking but Jocelyn came into the bathroom to see I was fine and one thing led to another. I slipped and cut my forehead because it was all very wet, but it wasn’t a big deal, a tiny cut. We went to the bedroom and had great passionate sex. The neighbors probably heard all this and assumed someone had been murdered. A few minutes later, security walked into the apartment uninvited and went straight into our bedroom.”