Catherine Giudici pregnant? Sean Lowe Reveals If Baby #4 Is In The Cards 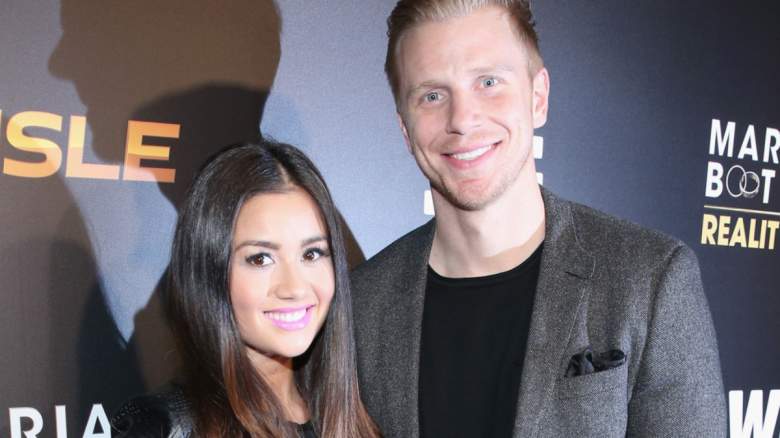 Catherine Giudici and Sean Lowe are the proud parents of three young children. The couple, who are one of The Bachelor franchise’s few success stories, have their hands full with their brood — but they’re not quite sure they’re done having kids.

Lowe was a guest on the January 18, 2023 episode of the Bachelor Happy Hour podcast, where he was asked if he and Giudici were considering adding a fourth child to their family.

“If I had a dollar for every request! Originally our plan was to have more than three children. Then we had three kids and we realized, dammit, that’s a lot of work. We may be done, but we talk about it occasionally,” he said.

Lowe and Giudici are parents to Samuel (6) and Isaiah (4) and daughter Mia (3). After welcoming their daughter, Lowe and Giudici seemed to feel their family was complete. With all three children “out of diapers,” a fresh start with a newborn may not be on the cards.

“We’re really happy with how our family looks and feels right now. Our two boys and our girl are the youngest, we’re in a really good groove. I don’t think we want to go back to diapers. We just got Mia out of her diapers. We’re happy with three, so I think we could settle down here,” Lowe said on Bachelor Happy Hour.

Giudici repeated these thoughts in a December 2021 interview with Us Weekly.

In April 2022, four legs were added to the Lowe household. Lowe teased a big announcement on social media, though he promised fans his wife wasn’t pregnant. Not long after, he introduced the family’s new dog to the world.

“Well Mia had a nice 2 year run but that run is over now. Please say hello to my new favorite kid Gus,” Lowe captioned a photo on Instagram. Gus is a Great Dane who has quickly outgrown all three Lowe children.

The puppy has been trained extensively and seems to be fitting in well with the family.

CONTINUE READING: Jared Haibon rushed to the emergency room after an accident at work

From Bella Thorne to Denise Richards, here are the top 5 actresses on OnlyFans

From Bella Thorne to Denise Richards, here are the top 5 actresses on OnlyFans