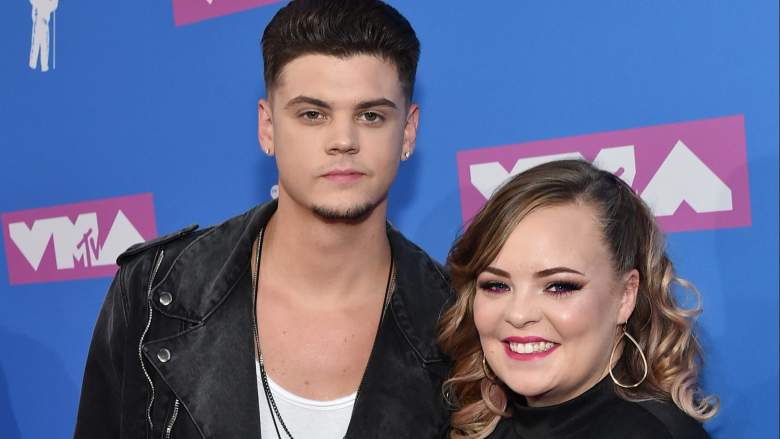 “Random messages from my husband 😂🤣😂 @tylerbaltierramtv,” she captioned the video.

The couple has been married since August 2015. They have three daughters together: 7-year-old Nova, 4-year-old Vaeda and 18-month-old Rya Rose.

They put their eldest child, 13-year-old Carly, up for adoption in 2009. The Baltierras are the only couple in Teen Mom who have decided to adopt their baby.

The pair are slated to appear in the new version of Teen Mom, titled The Next Chapter.

Lowell said the news was “accidental,” but social media users on Reddit had a few other words to describe it.

“How can I go back in time and not look at this? nightmares,” one person wrote.

“I’m ashamed of them both,” said another social media user.

Some people suspected that Lowell was compensating.

“What kind of person shares their texts with their significant other like that? What a strange thing. I think Cates is just trying to remind everyone, “See! He likes me,” they wrote.

Lowell took another departure from her NSFW content on Instagram when she shared a message about suicide prevention.

“At 17 I was a depressed self-injuring teenager wondering how painful ending my life could possibly be,” she wrote on June 13. “Right now I’m lying on the couch and I can hear my husband reading a bedtime story to our four-year-old in goofy voices.”

“Life gets better,” Lowell continued. “Make sure you’re there to see it.”

In 2014, Lowell first revealed that she was struggling with her mental health and thoughts of suicide.

“My depression and anxiety was so bad,” the MTV star told In Touch Weekly. “I didn’t want to live another day.”

“I would have severe panic and anxiety attacks in the middle of the night that would lead me into a deep depression,” she told In Touch Weekly. “I couldn’t stop crying. I felt like I’d be better off dead. I need help.”

Both Lowell and Baltierra have emerged as mental health advocates and are strong advocates of therapy.

“Never give up ❤️ you won’t know what the future holds IF you’re not HERE to see it!!!” Lowell wrote in her June 13 Instagram post.