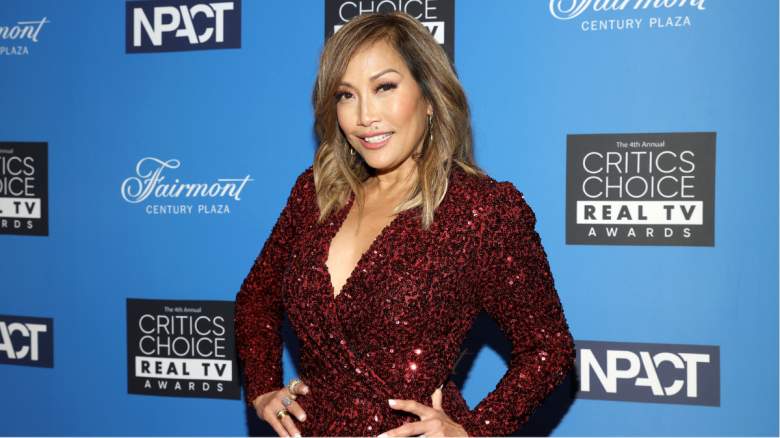 Carrie Ann Inaba talks what fans can expect when Dancing With the Stars heads to Disney+ for Season 31.

Though the casting hasn’t been officially made and filming is still a long way off, the longtime DWTS judge is returning to the show – and she’s looking forward to it.

“I will definitely be sitting at the judges’ table next season where I usually sit. I’m very excited about this. I think it’s going to be a really good change. After 30 seasons, some shows don’t make it that far. The fact that we’re still evolving and trying new things says a lot about our brand,” she told E! News.

Inaba will be joined by Bruno Tonioli, who confirmed his return in May 2022. “Dancing with the Stars has moved to Disney+, which is a big deal. Due to the travel situation I will be there. It will be streamed live. It’s very, very exciting,” he told Deadline, confirming his departure from Strictly Come Dancing.

Inaba told E! News that some changes are afoot — and that some things will likely stay the same.

When DWTS returns to television in the fall, there will be some big changes. Aside from the fact that only Disney+ subscribers will be able to watch the season, Inaba said the way voting is conducted will most likely change.

“It’s a little bit different. I think the difference maybe is the live voting across the country. Maybe there will be some things that come with the scripts that I think people will love. People don’t always like change, but I think they will adapt,” she told E! News.

Regardless of how things work or what changes are made, showrunners seem confident with the move to a streaming platform.

“The show’s broad appeal, as well as the overwhelming popularity of its Disney-themed competition nights, makes Disney+ the perfect home for ‘Dancing with the Stars’ while expanding our demographic reach,” Kareem Daniel, chairman, Disney Media and Entertainment Distribution told Deadline, when the move was first announced.

While there have been all sorts of rumors about whether or not Tyra Banks will move to Disney+ and stay as the host, Inaba made her feelings clear on the matter.

“Of course we want Tyra!” she said. “What’s so special about ‘Dancing with the Stars’ is that once you’re on our show, you’re part of the family. This is so precious. We really are a family. Not many shows come as close as we do,” she added.

And while Inaba might be pro-banks as a DWTS host, it seems like a decision hasn’t been made yet — and if so, those involved with the show probably aren’t aware of it.

“As for the show, the only information we’ve received about it is that we’re going to be performing on a different platform, but who’s going to be a part of it, and even ourselves as dancers, I’m not sure,” Ballroom said -Pro Artem Chigvintsev in April 2022 to Us Weekly. “We’re definitely not the first to find out what’s going on,” he added.