Carlos PenaVega takes family on tour: “It’s hard” and “worth every penny” 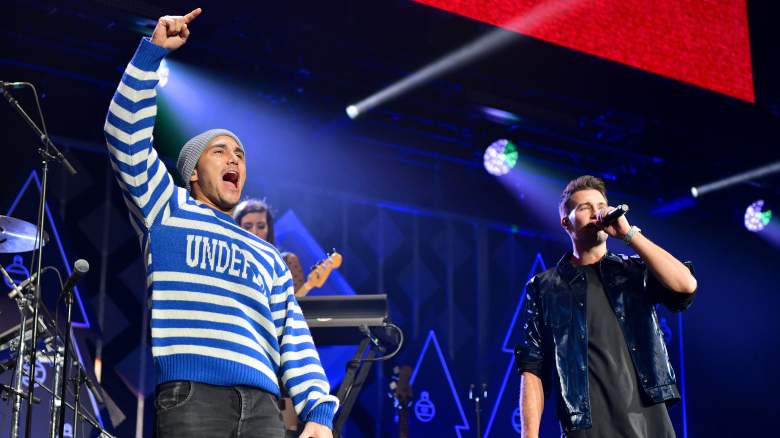 Carlos PenaVega is touring with Big Time Rush, but he’s not letting that stop him from spending time with his family. The Hallmark star shared on social media that he’s taking his three young children and wife Alexa with him. He says the expense — including paying for your own tour bus — is worth not being separated for months.

In an Instagram post, he shared that no matter how difficult it might be to take three young children on tour, he thinks it’s important and doesn’t want to be away from his family for several months.

He wrote, “People always ask me ‘WHY would you take your family on tour?’ THIS is gone! There is no way I spend three months without the people I care about the most.”

He said that they might not get enough sleep and might even have to pay for their own bus, but it’s worth it.

He wrote, “Do not get me wrong. It is difficult. We had to pay for our own bus… And sometimes sleep isn’t guaranteed… but it was worth every penny and a sleepless night. Love our little team like no other. If I learned something – fight for your family. Fight to be together when you can. And don’t take a moment for granted. We are not promised tomorrow. So make memories TODAY :)”

PenaVega is on the Big Time Rush Forever Tour.

The concerts are a huge success and thousands attend each event.

PenaVega was part of a band and a hugely popular TV series on Nickelodeon called Big Time Rush. As Michigan Daily explained, the series was created by Scott Fellows in 2009 and was intended to seek to capitalize on the same success that fictional pop stars have enjoyed on Disney Channel. Nickelodeon and Columbia/Epic Label Group partnered to create the TV series, which follows the story of Minnesota hockey players trying to make it big as a boy band.

Stephen Kramer Glickman played the role of producer Gustavo Rocque, while the boy band consisted of Kendal Schmidt as Kendall Knight, James Maslow as James Diamond, Carlos PenaVega as Carlos Garcia, and Logan Henderson as Logan Mitchell. The fictional band’s 2010 album BTR even peaked at number three on the Hot 200, and the band had a real-life tour that sold out in just a few days. The series (and the band) ended in 2013.

When the band announced a reunion tour, fans couldn’t contain their excitement.

Alexa PenaVega is one of those fans.