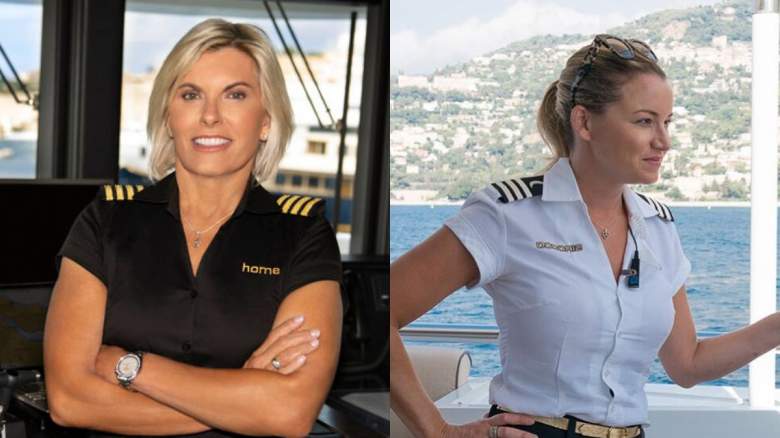 Captain Sandy Yawn and Hannah Ferrier had a controversial past on Below Deck Mediterranean, culminating in Captain Sandy firing Ferrier after it was discovered that she had medication on board that she had not reported or provided a prescription for .

In light of the Below Deck Med Season 7 premiere, Captain Sandy opened up on where she stands with Ferrier now and whether the two are getting along better now. “Hannah doesn’t want any part of me,” the superyacht captain told Us Weekly Candidly. Nonetheless, Yawn added:

Captain Sandy revealed in her interview with Us Weekly that she tried to contact Ferrier to explain her perspective on what happened, but that the former Chief Stew wasn’t interested in “any part of it”.

Yawn added, “If Hannah ever opens the door, of course. We’ve had great conversations in the past. Hannah often came to my cabin and I heard many of her stories. So there was a relationship. But what can I do? I live my life. She lives hers.”

As viewers will recall, Ferrier was fired halfway through Season 5 of Below Deck Med after Boatswain Malia White found some Valium in Ferrier’s belongings that she had not reported. Ferrier later claimed she took Valium for her anxiety and was given a prescription for it, People reported.

Below Deck Med Season 7 premieres July 11 and sees Yawn return as the captain of a new ship, Home, this time based in Malta at the helm of an almost entirely new crew. The show is described on Bravo as follows: “Unlike previous charter seasons, Sandy works with a complex hybrid vessel that makes navigation more unpredictable.”

The season will see new department heads and the preview indicated plenty of drama between crew members. Season 7’s Chief Stew will be played by Natasha Webb.

Ferrier may not be returning to Below Deck Med, but she’s back in the Mediterranean to film a new reality TV show, The Real Love Boat. According to an announcement about the show, Ferrier will be the cruise director on a Princess Cruise ship, helping various passengers find true love. The show is currently filming and is set to premiere in Australia later this year, Network 10 reported.

Captain Sandy also addressed her former crew member’s new job on the Mediterranean and reality TV, saying it was “great”. Yawn told Us Weekly: “I’m so happy for her. I’m serious. She wants TV. I’m so happy she has that.”