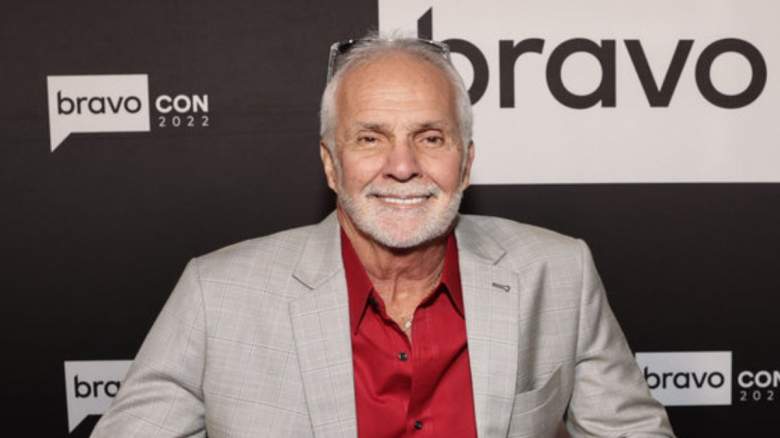 Captain Lee Rosbach spoke candidly about his time on “Below Deck” when speaking with Brandi Glanville on her podcast, and the two reminisced about the seasons when Kate Chastain was the head stew.

Glanville, who’s really close friends with Chastain, asked Rosbach about Chastain’s departure on Brandi Glanville Unfiltered, and he said he only found out about her leaving the show through social media. He said he thinks one of the main reasons for the show’s success is the consistency in the crew, which initially consisted of himself, Chastain and chef Ben Robinson.

After Boss Ben left, Rosbach said it was just him and Chastain as the “core group” and that it worked really well too. “When Kate left, nobody told me that. I found out about it on social media,” he revealed. “And I immediately called Kate and I was like, ‘Seriously?'” Glanville said Chastain probably shouldn’t tell anyone. “I understand that,” Rosbach replied, “but I just thought, ‘Someone just cut off my right arm.'”

Rosbach was full of praise for Chastain, telling Glanville that his longtime boss stew was “so reliable” and also very funny. “Your mind is like a steel trap,” he said. “Extremely fast… She can slice and dice with the best of them.”

He said he was really happy to hear she was cast in The Traitors. He explained that he told Chastain she was made for the show and he had no doubt that she would “shine.” “I can’t wait to see it,” he told Glanville, who also appears on the new Peacock show.

Rosbach added that he could sit back “any day of the week” and watch Chastain engage in a verbal confrontation.

Rosbach and Chastain now have a very close friendship, and the beloved captain shared a touching moment with his former Below Deck co-star. Speaking to Glanville, Rosbach explained that when his son died three years ago, Chastain was there for him, no questions asked.

He said as soon as she found out, she was out the door of her apartment and on a flight to see him. Captain Lee said she didn’t call or ask, she just showed up. “That’s exactly the kind of friend Kate is,” he shared. “She is a very special person.”

Chastain, who recently announced she is pregnant and expecting her first child in May 2023, is appearing on Peacock’s newest series, The Traitors, alongside Glanville and two other Bravo stars, Reza Farahan and Kyle Cooke. The four are joined by several other reality stars and “civilians” and compete for a quarter of a million dollars.

Captain Lee, on the other hand, appeared in the first few episodes of Season 10 of Below Deck but had to step down due to health issues. Luckily for fans, he announced that he is doing much better and will return to the season before the finals.