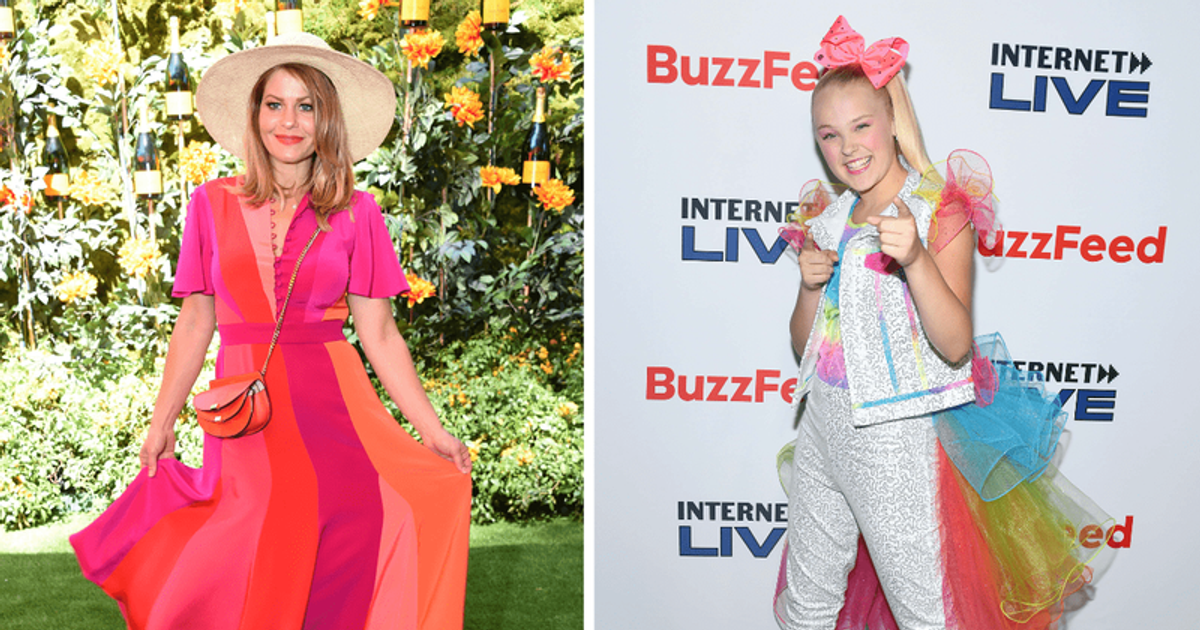 Dancer JoJo Siwa called Candace Cameron Bure the “rudest celebrity she’s ever met” on Sunday, July 24. She made the statement while answering a series of questions on TikTok to categorize celebrities “who are the nicest, their crush and the rudest” she’s ever met. The video titled “Pooltag = suspended hahaha” has already garnered more than 14 million views

In response, ‘The Fuller House’ actress Bure, a believer in Christ, posted an Instagram Story with the Bible verse Isaiah 26:4 which reads: “Trust in the Lord forever, for the Lord God is an everlasting rock. “Later, Bure came up with an Instagram video saying they both had a conversation where she revealed she had broken Siwa’s heart when she was just 11. Bure learned she had turned Siwa away, when the young gay icon asked her for a picture at the 2016 premiere of The Fuller House. Bure told Siwa not to take a picture and continued to click photos with others. Bure added during the conversation that Siwa’s interaction during the Kelly Clarckson show was great and, ‘You were super nice and all,'”

In Bure’s video on Instagram, she initially said she was “shocked” and “had no idea where it came from.” “I immediately tried to reach her through mutual friends and my publicist contacted her manager and I DMed her because I didn’t know what happened — I didn’t know!” she said. “So I finally got to talk to JoJo this morning. I’ve called you. And we had a great conversation. She said, ‘Hey, how are you?’ I said, ‘Well I’m better, what happened?'” she continued. “But then JoJo said, ‘I met you at the Fuller House premiere when I was 11 and we were all on the red carpet. I came up to you and said, ‘Can I have a picture with you?’ and you said to me, “Not now.” And then you did what you did and you took pictures with other people on the red carpet.'” Bure added, “Please know that as a mother, it breaks my heart that I made you feel this way, and it I also feel sorry for your mother that I did this to her daughter. I know if someone crosses my children, Mama Bear comes out.” However, Siwa replied to Bure that their encounter was years ago and that it was “seriously no big deal”.

Although things have calmed down between the two celebrities, there has been discussion and reaction on social media platforms to Bure’s apology. Blogger and columnist Perez Hilton tweeted, “I really like #CandaceCameronBure. She always seems accepting and friendly. #JoJoSiwa. Another user said, “I don’t believe her. People tend to lie to #Christians because they don’t like what the #Bible says about certain things. JoJo Siwa says #FullHouse’s #CandaceCameronBure is the “rudest celebrity I’ve ever met”. However, there was another tweet that pointed this out: “Lmao Candace is so condescending. I met her on a red carpet and she was rude that the random person with her was nicer to me than she #Jojosiwa.” One user tweeted, “Candace Bure was on the radio with me and I thought she was adorable. We had a great conversation before and after the segment. She was wonderful. And she has a connection to my hometown #Winnipeg.”