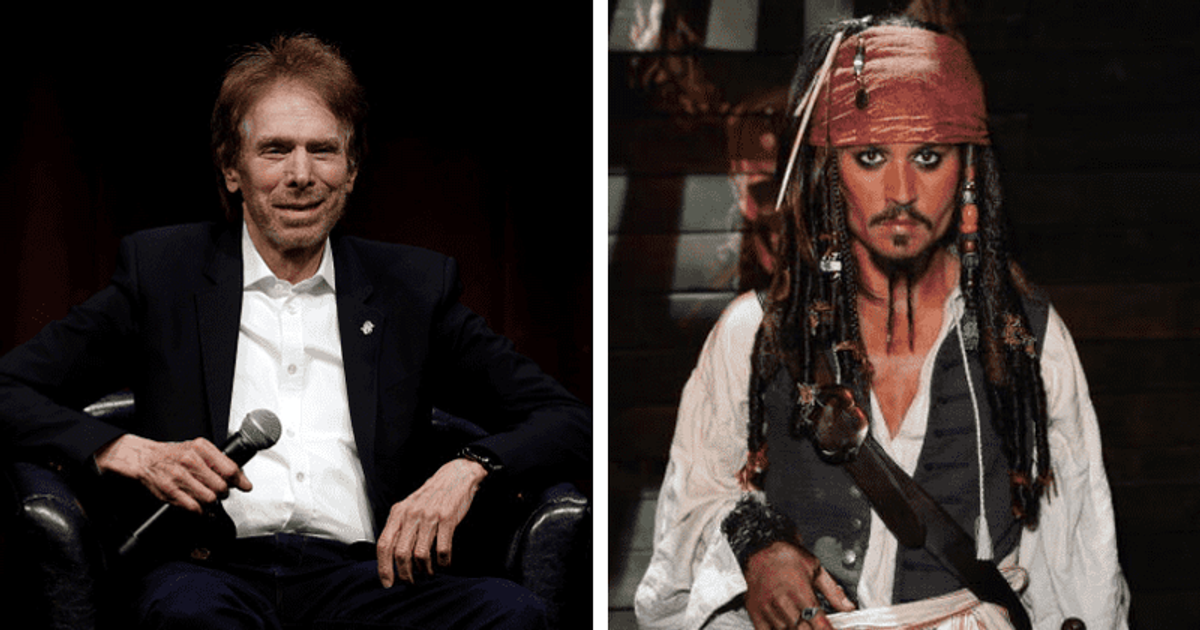 The original Captain Jack Sparrow, Johnny Depp, from Pirates of the Caribbean, is reportedly not returning to the film franchise anytime soon; definitely not until his ongoing defamation lawsuit against his ex-wife Amber Heard is settled, as Disney producer Jerry Bruckheimer has put it.

Producer Bruckheimer appears to have reflected the actor’s desire not to return as Captain Jack in the hit Disney film franchise. In an interview with The Sunday Times, Jerry was asked about Depp’s return and he replied: “Not at this point. The future has yet to be decided.”

Fans know that a female-led Pirates movie starring Margot Robbie and another reboot of the original series are already in the works. To shed light on this, producer Jerry said, “We are developing two ‘Pirates’ scripts.

In fact, during one of the actor’s testimonies during the defamation lawsuit against Heard, Depp agreed that he would not reprise his role as Captain Jack Sparrow even if Disney offered him “all the money on this earth.” Heard’s attorney, Ben Rottenborn, said: “The fact is, Mr. Depp, if Disney came to you with $300 million and a million alpacas, nothing on earth would make you go back and work with Disney on ‘Pirates of the Caribbean.’ . Movie? Right?” and Johnny agreed. He further explained, “There was a deep and clear feeling of being betrayed by people [he has] worked hard for.” Depp, 58, said, “People I delivered a character to that they initially despised, but I stuck to my guns with the character and it seemed to work.”

Heard is being sued by her ex-husband Depp for $50 million over allegations that an op-ed she wrote in the Washington Post in 2018 portrayed him as a domestic abuser. While Depp wasn’t mentioned in the article, his attorneys argued that the essay clearly pointed to the abuse allegations Heard made when she filed for divorce in 2016, waging a “smear campaign” to ruin her career.

The defamation trial is one of the most watched live stream broadcasts. The twists and turns in the case and the ugly secrets of the former couple’s marriage that have been revealed to the public have been the most debated topics on the internet. The trial began on Monday, April 11, in Fairfax, Virginia, and resumed on Monday, May 16, after a one-week hiatus.

Meanwhile, Twitter users shared their thoughts on the news that Depp isn’t returning as Jack Sparrow. One fan said, “The series was then,” while another added, “Just turn Pirates of the Caribbean off.”

Another opined: “Soft as s**t. Let the OG be who he’s meant to be.” One fan simply said, “I will not watch a single POTC movie that doesn’t star Johnny Depp as Captain Jack Sparrow. As simple as that.”

One user said: “Jerry Bruckheimer said it was unlikely at this point that Johnny Depp would return to a potential sixth Pirates of the Caribbean to play Captain Jack Sparrow again. Why the hell would he return?! Good luck continuing with a sixth film, Depp was the heart and soul of the franchise.”