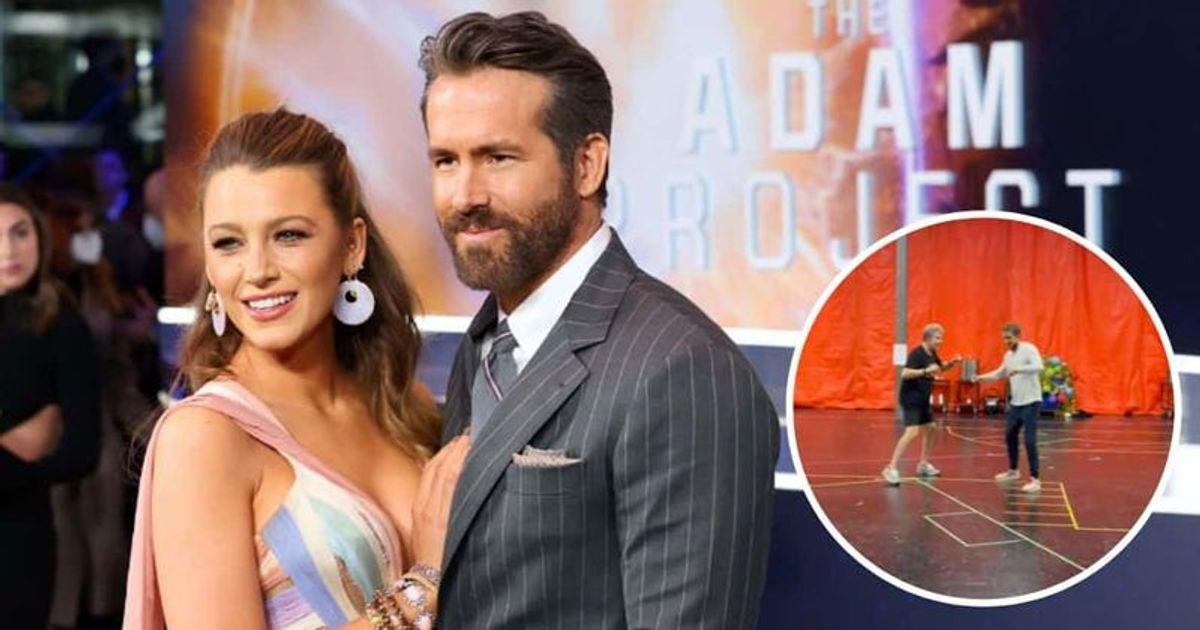 Ryan Reynolds captioned the video, “You have to be willing to be bad at something if you want to be… a little less bad at it.”

NEW YORK CITY, NEW YORK: Blake Lively and Ryan Reynolds are known for their online banter, and now a pregnant Blake is even funnier. Reynolds shared a video of himself and Will Ferrell practicing a dance routine on Instagram on Wednesday, November 23, to which Lively responded by asking, “Can you get pregnant while pregnant?”

Reynolds himself was less than thrilled with his dancing in the video. They practiced a dance sequence from “Spirited,” an upcoming musical comedy on Apple TV+. Both co-stars worked on the choreography for the song “Ripple (Cut Song)”, which plays in the end credits.

Captioning the video, the ‘Deadpool’ star said: “You have to be willing to be bad at something if you want to be… a little less bad at it. Here’s Will and I proving that point! We are so impressed with all the love for #Spirited on @appletvplus.”

A fourth child for the notoriously flirtatious couple is currently on the way. After giving birth to daughters James, Inez and Betty in 2014, 2016 and 2019, the ‘Gossip Girl’ star, 35, and the ‘Free Guy’ actor, 46, will soon give birth to their fourth child. “She still has a lot of energy. [Blake] is out and about, taking healthy walks in her neighborhood and making sure she’s eating right and not exerting herself,” as reported by Us.

The ‘Just Friends’ star previously admitted she sought singing and dancing advice for ‘Spirited’ from his pal and old ‘nemesis’ Hugh Jackman, who is currently parading down Broadway in ‘The Music Man.’ Reynolds wasn’t overly happy with the results, however. “It’s so natural for Hugh that his help didn’t help in a weird way,” Reynolds said in an interview with Big Issue. “He said, ‘Just make sure you hear those count-offs and those beats.’ And I said, ‘I don’t hear the beats, man. Help me with something real here!’” He learned Jackman’s best lesson over a cup of coffee rather than on the dance floor. “He reminded me of something that’s so important in almost everything you do in art,” Reynolds recalled. “He said, ‘Just remember to enjoy it because if you enjoy it, we’ll enjoy it.”

Following Blake’s comment, Chloe Arnold, one of the Apple TV+ film’s choreographers, also praised the stars’ work ethic in the comments. “I love you Ryan!! 😂😂 That’s why you are who you are! 🐐 You put the WORK into it, don’t be afraid to make mistakes and don’t give up until you get it done! We enjoyed every moment with you guys! The training is progressing! I’m so proud of what you and Will have achieved. You all made it! NO doubles, just hard work, determination and love! Thank you to the Jasons for supporting our choreography team and coaching these two to peak performance! @jasonluks @jasoneugene” Actress Kerry Washington was also among those who commented. She said, “I would watch a whole movie of just the dance rehearsals @thespiritedmovie @vancityreynolds.”

While Jayme Rae Dailey posted, “You guys were both amazing ✨✨🏆 It was really special to see your talent on set.” The Instagram official commented, “Verified
we can’t wait to get all our holiday spirit out of this movie 🤲” One user said, “In another timeline you guys were definitely in a boy band together. Definitely.” While a second commented: “Love love loved it so much. Definitely the start of a new Christmas tradition! Good day X.”