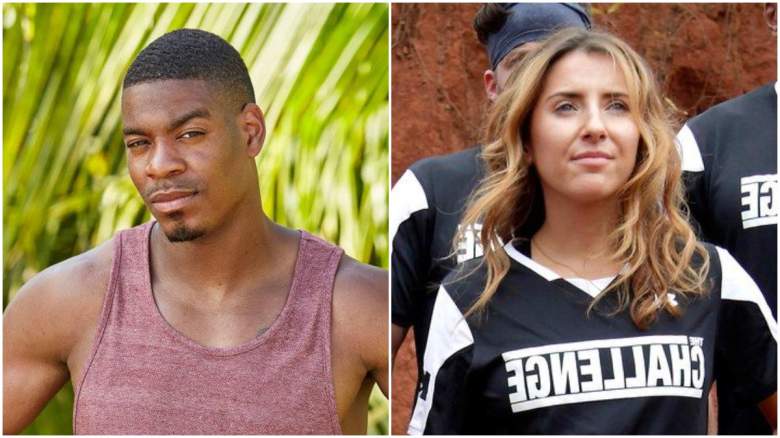 Leroy’s video outlined how he felt about Camila’s comments at the moment, and he also criticized the producers for not only allowing her to stay on the show, but also not intervening when it happened. He also talked about the lasting effect it had and how much it bothered him that he hadn’t talked about it beforehand.

In his video, he urged MTV to do better, pointing out that the network is still following Camila on Instagram (it hasn’t followed her since):

Shortly after Leroy posted his video, Camila took her reaction to Instagram Live (snippets of which were saved courtesy of the Challengeteaa Instagram account). “I don’t condone racism,” she said. “If there is anything in your eyes that I can do better, I ask you to tell me. Because you can judge me any way you want, that’s fine. That is up to you. But actually I want to get active and do something positive. “

She said she was doing “anti-racism courses” and trying to educate herself. “That’s what I want to do, that’s it. I was wrong, period, 100 percent. “Camila responded to several comments from people on her live, including one in which she said,” Exactly, I don’t want forgiveness, I’m not the victim. What I did was wrong. It is wrong.”

Two days after his first video, Leroy posted another short clip on social media thanking everyone who reached out to him for support and saying he already felt a lot better about himself reports. “I’ve been through a lot with this situation over the years and finally being able to express myself about what happened and how I felt about it, and knowing that I am getting that kind of support means so to me a lot, ”he said in the video shared on twitter.

He reiterated that he hopes that changes will take place at MTV and that the network will hold itself and the performers accountable. “I’ll make sure the network definitely does the work … they have a huge platform and a huge impact on the people,” but expressed my confidence in MTV’s ability to step up and make real change.

After Leroy posted his first video, Camila’s Instagram page was flooded with angry and hateful comments, which resulted in her deleting her latest post, turning off comments and making her page private. Leroy responded shortly afterwards in his appreciation video, telling his followers, “As for people who visit Camila’s site or send hateful messages, we don’t have to because I feel we can’t beat hate with hate. ”

He concluded that he doesn’t care whether or not she has changed personally since then because it’s beyond his control. What is important to him is the network, he said, because they have the biggest platform and influence.