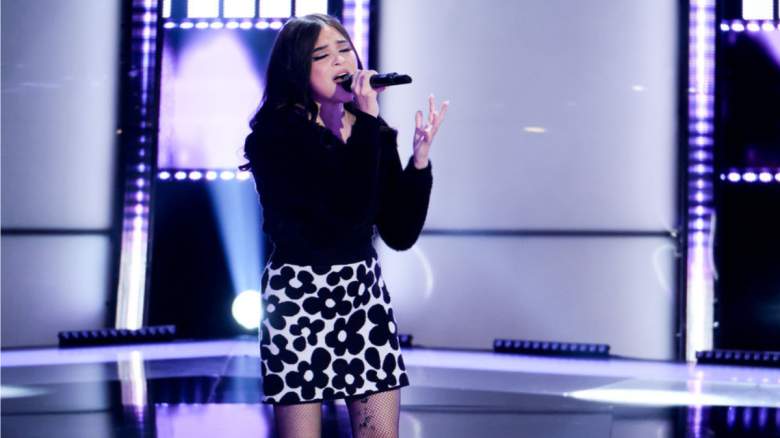 Teenage girl Alyssa Witrado jumped at the chance to attend the blind auditions on “The Voice” season 22 and chose to sing a coach’s most iconic song for the only chance to get the coaches to to turn around.

The 19-year-old from Fresno, California knew she was taking a chance.

“My mom used to sing to me when I was a kid, and I think that’s why I’m so musical,” she shared. “My family is everything to me.”

She added that her parents divorced when she was 9, which was tough on her.

“I became more sheltered, I started being alone a lot,” she said of that time in her life, adding that sometimes she didn’t know what to do or who to talk to, so she turned to music . “I felt so much better about life. Being here is what makes me most grateful for this opportunity.”

Before her audition, Witrado said she hoped she could do the song justice.

“Gwen is very special to me in my heart, as is Camila,” she said before taking the stage.

Stefani and Cabello got excited when they heard the first few notes of the song, and both turned around after the first few words.

Shelton was also seen singing along to the song, although he and Legend didn’t turn a blind eye to the artist.

“I have a feeling this is rigged!” Cabello said jokingly after the song ended.

“I want you to be happy but I turned around first, I love the song choices, I love that you sang it like that,” Cabello shared. “I feel like we both have the same taste in music. We both love Gwen Stefani.”

Stefani shared: “Alyssa, this was so surreal to me. It’s really a weird song and it’s hard to cover it… It really sounded that good. And what I like about you is your energy.”

“I’ve heard a million people try [singing ‘Don’t Speak’ on ‘The Voice’], but it always feels like they’re wearing the wrong clothes,” Stefani said. “But it was a really good fit for her.”

The teenage singer was very excited to be on Stefani’s team.

“I can’t even breathe right now, I don’t know what’s going on,” she said after her audition.

In a tweet after it aired, Stefani shared that she thought Witrado might have been better at singing “Don’t Speak” than she was.

“Ummm I think @witrado_lyssa may have sung my song better than me,” she tweeted. “Welcome to #TeamGwen.”

The fans replied to let Stefani know that they support Witrado.

“I loved her sm omg and I cheer for her.” one person tweeted.

another wrote“It was a great performance and Alyssa’s version which was very cool.”