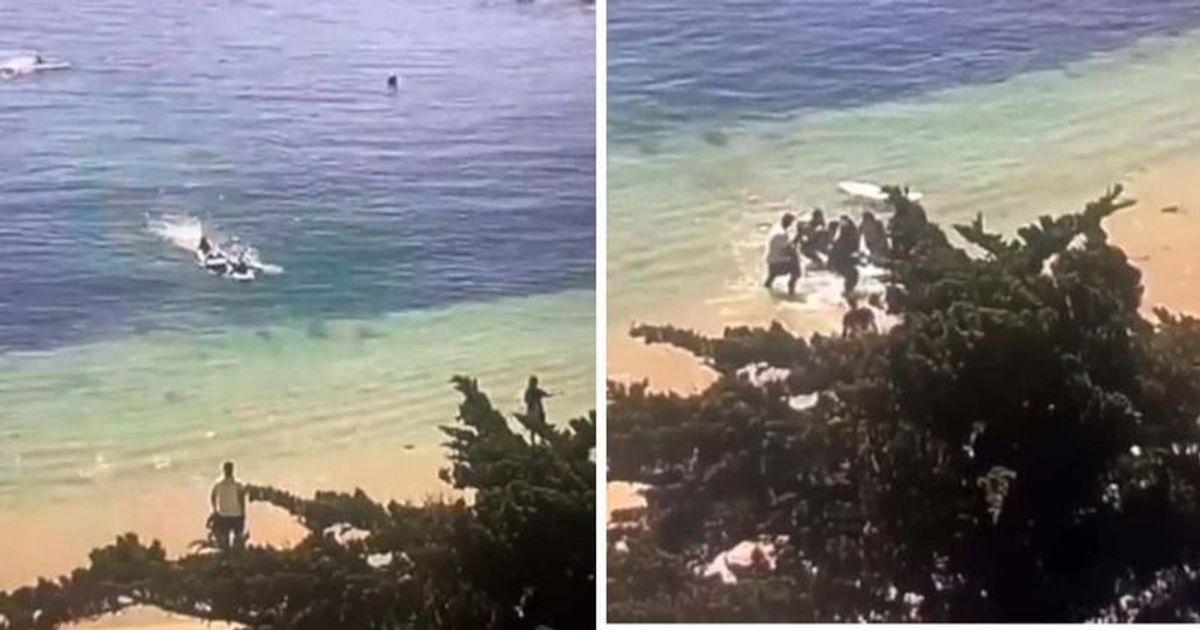 A surfer in Northern California was seriously injured after a great white shark attacked him in the leg Wednesday, June 22, at Gray Whale Cove State Beach south of San Francisco, resulting in severe abdominal and leg injuries.

The incident happened around 10:35 a.m. when a six-to-eight-foot great white shark approached the 39-year-old man to attack him, according to the San Mateo County Sheriff’s Office, according to KSBW. Onlookers said they saw the man swim to shore and fall onto the beach as blood spurted from his leg. After the attack at Lovers Point Beach, the surfer was taken to Natividad Hospital.

According to the Monterey Herald, a Salinas resident named Fernando Beltran witnessed the incident and thought it was two swimmers wrestling until he saw the shark. He said: “I realized when I saw the dorsal fin. I was in shock for a minute and I thought, ‘Oh, that can’t be a shark.’ I thought it was two guys wrestling.” Beltran narrated the scene as he saw the swimmer go under the water for about 10 to 15 seconds and when the swimmer resurfaced he began calling for help. The witness said he dialed 911 and a group of four or five paddlers rushed out to help the surfer and get him out of the water. The police applauded the people who stepped in to save the surfer. They said in a press release reported by the LA Times, “We would like to express our gratitude and appreciation to the Good Samaritans who took immediate action and took a personal risk to help the swimmer. We send our prayers and thoughts to the swimmer and his family. “

The Monterey Fire Department conducted a drone search to hunt the shark, but there were no sightings, police said. Authorities will continue to monitor the area while the beaches remain closed and will open as a precaution on Saturday 25 June.

Friends of the victim identified the surfer to KSBW as Steve Bruemmer. The man belongs to a local swimming club that regularly takes to the water off Lovers Point. His condition was not disclosed.

The California Department of Fish and Wildlife Shark mentions on its website that there have been 202 shark incidents involving all shark species in California since 1959, including at least 179 involving great white sharks. Of these incidents, 15 were fatal. “It is important to note that while human use of beaches and marine activities has increased greatly due to growing populations and the greater popularity of surfing, swimming and diving, shark incidents have not increased proportionately. This becomes even clearer when you look at incidents where one person was injured,” the department said.