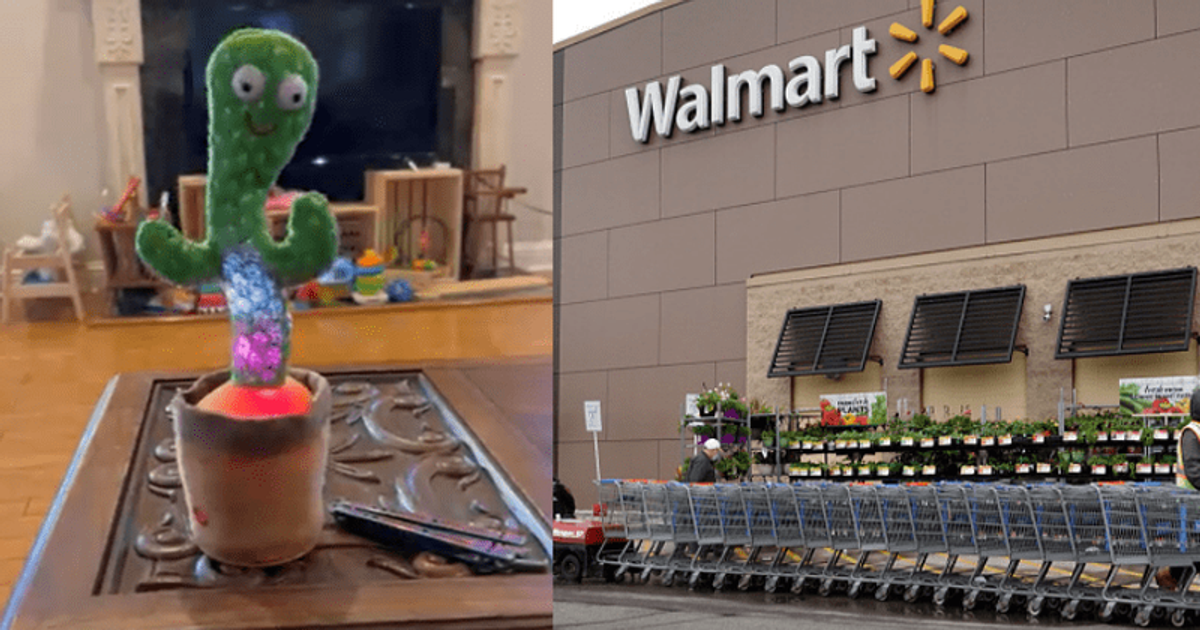 This singing cactus toy was also marketed in Europe through Amazon, which received complaints about the lyrics

The dancing cactus toy, which sings in three different languages, stunned a Polish-speaking customer with its R-rated lyrics and prompted Walmart Canada to remove it from their website.

According to a report that caught our attention, Walmart has withdrawn a children’s toy that swears and sings about smoking cocaine in Polish. The toy sings songs in three languages: English, Spanish and Polish. The issue became known after Ania Tanner, of Ontario, Canada, bought the toy for her granddaughter, according to CTV News.

Walmart will sponsor college education for its 1.4 million US employees

Tanner, who is a Pole, claims the Polish song had profanity and talked about cocaine use, drug addiction, sadness and suicide. Tanner, who paid about $ 26 for the dancing cactus on the Walmart website, told CTV News Toronto, “I just don’t want anyone to believe this is a wonderful product and go online and do the same until Christmas . “She added,” This toy uses harsh language and talks about cocaine use that I didn’t order for my granddaughter. ” “Because I’m Pole, I was amazed when I started listening to music and hearing the lyrics.”

It turns out that the production company used a piece of Polish rap music without understanding the words. The music is a rap from a Polish singer named Cypis, according to CTV News. He raps about five grams of cocaine, suicide, and sadness, along with loads of swear words. Meanwhile, the rapper in question appears to be suing the Chinese toy store for using their music without permission.

Walmart told CTV News that the article would be removed if the company investigated the allegation. “These products are offered for sale on our Marketplace website by a third party. While we investigate this allegation further, we are removing the goods, ”a Walmart spokeswoman told CTV News Toronto.

This singing cactus toy was also marketed in Europe via Amazon, which received complaints about the text and was considered by many to be unsuitable for a children’s toy.

An angry Amazon reviewer wrote, “The fact that there are three songs should be CLEAR in the description. One of them is crucial. One of them is Spanish. And the other is a Polish song about drugs.” “Who the hell is promoting a device for kids that plays cocaine songs?!?!?” Another Amazon customer wondered.

“Doesn’t anyone understand that all of these reasonable needs for present-day items are a little bit of a rebranding?” mic.com miracle. “Just name it ‘Cola-craving Cactus Dancer’ and put it on our adult-only Christmas list.”

Many social media users have posted videos and made hilarious comments about the “dancing cactus toy”. One person tweeted, “I bought my daughter a dancing cactus toy … that seems to be singing and dancing to a Polish song about cocaine addiction ???”

Another user wrote: “For years I’ve been looking for a cactus that dances and sings about cocaine abuse in Polish … I finally find one, but before I get to the store the Comstocks are ripping them off the shelves!”