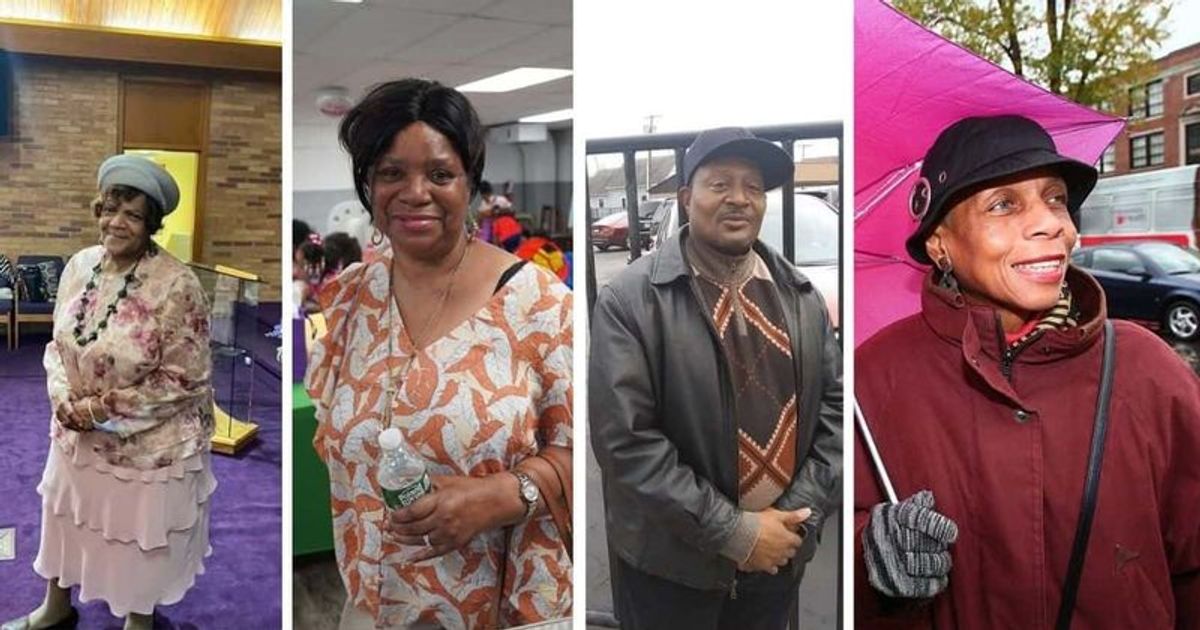 BUFFALO, NEW YORK – A “racially motivated” mass shooting at a Buffalo supermarket on Saturday, May 14 left ten dead and three others injured when Payton Gendron, 18, opened fire. Gendron drove from “hours away” in Conklin, New York, to the Tops supermarket on Jefferson Avenue. Filming took place in a predominantly black neighborhood.

Eleven of the victims were black and two of them were white. “We are investigating this incident as both a hate crime and a case of racially motivated violent extremism,” Stephen Belongia, the FBI’s Buffalo Field Office special agent in charge, said during a news conference. Erie County Sheriff John Garcia said: “That was pure evil. It was a racially motivated hate crime.”

Gendron has pleaded not guilty. He was remanded in custody without bail and a felony hearing was scheduled for Thursday, May 19. Police have now identified the victims of the horrific attack.

Ruth Whitfield, 86, had stopped at Tops to shop for groceries after visiting her husband at a Buffalo nursing home. “From her daily stay to take care of my father, she left the nursing home and stopped right there, a few blocks from the nursing home, at the store to get something on the way home. She didn’t deserve to be murdered,” her son, Garnell Whitfield Jr., 65, told PEOPLE. Garnell said his mother will be remembered as a “staunch family advocate” who is “very proud of her African American heritage” and proud to be a “Black woman.” She leaves behind four children, seven grandchildren and six great-grandchildren.

Aaron Salter Jr., 55, a former Buffalo police officer, is being hailed for trying to stop the gunman. When Gendron tried to enter the supermarket, the longtime security guard and former Buffalo police officer tried to stop him. However, Salter’s bullet failed to penetrate the attacker’s armor. Gendron then shot Salter dead. Father-of-three, Salter had turned himself in to another gunman in 1996 but escaped death. “My first reaction was to duck,” he told The Buffalo News after a suspected burglar threatened him with a 12-gauge shotgun. “I don’t like looking down the barrel of a shotgun and if my partner hadn’t shot first it would have been a golden opportunity to shoot us. My partner probably saved us.” Salter pursued his dream of building vehicles that run on green energy. He had a company called AWS Hydrogen Technologies.

Pearl Young, 77, was a longtime substitute teacher who worked closely with the children at the Emerson School of Hospitality. “She was always laughing and talking non-stop,” said Stephanie Courtney, who worked with Young at the school in the Buffalo Public School District. “The kids loved her. She took on a special class with students with severe disabilities. She learned how to zoom during COVID.” Young and her husband lived in Buffalo and had three children and ten grandchildren.

Katherine Massey, 72, was a civil rights and education attorney. She was shopping for groceries at the supermarket when Gendron opened fire. Her sister, Barbara, told Buffalo News that her brother should pick her up later. “He killed my sister,” Barbara said of Gendron, describing Young as “a beautiful soul.”

Celestine Chaney, 65, a breast cancer survivor, celebrated her birthday just days before she was killed in the shooting. Their son, Wayne Jones Jr., who was an only child of divorced parents, said he was very close to his mother. On Mother’s Day, just days before her murder, he celebrated with his mother with a home-cooked meal and a sip and color party. Chaney left six grandchildren.

Geraldine Chapman Talley, 62, had two children — Genicia Talley, 42, and Mark Talley, 32. She also had an unbreakable bond with her niece, Kesha Chapman. When her niece heard about the shooting, she immediately traveled from Atlanta to Buffalo. “Aunt Gerri was the sweetest person,” said Chapman, 46. “She didn’t like confrontation. She wanted everything to be simple and full of love,” she added. Talley reportedly worked for years as an executive assistant.

Roberta Drury, 32, was reportedly a regular visitor to Tops supermarket. She had recently helped her brother recover from a bone marrow transplant. Speaking to The New York Times, her sister Amanda Drury said, “She was always the center of attention and made the whole room smile and laugh.”

Heyward Patterson, another victim of the shooting, died after being shot in his truck in the Tops supermarket parking lot. Patterson’s friend Tonie Sanders said he’s “a deacon and my best friend,” according to the Buffalo News. Patterson left a wife and daughter.

In addition to the dead, non-life-threatening injuries were sustained by Christopher Braden, 55, Jennifer Warrington, 50, and Zaire Goodman, 20. Warrington and Goodman have already been released from medical care.