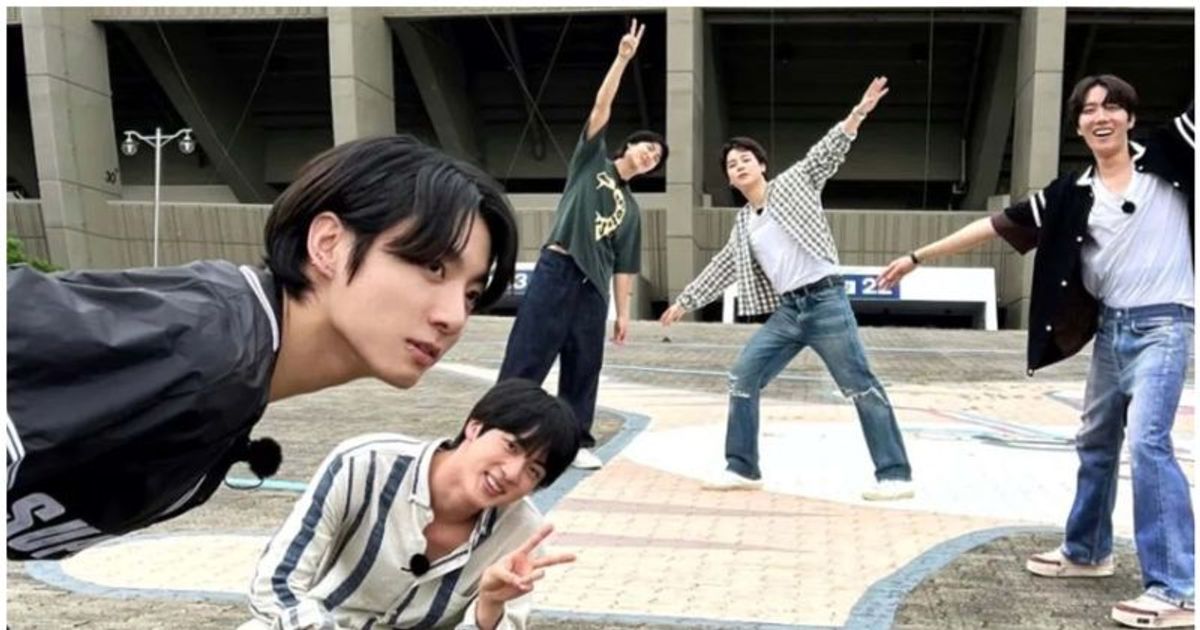 Members of BTS have been spotted together on the streets of South Korea filming for an unidentified project amid their “hiatus”.

The hiatus news of one of the world’s biggest boy bands was met with sourness as members of BTS met on June 15 to explain their struggles after living together for the past nine years. BTS members explained how they would finally be moving out of their dorms and taking a break from group activities to focus on their solo careers. The message was initially misconstrued, and the members themselves had to make it clear to fans that they weren’t going anywhere.

RM (Kim Namjoon), the leader of BTS, wrote to fans in a lengthy post that BTS is only taking a short break after a successful comeback. He added that the boy band wasn’t going anywhere and would be staying here for a long time, and it looks like that might be true after all. Since then, there hasn’t been a break for the members as they have been constantly seen together. Barely a month after BTS’ brief hiatus was first announced, the boy band members are already bonding and ARMYs are confident the boys are filming something special for them.

BTS was spotted filming together in South Korea

On July 12, BTS’ Jin took to Instagram to post a series of photos showing him being followed by the other BTS members, namely RM, J-Hope, Jimin, Jungkook and V (Kim Tae-hyung ). As an ongoing BTS tradition, it’s a well-known fact that members don’t want their “worldwide handsome hyung” to be left alone. Because of this, every time Jin tried to take a picture of himself, a member would interrupt him. To continue this tradition, this time, when BTS members were at Jamsil Olympic Stadium, Jin held the best opportunity for him to take photos of himself.

To his surprise – and that of the fans – all the BTS members bombarded the oldest members’ photos and the series of images ended up showing an irritated Jin who just wanted to take nice photos and his hoobaes (juniors) who didn’t want to leave him alone . On the same day, Korean media spotted BTS members together in front of their old company building. When HYBE was not yet a multinational, BTS belonged to Big Hit Music (today known as HYBE).

The sighting has piqued the curiosity of fans, who are wondering if BTS’ new filming schedule means their ongoing variety show Run BTS will finally make a comeback, as promised by the members themselves. On the other hand, fans are also curious if the new filming schedule will apply to all BTS members, but Suga means the boys are pranking the member who was absent from filming.

Another possible guess is that the members may be filming their upcoming Disney+ documentary, in which they discuss their origins and share their journey right from their early debut to the final years of their success. Either way, when BTS members film together, fans joke that the break is one of the “non-breaks” that comes from a K-pop group. One fan said, “That was the most uninterrupted break I’ve ever seen.” One surmised, “They’re filming (Run BTS??) in front of their old dorm.” Another suggested, “If they’re running filming bts, maybe is it the episode they suggested where they have to pick a location and all 7 have to meet at that location? That also ended with “What if 1 person goes somewhere else?” This is Jamsil Stadium.”

One fan asked: “Are you shooting Bangtan Run BTS? IDK. Waiting for the comeback.” Someone added, “I wonder if this will be included in your Disney Plus documentary series. Maybe they’re filming for a Run BTS episode. Anyway, I’m excited to see what the Bangtan Boys are up to in real time.” One fan said, “I think @BTS_twt is filming for the Disney+ documentary as they’re going back to where they started, not Run BTS. Exciting!” Someone said, “And BTS is filming at Nonhyeon. Every day I open this app. It’s something every day. Pause who?” Another fan summarized, “Not even a full month into hiatus and so far we’ve had one jack in the box announcement, more, Hobi headlining Lolla, Taehyung in Paris, Wooga in the Soop, in the Seom release, new documentaries announced, BTS Busan concert announced, and BTS filming something at Jamsil…… BTS might be getting a little break, but we’re not fucking in it.”