BTS promise fans “Yet To Come” is coming from their anthology album “Proof”. 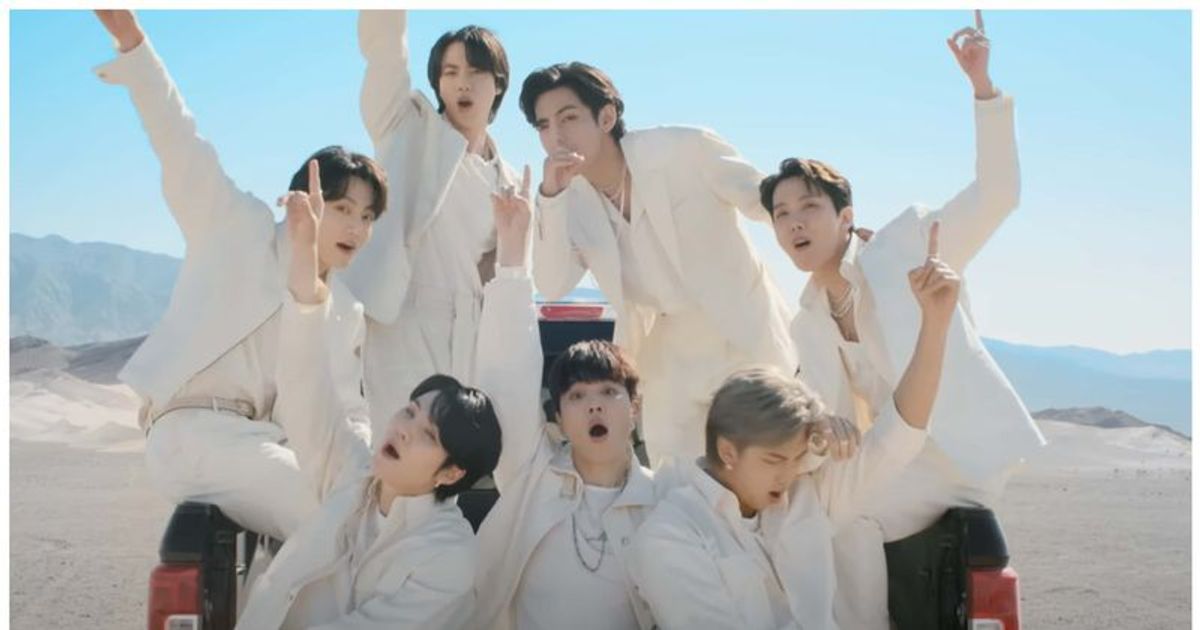 The wait is finally over and the biggest boy band is finally making a comeback with their first Korean anthology album “Proof”, which will be released on 10 World. The boy band released their 45-track album Proof, which chronicles the boy band’s nine years in the music industry. Featuring songs from their debut to their more recent English hits like “Dynamite” and “Butter”, the album is more or less an introduction to BTS for all their new fans with their best hits.

The album marks BTS’ first comeback in 11 months since the release of their hit single ‘Butter’ in July and was released with a music video for the title track ‘Yet To Come’ with the slogan ‘The Best Moment Has Yet To Happen’. The music video premiered worldwide at the same time and opened with Jungkook, the group’s maknae, sitting alone in a desert looking at the other BTS members in chairs. The music video features the boys in multiple outfits, including a shared white outfit, as well as solo suits reminiscent of BTS’ previous videos.

The title track “Yet To Come (The Most Beautiful Moment)” shares BTS’ promise to fans that the members will assure fans that even though their past was the best, their best is indeed what’s to come next. what they have done so far. Each of the four BTS singers opened the single in turn, starting with Jungkook, followed by Jimin, and then V (Kim Taehyung), who provided an all-English line, and next came Jin, the oldest member of BTS. With rappers RM (Kim Namjoon), Suga, and J-Hope in charge of creating this mid-tempo alternative hip-hop genre song, the song feels like BTS’ gift to ARMYs.

The video for “Yet To Come” is full of references to the old hits, whether it’s the Jeep that was part of the 2015 BTS video “Run” or the Ferris wheel seen behind Jungkook in “Spring Day.” was. The references to the large statue with wings and how Jin covers V’s eyes this time like V did to Jin in ‘Blood Sweat and Tears’ are obvious. The boy band has also made a connection to their past as they chose to sit in the same order of music videos like “Save Me”, “Just One Day” and many others. The train car, numbered 20219 and RM ready, is a fan favorite and can be seen in “Yet To Come” as the entire music video fills fans with nostalgia.

Shocking many fans, the music video ended with a yellow school bus appearing in the middle of the desert as the boys sped towards it. The bus is the same one that BTS members first stepped off in their debut music video for “No More Dream,” and seeing the members board the same bus seems like a perfect end to their entire nine-year journey.

Watch the music video for BTS’ Yet To Come here

Fans are having a gala time theorizing the music video for ‘Yet To Come’ on Twitter, as one fan said, “THE LOT OF REFERENCES WE HAVE IN YET TO COME MV.” The upcoming MV was so beautiful, full of throwbacks and references to her past MVs.” Another fan said, “When past meets present. IT IS SO BEAUTIFUL. Taekook Spring Day references in ‘Yet To Come’.” One fan quoted the lyrics, “PROMISE I WILL KEEP ON COMINV BACK GOR MORE.” Another fan promised, “And we promise to always be here and waiting.” One fan said: “OH GOD THE RESPONSIBILITY?! MAN I LOVE HER SO MUCH.” One fan concluded, “It makes sense to have the references of her past in this mv. Hold on to them because they’d get through anything. Goose flesh.”