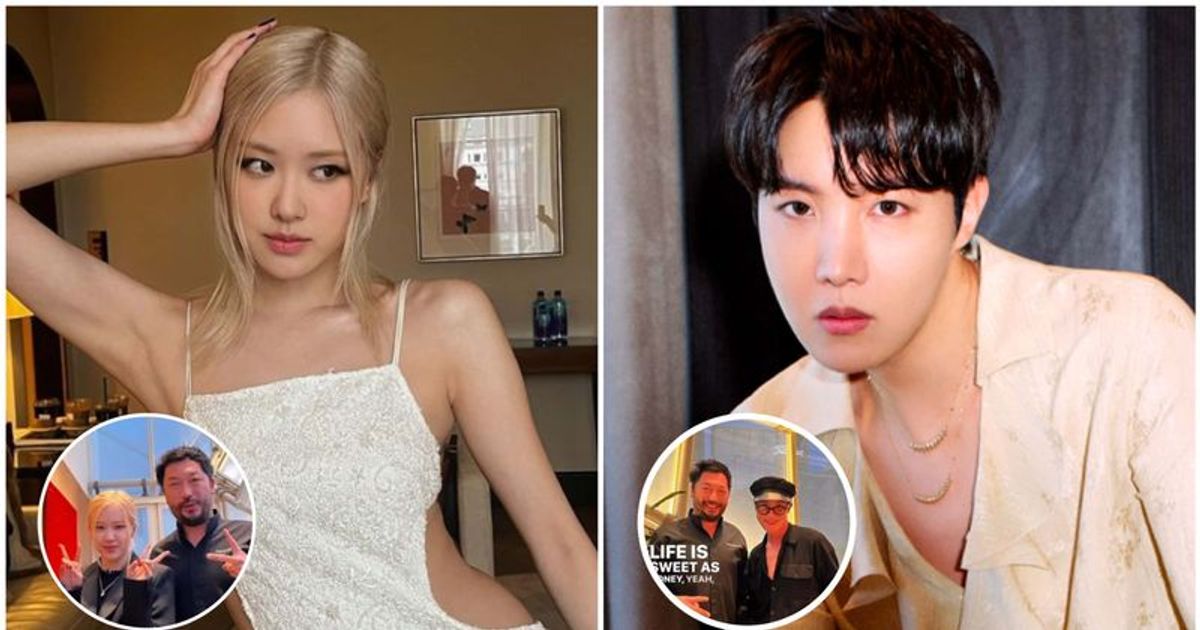 Members of BTS and Blackpink have always been linked online due to their immense popularity, but rumors of boy band members dating girl group members are spiraling out of control. Just last month, BTS’ V (Kim Taehyung) was rumored to be dating Blackpink’s Jennie after photos of the two were spotted visiting Jeju Island. The rumors about Jennie and V were refuted by fans immediately afterwards, but both YG Entertainment and HYBE, the two labels that manage the two groups, refrained from further investigating the rumors, leaving fans and trolls to deal with it alone.

Now a new rumor has surfaced linking other members of Blackpink and BTS, but fans of both groups claim the rumor feels like looking for a needle in a haystack. Rumor has it that Rose of Blackpink is dating BTS’ J-Hope after photos of the two were posted to Instagram when they met the same person. In recent days, Rose and J-Hope met Pierre Sang, a Korean-born French chef whose photos Pierre Sang published on his Instagram account. The dating rumor couldn’t be overdone as many Korean idols usually hang out with the renowned chef, but one detail makes J-Hope and Rose’s dating rumor so special.

According to eagle-eyed K-pop fans, J-Hope and Rose, from BTS and Blackpink, respectively, not only met the same chef, but also posted a photo with him on social media on the same day. What’s more, the two were also spotted with the exact same nail polish color, adding even more credibility to the rumor for some. However, despite all the suspicions, fans of the two idol groups are unwilling to accept the rumors and tear them down by begging these toxic Stans to leave them alone.

Fans claim that Rose and J-Hope hail from two popular groups, and knowing full well that everything they post online is subject to fan scrutiny, there’s no reason for them to credit the photo on their Instagram accounts Post. When matching photos are posted in the same place at the same time, it draws more attention to their relationship, if there was one, and fans believe members of BTS and Blakckpink know how to keep their personal lives private.

Plus, because the new rumor comes so close to V and Jennie’s recent dating controversy, K-pop fans have started trending “Leave Them Alone” on Twitter, asking trolls not to create romantic connections between members of the two groups. One fan said, “I saw this picture of Jhope from a rumor post where Jhope and Nayeon are dating… So the only logical explanation is that Nayeon and Rosé are dating.” Another fan said, “Knets must be bored, because Jhope and Rose are dating?? I CAN’T HANDLE THIS.” Another fan said, “I didn’t see the second picture so I thought Rose was the chef and the dating rumors were about Jhope having a Parisian chef.” One fan said, “Damn, free my girl and boy from kneading. Rosé and Jhope are whole fruit baskets. Knetz is still trying to do a dating rumor.”

Another fan said: “First it was Nayeon & JHope and now Rose & JHope. All visit the same place. Leave these idols alone, yooo. One fan said: “Ya plz f***ing holiday got out of this bruh seriously you chose a person that men literally hate and you d*mb items you’re trying to cover up with rose and jhope this time! Don’t tell me it’s Kim Garam enough is ENOUGH.. leave Rose alone from that shit for god’s sake.”